And a faulty Clock widget. 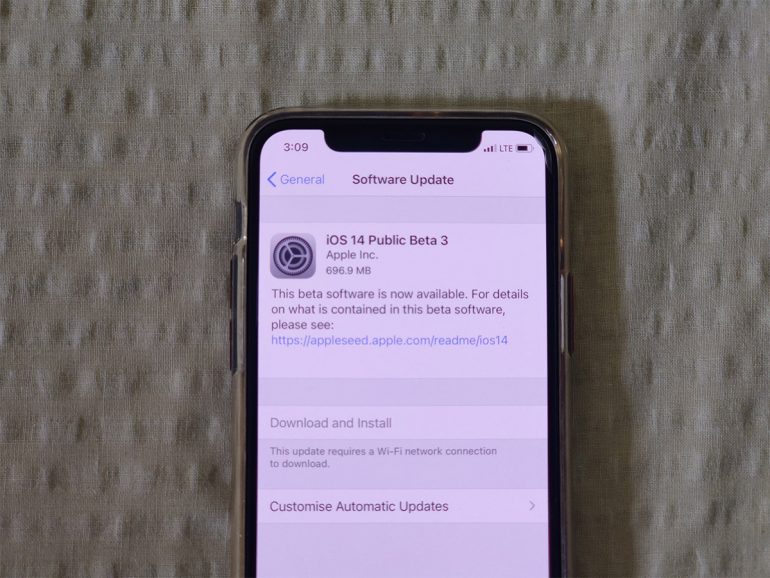 Apple has released the third beta for developers running iOS 14 on their devices. It features some new changes, both aesthetic and functional, alongside a slew of improvements. Read along to know what’s changed.

Apple hasn’t released a Public Beta corresponding to the Developer Beta yet. But you can expect it next week. Public Betas are usually a replica of Developer Betas with some internal changes in the framework here and there to make it fit for general usage. From that, we know that the Public Beta will more or less include the same features and changes.

You can install the iOS 14 Developer Beta 3 by heading over to the Software Updates tab within the About tab in the General Settings on your iPhone. This is, however, provided you have a Developer profile installed on your iPhone.

Still, it’s a Developer Beta and if you are not a developer, we suggest you abstain from installing this build as it may introduce problems in daily-life usage.

Featurewise, there is nothing significant that Beta 3 has to offer. But one change is particularly controversial. The Music app icon now looks like the one that was introduced alongside iOS 7. For some, it’s a welcome improvement. However, many are discontented with Apple going backward when it should be advancing in terms of design. Does this mean Apple has run out of design ideas? No.

This change could be to introduce a new sense of continuity between iOS and macOS. And there’s a good chance Apple reinstates the recent Music app icon before iOS 14 launches en masse. Either way, here are all the changes in iOS 14 Beta 3.

Note: These changes have been accumulated from different sources and aren’t necessarily found by me. Thanks to everyone who unknowingly contributed. Keep refreshing this page as new items are being constantly added to the list. If anything remains left out or is incorrect, please let me know in the comments section below!

Here are all the changes in iOS 14 Developer Beta 3

These were all the features we could find for now. You can check out the changes in iOS 14 Developer Beta 2 that we covered in an earlier post. As always, we’ll be posting more information about the state of iOS 14, so stay tuned.

One of the major changes in the third Beta of iOS 14 is the new Music app icon. It’s not new per se, so much as it has reverted back to the early Music icon design introduced in iOS 7. It may be a welcome change for some, but I know for sure there are many who dislike the little trip down memory lane.

What are your thoughts? Do let us know in the comments section below.