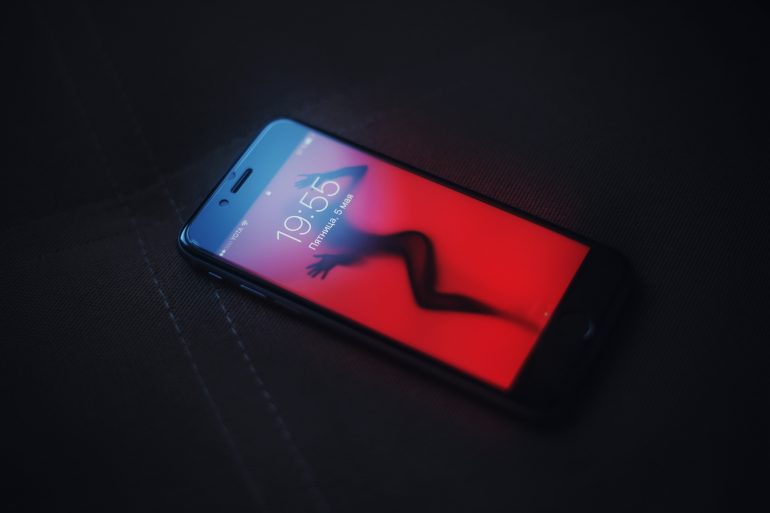 While Craig Federeghi and his team of elite software engineers re-imagined iOS 12 to focus on the overall performance and reliability of the operating system at the beginning of last year, all the good features that were initially planned ( but discarded) reach iOS 13 this June.

Usually, not many rumors leak out this early. Although, because Apple had these features planned initially for iOS 12 but didn’t follow through, the company shifted those features to test them for iOS 13. This led most of the rumors to even precede a few months prior to when iOS 12 was released.

Although, many publications online (including mainstream ones) inflate rumors by adding their own feature wish-lists. That makes the actual rumors seem fuzzy, overshadowed, and unreliable. I have, nevertheless, compiled a list of all the iOS 13 rumors we know about so far; and these are backed up by reliable and popular sources. These rumors have a decent chance of ending up on your devices.

Reputed Apple news analyst Mark Gurman tweeted that the codename for iOS 13 in development is “Yukon.” He also disclosed other features that could be released with iOS 13. I mention them further in this post, however.

To answer questions about the de facto existence of iOS 13 primarily, MacRumors, BGR and 9To5Mac have all filtered through their analytics only to find users running iOS 13 operating systems since March 2018.

These are Apple employees testing the new OS in its entirety.

Apple has been giving a lot of importance to iPads lately. Mostly, because it has a future that could stabilize Apple in the long term.

That said, Mark Gurman also reported many features specific to iPads. Those include a revamped Files app, the ability to create tabs within apps, multi-screen app support, and a few enhancements to Apple Pencil.

Now that iPad is marketed and literally used as a computer, it lacks the one thing computers are well known for. A robust file system. Hopefully, if this rumor is realized, folks with iPads could gain a whole new momentum.

Creating tabs within apps and enabling multi-screen app support could also append a new meaning to multitasking on iPads.

Gurman also said that iOS 13 will have a redesigned home screen.

This is the best rumor to date, at least for me; especially given that it has been seven years since Apple had redesigned major aspects in iOS 7.

The details of the redesign aren’t clear. Although, the word is in the air that the home screen can gain snippets (a fancy word for widgets) that dynamically update information from within apps, similar to tiles in Windows’ Mobile OS.

CarPlay, of all the things, needs an upgrade. And this rumor states that Apple has something in works for CarPlay, at least in terms of design.

It seems obvious. CarPlay on your car’s dashboard lives as a replica of the typical iOS home screen; only with enlarged app icons. It will make sense when Apple redesigns CarPlay if it’s redesigning iOS 13’s home screen for a start.

This rumor emerged from an Axios report January 2018.

However, it is not clear what exactly the changes will be.

This ,too, was reported by Axios in the same post.

Artificial intelligence has always been a thriving subject for Apple. And if this rumor crystallizes, we could see improvements in the Photos app, the camera app, and the features and services surrounding them.

Most notably, the camera will gain a slew of additional new artificial intelligence features, in my opinion. Consider the 2019 iPhone “XI” leak last week which featured a camera bump with three camera sensors capable of scanning everything in the span of five meters using artificial intelligence. These improvements could specifically be employed on that iPhone leveraging those camera sensors.

This rumor, too, was reported by Axios in the same post.

Fueled by a patent, this rumor is again worth noting. Not because it will just automatically decline a call. But, depending on your situation at the time, Siri will concoct a reciprocal message in reply to the call.

The message, however, will be created on the basis of the current location, speed, condition, etc., according to the patent. Explaining the patent, this Apple Insider article says, “According to the application, the process starts when an incoming video or voice call is detected, prompting the digital assistant to attempt to acquire as much data about the user’s situation as possible. This can include the user’s location data, if the iPhone is in Do Not Disturb or another operating mode, or even data from third-party apps that are used for specific purposes, such as a fitness monitoring app detecting the user is in the middle of a workout.”

This feature, if it ends up in iOS 13, is also capable of handling calls while connected to CarPlay. About that, Apple Insider notes, “In the example shown in the illustrations, a call from a spouse while in transit could generate a message stating the user is driving home, adding how long it will be until they arrive.”

Although, Apple’s patented call declining feature is quite different from what Google offers with its Duplex service, this feature falls somewhere along similar lines.

All-in-all, it’s a pretty neat feature that could exponentiate convenience for iOS users to a whole new level. That is, if it ever comes out in June.

Back in April 2018, Apple established an all-time high job requirement of 161 engineers to add to its team of Siri engineers, job-tracking company Thinknum reported.

This could mean a lot of things. Apple could be working on reviving HomePod by improving Siri on it. The company could be updating Siri with additional knowledge bases. But considering Apple’s vogue, iOS 13 might be in for some Siri treats. And this time could be something potentially big, considering the above fact of Apple hiring 161 engineers for Siri.

Although, the major driving factor for Apple to make a move as such, according to Fortune, is that “Apple is in a serious fight for virtual assistant dominance against Amazon’s Alexa, Google Assistant, and Microsoft Cortana. Although opinions are split, most industry watchers (including ) believe Alexa and Google Assistant provide a generally more appealing user experience.”

Apple has favored iOS 12 with the Shortcuts app that also pairs with Siri to perform some tasks that iPhone, iPad, and iPod users weren’t capable of doing before. Although, it also has certain limitations, at least when it comes to integrating with Siri. It feels unpolished to some extent. And Apple needs to fix that in iOS 13.

iMessage Features including a better connection between users and contacts.

An old rumor has emerged from under the grave (if you consider it that way) that proposes a better sharing system in iOS.

Dating back to August 2016, a Bloomberg Quint article stated, “Apple’s goal is to make sharing and connectivity with contacts a system-wide feature.” The article further mentioned that “The company has also worked to consolidate communications between users into single panels. For example, two friends could be able to see all text messages, e-mails, and social network interactions with each other in a single window.”

A feature of such prominence could be difficult to implement in light of dubious privacy implications. Even if Apple succeeds in making a one-size-fits-all communication panel between two users, it will have to tighten the ropes around security and privacy even more, especially due to increasing awareness among people about the subject.

One app lives on every device

Many people would already know about this alleged feature that emanated last year causing a lot of controversies, also engulfing people from Mark Gurman to Apple’s CEO, Tim Cook.

It all started by Mark Gurman saying “software developers will be able to design a single application that works with a touchscreen or mouse and trackpad depending on whether it’s running on the iPhone and iPad operating system or on Mac hardware, according to people familiar with the matter.”

He also stated that the project was code-named “Marzipan.” John Gruber– author of Daring Fireball –however, contradicted Gurman’s claim saying, “There is indeed an active cross-platform UI project at Apple for iOS and MacOS. It may have been codenamed “Marzipan” at one point, but if so only in its earliest days. My various little birdies only know of the project under a different name, which hasn’t leaked publicly yet. There are people at Apple who know about this project who first heard the name “Marzipan” when Gurman’s story was published.”

Soon after, although, when this whole “one app for all” rumor got out of hands, Tim Cook annulled all speculations in an interview with Sydney Morning Herald stating, “So maybe the company would be more efficient at the end of the day. But that’s not what it’s about. You know it’s about giving people things that they can then use to help them change the world or express their passion or express their creativity. So this merger thing that some folks are fixated on, I don’t think that’s what users want.”

John Gruber, albeit, again firmly states in a blog post on Daring Fireball that the rumors are true as he has also heard it from his sources. Further, he says, “I’m nearly certain this project is not debuting at WWDC 2018 in June, and I doubt that 2018 was on the table in December. It’s a 2019 thing, for MacOS 10.15 and iOS 13. I would set your expectations accordingly for this year’s WWDC.”

This pandemonium of baffling claims and their subsequent, influential opposition makes one thing clear. It’s the fact that Apple at the very least had test rounds for this feature at some point. It’s not clear, though, if this feature will end up in iOS 13. If it does, developers will have to start brewing more coffee.

iPhone 5S to be dropped off

Since iOS 12 was a performance upgrade, Apple considered the iPhone 5S for it. However, per tradition, this year would probably see Apple dropping support for the iPhone 5S. This means that iOS 13 won’t get a house in an iPhone 5S.

These were all the rumors backed by appropriate sources. As always, it’s mandatory to note that these are rumors. And the very nature of rumors attributes to their degree of uncertainty. Some of them, in my opinion, have a greater chance of crystallizing. For example, the home screen redesign. It’s inevitable.

Chances are, however, most of them won’t see the light of the day; at least this year.

Apple will most probably announce iOS 13 in its WWDC (World Wide Developer Conference) in the second week of June. Stay Tuned!

That’s all for this post. Although, what are the features you want Apple to add in iOS 13. Let me know in the comments below!