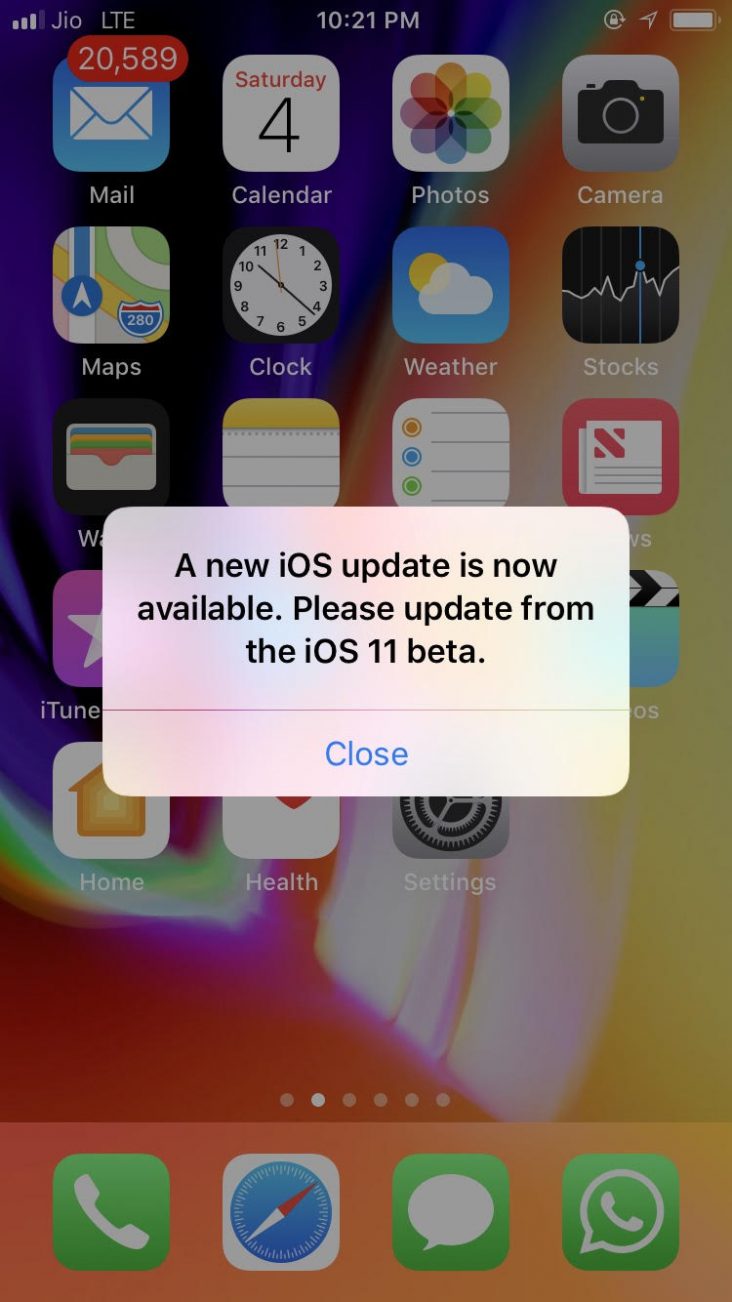 iOS 11.2 Beta 1 was released just last week and it came along with many bug fixes and the new iPhone 8 wallpapers for each device. Apple has been on point on pushing developer beta updates to its beta testers. iOS 11.1 Beta 5 had a great bug fix which significantly improved the before broken battery life by iOS 11 as a whole.

Just like every week last week was also usual, except for the release of iOS 11.2 Beta 1. Its update file had a huge size, about 1.8 GB’s. Though, the update aimed at fixing bugs and tweaking minute parts from the system software. But, recently a lot of users on Reddit are experiencing a strange bug where the phone shows a pop-up message no matter on what screen you are. The Message reads that a new version of iOS 11 is available to install. Update now! This pop-up appears too often irritating users with its presence.

Since iOS 11.2 Beta 1 is the latest software available (Excluding iOS 11.2 Beta 2 which is just for the iPhone X), there is no chance that a new software can be installed. And that’s what the problem is. The pop-up asks you to update to a newer version but it doesn’t itself have an “Install” button, except it just has a close button. The pop-up appears whenever you unlock your phone and even when you open or exit any of the apps on your phone. It becomes quite annoying as I’ve experienced it myself. There are also several workarounds that’ll help to get rid of that message/ pop-up which include hard resetting your iPhone. Another way to prevent this is to reset all the setting on your iPhone. To do that, go to Settings – General – Reset – Reset all settings.

We clearly hope for this bug to get fixed as soon as it’s possible in the later builds or versions of the Beta. For other things, iOS 11.2 Beta 1 has a moderate battery life and is clearly not better than the battery life that we got while rocking iOS 11.1 Beta 5.

Hope we get to see a lot more from Apple in the upcoming weeks. The most awaited feature is Peer-to-Peer Apple payments through iMessage that was announced in June along with the announcement of iOS 11.

Take a look at my exclusive review of Android after I’ve been a long time user of the iPhone.