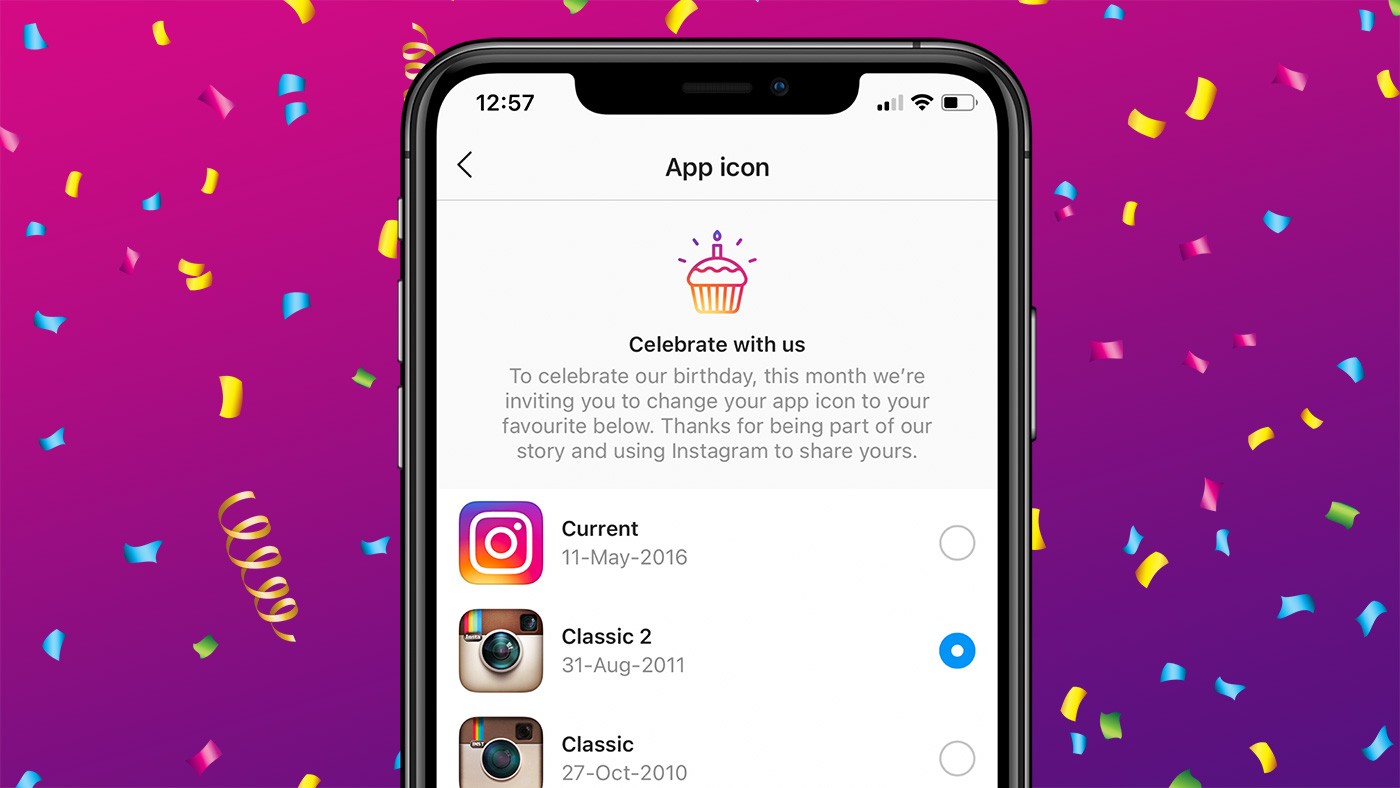 Instagram has issued an update in celebration of its tenth anniversary that includes a fun and nostalgic easter egg. You can now change your Instagram icon to the old icons that the app shipped with in the past as well as some new color options.

In all, there are 13 app icons you can choose from including the default icon. Those include Instagram’s signature Polaroid icon that has been one of the most popular icons the company used during its initial years. There’s also Instagram’s pre-launch icon that the company probably used as a prototype along with the icon that Instagram originally launched with. Some app icons in the list also mention when they were first updated.

Since it’s an easter egg, you’ll have to first find it within the app. Don’t worry, we know where it is! Head over to the Settings tab in the Instagram app and simply swipe down until you see a line of emojis that seem like they’re inviting you. Once you reach the end of the emoji line, a list of app icon options will slide over from the right along with virtual confetti.

In order to access the easter egg, you’ll need to update the Instagram app to version 162.0. However, it seems that Instagram is still slowly rolling out this to users as The Verge’s Sam Byford notes that it only worked on a couple of phones he tested, not all of them. There’s yet another new feature in today’s update that allows you to view a private map and archive of your stories from the past three years.

“To celebrate our birthday, this month we’re inviting you to change your app icon to your favorite below. Thanks for being part of our story and using Instagram to share yours.”

This indicates that the app icons will only be available for the month of October, so get a hold of them before the month slips out and don’t grow too fond.

It’s Instagram’s birthday today. The app launched on the App Store 10 years ago on October 6th, 2010. The photo-sharing app company, which is now owned by Facebook is offering these new icons as a way of celebration. Happy Birthday, Instagram!

It’s interesting to note that the iPad launched in 2010 as well. This was the time when the App Store was relatively new and featured less than 300,000 apps and games—as compared to 4.4 Million apps and games today. It’s 2020, but Instagram still doesn’t have an iPad app.