If you are ready to shred $1000 to gain ultimate durability, CAT’s new S61 rugged phone might be for you! 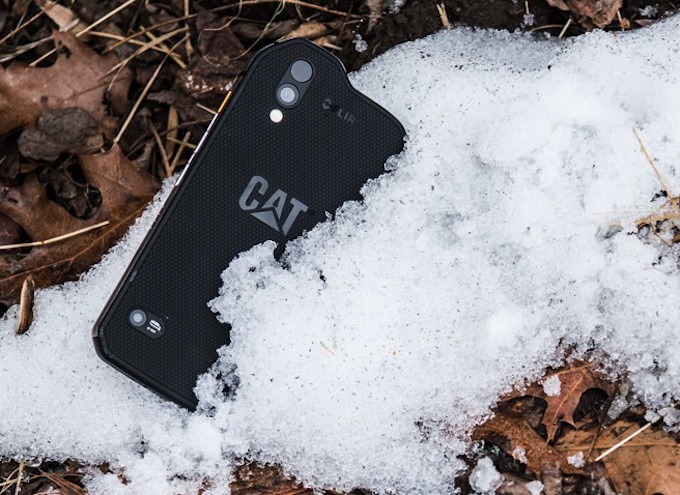 Having a smartphone is a blessing these days. Almost everything you do or intend to do can be seemingly done on a smartphone. Although, sometimes those mechanical pieces of brilliant engineering fail to resist certain natural situations and damage themselves to such an extent that they almost become unusable.

Well, you might have heard about the smartphone manufacturing company CAT. If you have, you might have as well heard about its devices’ ruggedness. Anyways, for those who don’t have a clue what CAT is, it is a company that is well-known for producing military grade smartphones with exceptional hardware in it.

Though, this time, we may have something new here. CAT recently unveiled its S61 smartphone. Breaking out of the flow at this point, I want to confess that this phone is not made for everyone, except for those who perform hardcore adventure activities or are involved in factory-work. Moving on, when you glance at the CAT S61 smartphone for the first time, you can sense the feeling of ruggedness and it clearly looks like a phone that a military personnel may use. 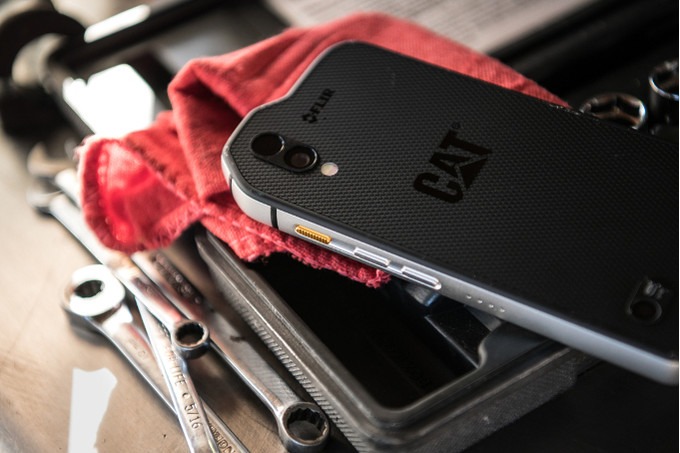 But, the magic does its work when you lift the phone into your hands. It has a certain weight to it that makes it feel good in the hands. Not to mention the rough, textured look at the back which is actually designed to increase your grip. Additionally, has military grade aluminum encasing at the sides with solid buttons that don’t wobble like the ones on an iPhone.

Speaking of adventure handling, this phone has a standard IP68 water rating and can easily survive 1.8 meter long drops on concrete. Although, the build quality is not the only thing appreciable about this device; it has some cool features as well.

This phone is an all-rounder in terms of the ubiquity of important tools that should be present in a rugged smartphone. It has a Volatile Organic Compound (VOC) sensor that senses the air quality around a certain radius of the device. If you are carrying the device, you can be saved from harmful situations. Situations such as a gas leak in a factory or the chemical smell from paints etc.

Well, the fun doesn’t end here. The CAT S61 has a laser shooter that can be used to measure stuff. Although, the laser can only shoot up to 10 meters.

It runs on Android Oreo and has an inadequacy of software navigation buttons. Instead, the buttons are bodily present at the front, adding to its sturdy look. In terms of internal power, this phone fares up pretty decently. It has 4GB of RAM, 64 GB of internal storage and a monstrous 4,500 mAh battery and a Qualcomm Snapdragon 630 processor. Additionally, it has a 16MP rear camera and an 8 MP front camera both capable of capturing 4K video. It also has a 5.2-inch FHD bright display which is optimized for outdoor use. The fascinating part is that you can use the display even when you have your gloves on or if your hands are wet. At least that’s what expected on a smartphone this handsome.

I suspect female smartphones may be crushing on this awesome ‘hunka-hunka!’

Although, the CAT S61 has a price range that can be disappointing for some people. Its monetary value can be easily matched with an iPhone X and is imperceptibly more than a Pixel 2 XL. You might have guessed it from the sentence above. But, I gotta say it anyway: This phone costs $1000.

It is planned to be unveiled in the second quarter of 2018 when most of the big smartphone manufacturers might be actively launching their flagship products.

CAT is not the only company that has been producing military grade rugged smartphones. Samsung has also tried its luck on its Galaxy S series by converting them into their rugged versions called the Active series. At the end of the day, most of us need a phone that can do simple tasks like texting, calling, swiping left on Tinder etc! Although, the extraordinary use of smartphones cannot be denied as well. You just got to give it to them!