How to take ultrawide photos using Instagram on iPhone? 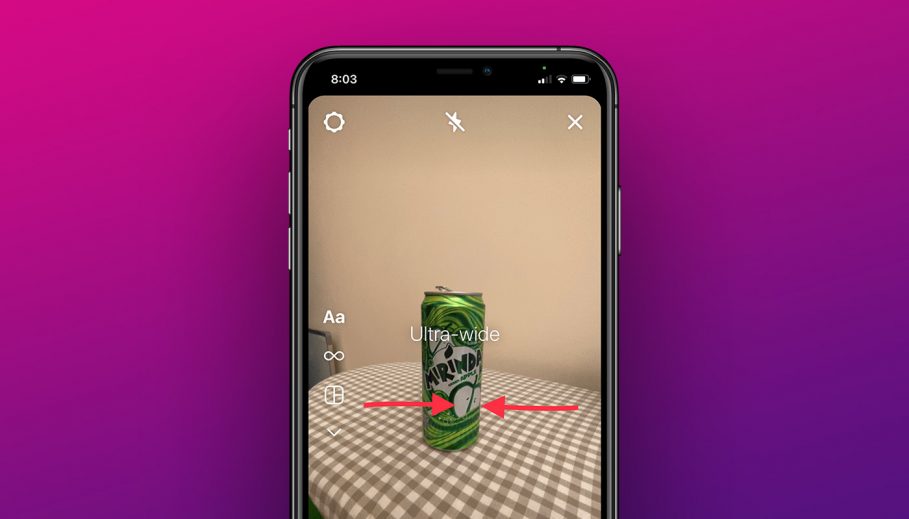 Up until recently, if you wanted to capture a quick ultrawide photo using Instagram’s in-built camera, you’d have to leave there and head over to Apple’s default camera app. That’s changed as Instagram now allows you to capture ultrawide photos right from the app itself.

Capturing ultrawide photos requires specialized hardware like the additional ultrawide lens present on the iPhone 11 devices lineup. The ability to capture ultrawide photos is a tentpole feature of the latest iPhone models. These allow you to capture more in a frame than you could with a standard lens while you’re stationed at a particular point.

This feature has gained a lot of positive reviews from both professionals in the camera industry as well as individuals. The way you can take an ultrawide shot is by using Apple’s default camera app. Since Instagram is a popular photo-sharing platform, it didn’t make sense for the developers to not include this feature in-app. However, now that it does, it’s quicker to capture and post those shots right within Instagram.

That said, here’s how you can capture stunning ultrawide shots right from the in-app camera interface on Instagram.

Don’t worry. The process is simpler than you think.

It’s worth noting that Instagram does not allow you to capture ultrawide selfies, which is also a feature the latest iPhones support through the default camera app.

With the ability to capture ultrawide photos right from the Instagram app instead of using Apple’s own camera application, you can now post them to the social photo-sharing platform quicker than ever.

How to subscribe to the Apple One subscription bundle

5 Reasons why MagSafe Wireless Charging is better than Lightning

iOS 14 Tips: How to add TikTok widgets to your iPhone’s home screen

No, Apple’s 20 Watt power adapter isn’t the only one that supports full 15W charging through MagSafe

To the unconventional awesomeness...
wpDiscuz
0
0
Would love your thoughts, please comment.x
()
x
| Reply