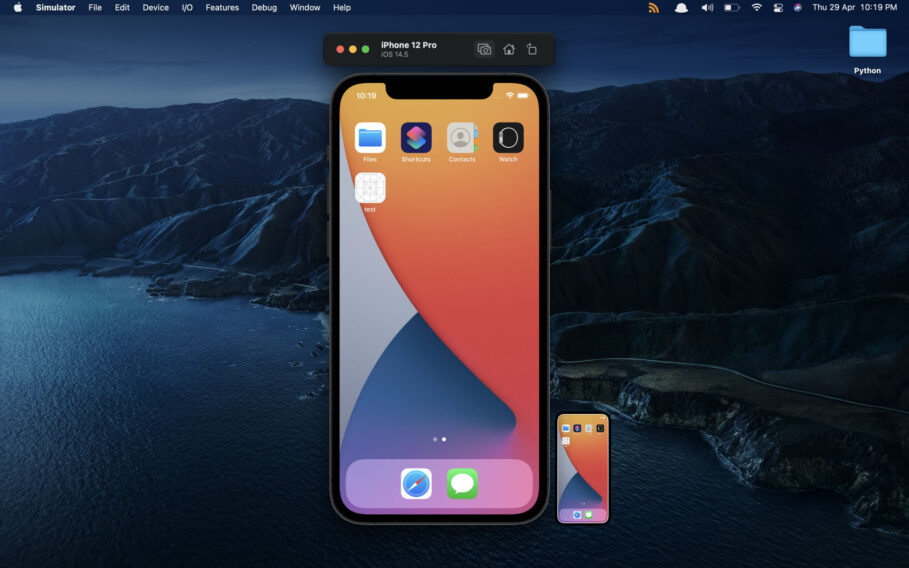 Xcode has a handy simulator that lets you test your app instantly right on your Mac. This eliminates the need to keep your iPhone connected during the development process. Just like a physical iPhone, the simulated iPhone helps you find bugs along the way and ensure your app works perfectly before finally shipping it.

One feature that it lacked for a long time was the ability to record the screen on the simulated iPhone. There might be many instances where you might need to capture a screen recording. You may need it to show an app’s behavior to your team or might simply want to record a video for documenting the process of making an app.

iOS added the option to record an iPhone or iPad screen in iOS 11, which debuted in 2017. Despite that, Apple did not add a screen recording option to the Xcode Simulator.

Fortunately, though, Apple finally added the functionality alongside the recent release of iOS 14.5. The new option is a part of Xcode 12.5, which, as of this writing, is the latest version. If you are on an Xcode version earlier than 12.5, you’ll need to update it in order to use the screen recording functionality within the Simulator.

In this article, we’ll discuss ways you can record the screen on Xcode’s Simulator. It’s worth noting that while the screen recording feature is new, Xcode has always included the ability to capture screenshots within the Simulator.

Apart from recording the screen, the Xcode Simulator also lets you save it in two different file formats: as an MP4 and as a GIF. As soon as the recording stops, Simulator presents it as an MP4 where you can also perform additional steps to save it as a GIF.

How to record the screen on Xcode Simulator

An alternate way to record the Xcode Simulator screen

If you do not prefer holding the Option key and clicking the Screenshot button—which are two steps—you can simply press Command (⌘) + R on the keyboard.

This will begin recording the Simulator’s screen instantly.

How to save Xcode Simulator’s screen-recording as a GIF

After the recording stops, a preview appears. Right click on the preview and click “Save as Animated GIF.”

You can also save the screen recording in both MP4 and GIF file formats. In order to do that, right-click on the preview, then hold down on the Option (⌥) key. Finally, click on “Save Copy as Animated GIF.“

How to change the size and quality of screen recording GIFs

Thankfully, Xcode’s Simulator also lets you set the size and quality of screen recording GIF. There are three image size options to choose from: Small (320px), Medium (640px), Large (1280px). You can also optimize GIFs for smaller file size or for smoother animation.

In order to change the size and quality of the GIF: