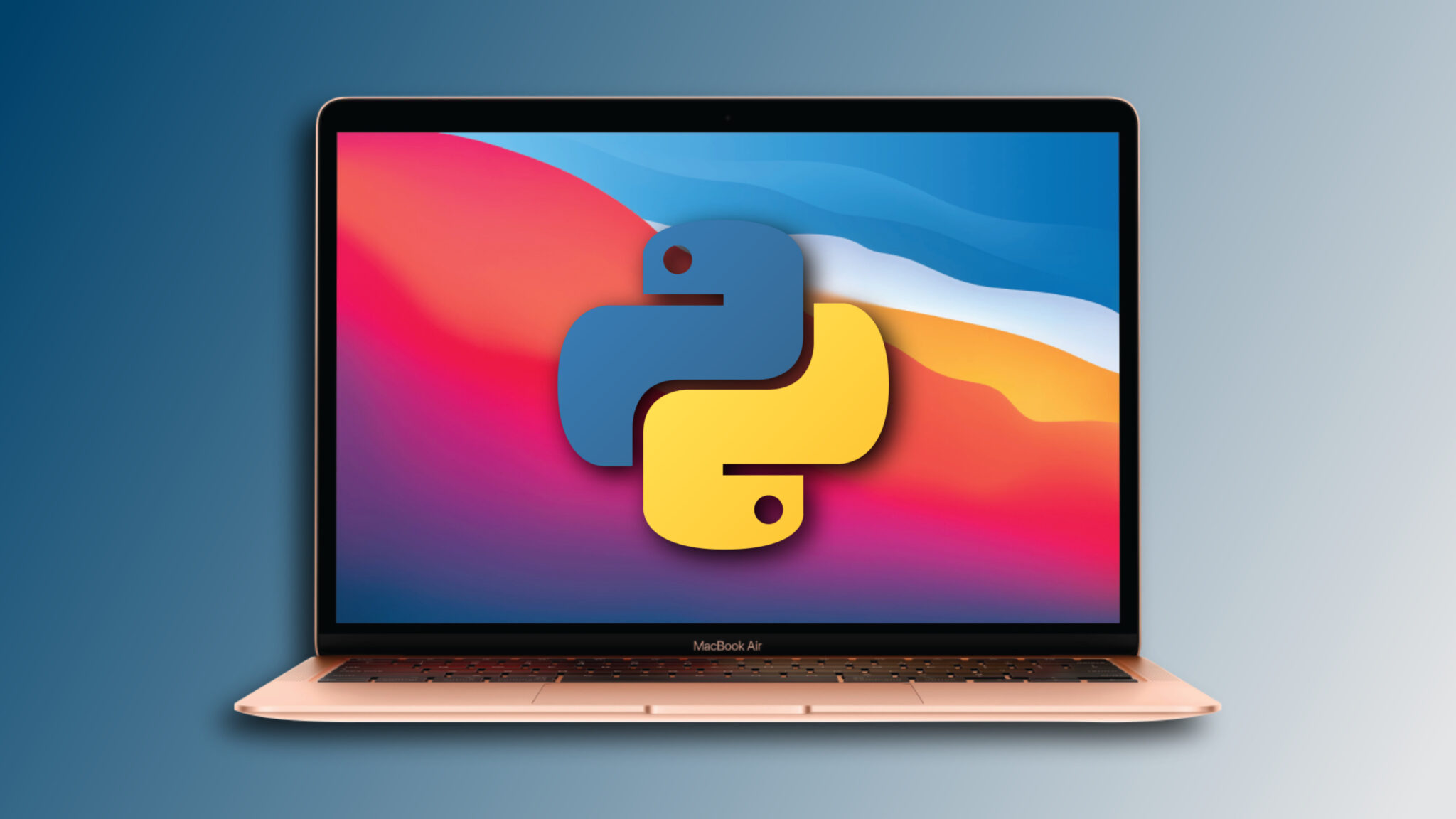 When I recently switched over from my Windows PC to an M1 MacBook Air, I realized I also needed to transfer the Python scripts I wrote for discovering and reporting news at The 8-Bit.

I thought it would be an easy task as I’d simply install Python and then change file paths within my code to match macOS’ filesystem. What I took for granted is the possibility that it would be a nightmare to install and set up Python on my Mac.

The problems I faced…

Macs come with multiple versions of Python pre-installed. That’s essential for utmost compatibility. But it isn’t so much when you’re planning on working with Python for your projects.

Modern applications and libraries require the latest version of Python, which, at the time of this publication, is 3.9.4. While you can also work with recent versions like Python 3.8, the latest version is recommended for utmost compatibility.

The Python version that comes pre-installed in macOS is 2.7. There are older versions as well, but 2.7 is the latest pre-installed version. The problem is it’s deprecated and is not recommended for use in new projects.

Naturally, a clear course of action would be to delete the old version of Python and install the latest version from Python’s official website. But that might open up a whole new can of worms as some functions within macOS might be dependent on these old versions of Python.

So, knowing that, I went along to download the newest version of Python—3.9.4—and installed it directly by following the instructions in the executable file. Once I did that, I downloaded Microsoft’s Visual Studio Code editor and set it up to work with Python. Just to test it out, I wrote a simple “Hello, World” Python application and tried to save it.

That’s when VS Code pushed me to install Pylint, which is a source code, bug, and code quality checker for Python. I tried installing it from within VS Code itself, and it installed properly.

Now, I needed to install the BeautifulSoup library for one of my web scraping projects. Prior to that, it was imperative to install pip. So, I opened the good ol’ Terminal and typed this:

Thinking I was set, I now tried installing BeautifulSoup using pip. Here’s the command I used:

Or so I thought.

When I tried importing BeautifulSoup in my code, I got hit with this error:

Apparently, the new version of Python that I installed from the official website also somehow installed an older version—3.8—and the libraries I downloaded were installed inside that. inside that. However, even though I copied them inside the Python 3.9 folder within “/System/Library/Frameworks/Python,” when I typed in “python3 filename.py” in the Terminal, I was hit with the same error.

I am yet unsure as to what was causing the issue, but this is what I think happened. While Python 3.9 was the main Python installation on my Mac, when I called in the “python3 –version” command within the Terminal, it would return Python 3.8 as the version that’s installed.

I tried deleting the Python 3.8 installation folder as well, but unfortunately, it kept prevailing.

Defeated, I turned to the internet for help where I learnt of something called as pyenv.

It’s a virtual environment for Python. You can host multiple instances of Python and easily switch between them using pyenv. The best part, however, is that it’s set up in a way that individual Python installations are completely isolated from each other such that one version cannot interfere with another.

The added benefit is you can also test out your code on multiple versions of Python simultaneously. Pyenv is nothing short of a game-changer when it comes to Python. And I would absolutely recommend you use Python for development purposes.

Here’s some of the things that pyenv can do, according to its Github page:

How to install Python using pyenv on Mac

In order to install pyenv on Mac, it’s best to use Homebrew, which is a popular Mac package manager that makes installing developer packages easy. It was also recently updated to natively support M1 Macs. Unfortunately, Homebrew does not come pre-installed on macOS. In order to install it, you need to use the Terminal. So, if you aren’t familiar with using a Terminal, follow the steps mentioned below as is.

Now that you’ve installed pyenv successfully, we need to set it up so that it is the default option when we open the Terminal the next time for using Python.

You can also copy the code from here instead. You will need to paste this later:

Step 5: Configuring Python to set it as a default version the next time you use the Terminal

Note: Replace “3.9.4” with the version of Python you installed earlier.

That’s it! You’ve successfully installed Python on your Mac.

MacBooks are said to be one of the best machines for programmers, yet as it goes with machines, it’s normal to face hiccups now and then. If only I’d known about the pyenv method of installing Python, it would’ve saved me a ton of time that I otherwise spent researching how to do it.