It's not as truthful as it seems, though. 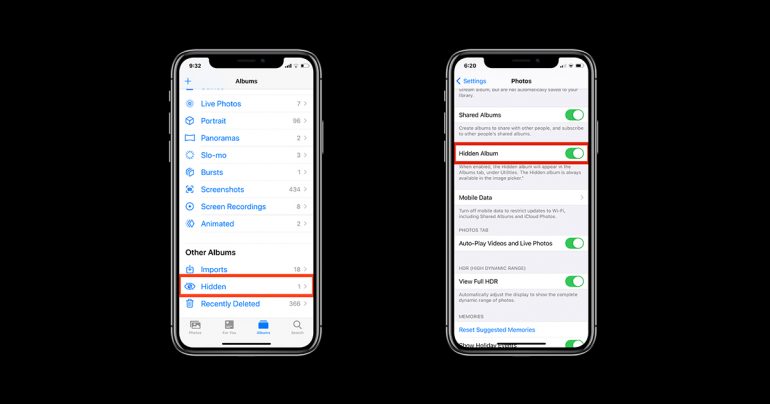 I get it. You’ve got photos on your iPhone and you want to share them. And if you’re even as close to anyone like me, you hand over your phone to others for them to sift through your camera roll.

While that’s normal, the thought of others finding my inadvertent selfies always creeps me out. What’s the solution, then? I can hide my photos; and so can you. Your iPhone even lets you do that easily. But somehow the whole concept of hiding photos was kind of lost on Apple developers working on the Photos app in your iPhone up until now.

Up until now, hiding your photos on your iPhone using the native Photos app meant stuffing them into an album labeled “Hidden.” But that’s not where the problem laid. The Hidden album was just as easily accessible as any other album within the Photos app while it should’ve been inconspicuous. Suffice to say, your photos weren’t actually hidden within the Hidden album.

But that’s changing. Starting iOS 14, you can now hide the Hidden album as well. This means that, by extension, your photos will stay truly hidden.

That’s it. The Hidden album will now have been disappeared from within the Photos app.

Now that we’ve learned how to hide the Hidden album from within the Photos app, here’s a quick refresher on how to hide, unhide, and view your photos.

How to hide a photo within the Photos app?

The photos that you hide using this process will be stashed away in a separate folder labelled “Hidden.”

How to locate the hidden photo?

How to unhide a photo?

Your photos will now appear back in their original locations within the Photos app.

It’s a good thing that iOS 14 now lets you truly hide photos on your iPhone without requiring third-party apps. However, the “true” nature of the hidden photos is still very questionable. That is because the photos are only hidden to someone who isn’t actively looking out for them.

If you hand over your phone to a person who knows how to re-enable the visibility of the Hidden album within the Photos app, this whole exercise of yours to hide the album might stand ineffective.

But there are ways to avoid that and really, truly hide your photos. But the process is usually a bit vague or involves downloading a third-party application. Although, if you are someone who is serious about hiding their photos, you must consider the alternatives. Talking about the vague processes first; you can use the Notes app to create a note, attach your photo that you intend to hide to it, and lock the note. This also allows you to add an additional level of security by locking your photos while hiding them.

Another way you can hide your photos is by adding them as attachments to one of Apple’s own iWork suite of apps such as Keynote or Pages. Those also let you lock your documents providing an additional level of security.

How to hide photos on an iPhone using Notes

Thankfully, the Notes app lets you attach photos within individual notes. This means that just like any other note, you can lock the note with the attached photo helping you effectively hide it and keep it out of reach of lurkers.

Here’s how you can hide your photos inside a note and lock it:

Unfortunately, you cannot hide a note from appearing in the notes list. Locking photos within individual documents in Pages and Keynote follows a similar process. However, these methods are far from intuitive when you want to view your photos again.

Usually, when it comes to hiding your photos, using third-party apps seems to be the best way but those should be your last resort. Since some apps use cloud services to sync photos and hold them under an account, there’s always the risk of your personal photos being compromised. Furthermore, the apps that lack a cloud-based backup service aren’t usually good enough. That said, here are some recommendations of apps that may suit you well:

The products mentioned within this post are not sponsored and editorial content is not influenced by these.