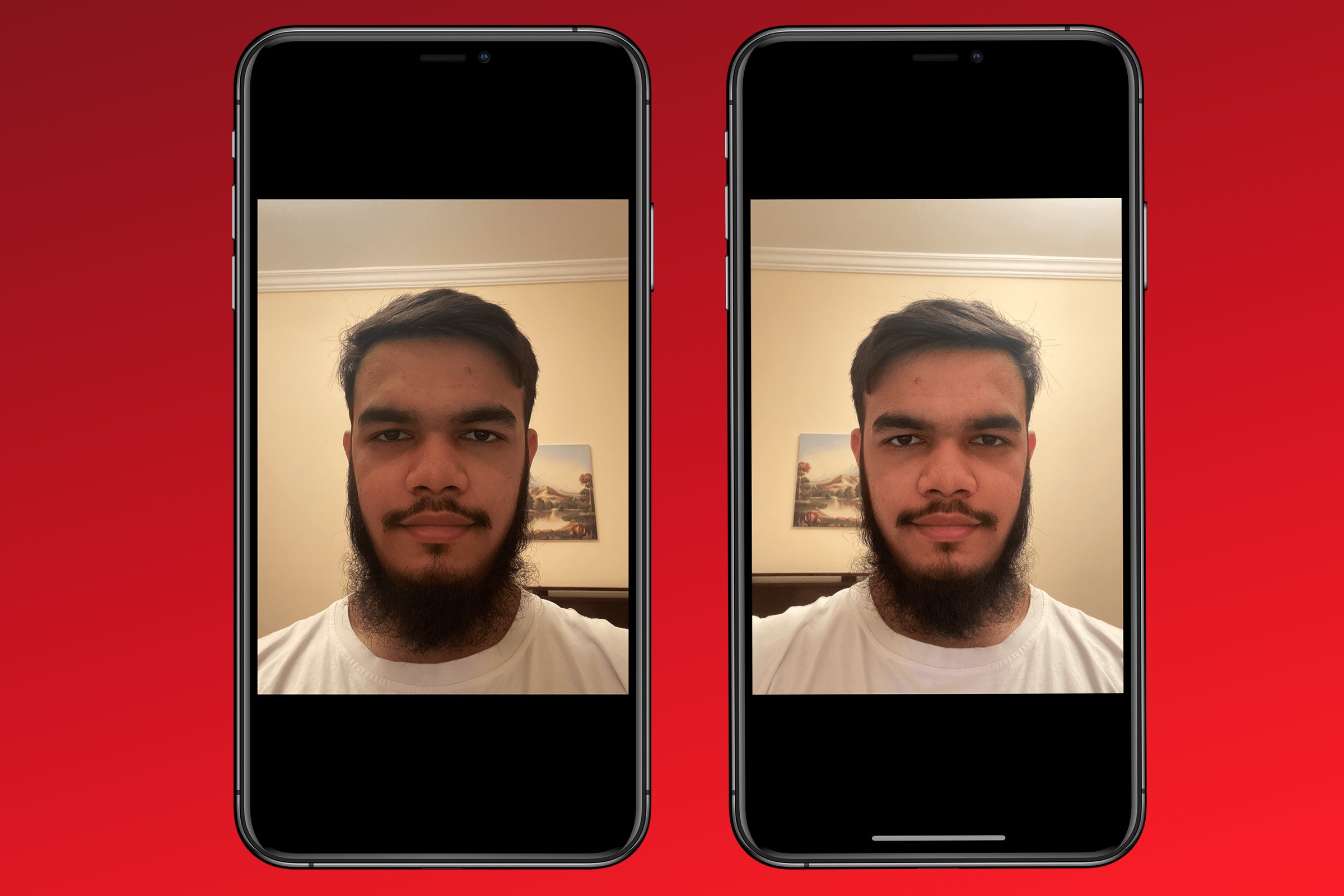 Here’s how to capture mirrored selfies on iPhone with iOS 14!

The process of clicking selfies involves hefty trial-and-error. Normally, I can bet there is no one that takes a perfect selfie at the first attempt. Settling on a selfie that’s even acceptable for our human minds requires much deliberation and camera roll sifting. Your iPhone makes that process a tad more complex.

What it does is that when you click a selfie, it flips the image before saving it, making the final product appear more true-to-life. But for some people, true-to-life simply doesn’t feel satisfying. And if you are someone like me, it feels outright weird.

I prefer my selfies captured on my iPhone mirrored or unflipped; just like how I get reflected back from my mirror that’s hanging on my wall each day as I ready myself for the day. If you follow, read along to learn why selfies on your iPhone get flipped as soon as you capture them and how to capture mirrored selfies to start with.

Until now, you couldn’t capture unflipped/mirrored selfies right off the bat with the iPhone’s native camera app. But starting from iOS 14, you can now toggle mirrored selfies on or off within the native camera app. This means you can now set your iPhone’s camera app to produce selfies as they appear in the viewfinder before tapping the shutter button. However, the front camera is still set to flip images by default.

It’s worth noting that the whole argument of whether selfies taken from the front camera should be mirrored/unflipped is an old one. People are split on their preferences. Some prefer flipped selfies because that’s how the subject in real life would appear. Others prefer unflipped/mirrored selfies simply because they are more familiar and are how the iPhone previewed they would look like.

Why do selfies get flipped in the first place?

The answer to this question is more interesting than you think. There are two possible, plausible explanations as to why your iPhone captures flipped selfies right off the bat.

First, the viewfinder on your iPhone (the preview of the photo before capturing it) within the camera app displays a mirrored preview of the subject while using the front camera. This relates to our behavior as humans in the real world. We are habitual to looking at ourselves in a mirror all the time. So, it only feels natural and customary to offer a preview that’s mirrored. Also, offering a mirrored preview within the camera app ensures you don’t get confused.

Imagine trying to capture a selfie with an unmirrored camera preview. Your right hand will appear left in the preview and it will become difficult to coordinate your position and the setting of the photo.

Then, if mirrored previews while taking selfies suit users well, why do iPhones ultimately flip the image? Because that’s how you appear in real life. That’s how others see you. Your iPhone shows you how you actually look as opposed to what you’ve been seeing in mirrors your entire life. Putting it differently, flipped/unmirrored selfies give you what the front camera sees despite what you see in the viewfinder while taking the photo.

The second explanation is that smartphone manufacturers that flip your selfies when selfies are captured using the default camera app do so to improve user experience. A common observation that can be made while viewing something in a mirror is that it gets inverted. Mostly, the inversion is often ignored by us. However, when asymmetrical elements like certain shapes and text appear in front of a mirror, they too get inverted which makes the text unreadable.

To avoid wastage of such detail in your selfies, your iPhone flips them so that text and other asymmetrical elements make sense. However, that comes at the expense of your faces appearing flipped (example: hair appears parted in the opposite direction). Now, some people (including me) don’t like that. But many don’t bother. Ultimately, then, Apple and other smartphone manufacturers decide to capture flipped selfies by default. Until now, Apple didn’t even offer an option to change that behavior. But that is finally changing with iOS 14.

I’ve already mentioned why I despise flipped selfies (because I think they make me look weird), but the problem with mirrored selfies is that although they let you preview yourself as you would in a mirror, it’s far from reality. Despite that, it’s surprising to learn that almost every social media app that lets you post photos mirror selfies. We’ll discuss why deeper into the article.

iOS 14 lets you choose whether you want your selfies to be flipped or not/mirrored or unmirrored. By default, they are set to be flipped as soon as you hit the shutter button. But you can change that from within the settings:

With this option enabled, photos captured from the front camera on your iPhone will appear exactly as they do in the viewfinder preview.

How to use third-party apps to take unflipped selfies?

Since Apple didn’t offer a toggle to switch between mirrored and unmirrored selfies up until now, there are tons of apps in the App Store that exist simply for helping you take unflipped selfies. What’s surprising is the fact that almost all social media apps offer cameras that take mirrored selfies. Why?

Because people posting their selfies on social media want to look the best and best sometimes means what people are most accustomed to. So, when we see our inverted reflections in a mirror, it’s only natural to want to show the same look to friends and followers.

That said, if you are on a firmware version below iOS 14, you can download third-party apps that let you capture mirrored selfies since the native iOS camera won’t let you do that. I’d recommend downloading “Mirror.” It’s a simple app that gets the job done without any hassle. However, you’ll have to bear pesky advertisements throughout the app. But you can get rid of them for a one-time purchase of $2.99.

However, if you already have any popular social media apps including Instagram, Snapchat, or Facebook, you’re good to go. Personally, I prefer using Snapchat because it opens up directly into a camera interface making it less distracting while initiating taking a selfie, and lets you get to it right away.

Here’s how to unflip a selfie after capturing it

iOS 13 brought along a lot of improvements to the Photos app and the photo-editing options within. One such improvement was the introduction of an “invert tool” that inverts an image horizontally. Here’s how to use the tool to invert selfies horizontally and unflip them in the process:

Since the “invert tool” is a new addition in iOS 13, users on iOS 12 have to rely on third-party apps. Adobe Lightroom Photo Editor is a decent app that lets you easily unflip your selfies. Here’s how to:

You wouldn’t have thought taking selfies involves such deliberation. But it’s ultimately your choice. Do you like your real-to-life, flipped selfies like the ones your iPhone’s native camera app captures or unflipped/mirrored selfies that Apple now allows you to opt for? Let us know in the comments below!

The products mentioned within this post are not sponsored and editorial content is not influenced by these.