How to access Siri from Spotlight search on the iPhone and iPad in iOS 13?

Siri keeps getting better and better. 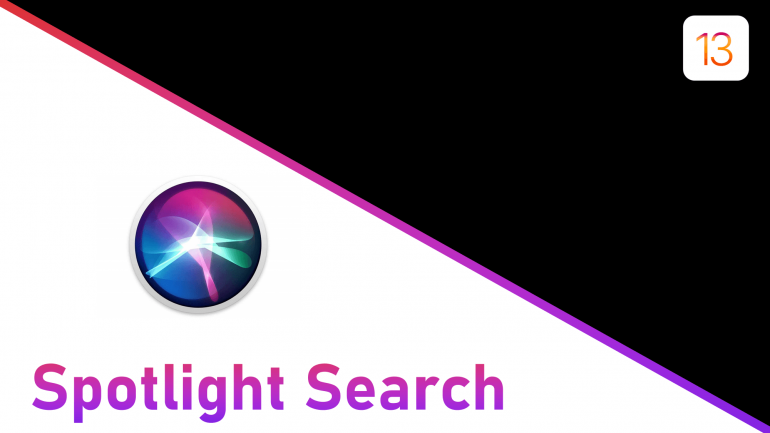 Did you know iOS 13 brings a new way to access Siri other than holding onto physical buttons?

This new way helps save time, allows not to make people around you uncomfortable, and gets you the information in a way you’ll like. Or, if you think plainly, this could be just another way to access a virtual assistant living in your device.

Siri, two years back, was a joke. It did almost nothing you wanted to be done. It couldn’t even set a timer when asked to do so. And justifiably, it attracted some negative criticism both from Apple enthusiasts and from those who have no relation with Apple’s ecosystem but had heard about Siri’s inefficiency elsewhere on the internet. Apple had to fix it.

And now I would take pride in announcing this: Siri is fixed. It can finally perform tasks that a virtual assistant is expected to perform, regardless of Apple’s private, walled approach which is persistent even in 2019. iOS 13 brings a shit ton of new improvements with Siri, which smartly now powers almost everything happening on your iPhone.

Just for a taste of how Siri has improved with this update, it now tracks how you like to use your phone and suggests you stuff inside apps that continue the trend forward. It’s barely noticeable though, mainly because it integrates so well into your workflow that it becomes imperceptible. Its companion app– called Shortcuts — is essentially Siri in disguise. It uses Siri’s neural intelligence coupled with Apple’s custom-made neural chip to automate tasks on your iOS device, just like IFTTT (If This, Then That).

Having that said, let’s learn how to access Siri in the new way I was talking about earlier in the post and what it is in the first place.

How to access Siri using Spotlight search on iOS 13

Among the plethora of new changes and improvements in iOS 13, one is that you can command Siri just by typing in Spotlight search. Note that the older options of holding on to physical buttons (like the home button on iPhone 8 and before and double tapping the Power button on the iPhone X and later) and speaking “Hey, Siri” out loud to summon it, are still prevalent. This is just an alternative way.

Spotlight search is accessible from the cover sheet, even if you are in a third party app. This makes it the best contender to access Siri from. It is easily reachable and can smoothly integrate into your workflow. Plus you don’t have to speak, thereby eliminating the scope for any errors and retries.

iOS 13 comes with glaring new features that are, in an ironic way, dark. Yes, the new iOS ships with a full-fledged, true dark mode. Plus many other fascinating changes round up iOS 13 to be the best operating system that Apple released last week for the iPhone and the iPad.

In a nutshell, iOS 13 is an operating system that has improved by listening to people want.

Here are some more guides on iOS 13: