Here’s everything new in HomePod’s 14.1 software update, including support for Intercom 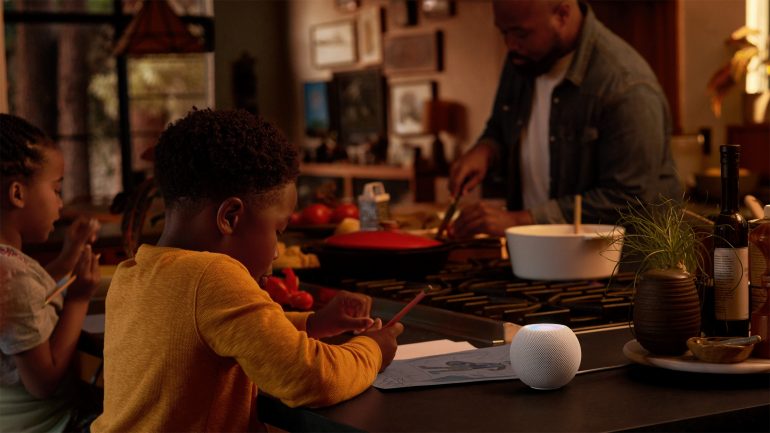 Alongside iOS 14.1, Apple has also updated HomePod’s firmware to version 14.1. It features a ton of interesting updates, unlike iOS 14.1, that improve the overall user experience of the HomePod.

You can update your HomePod’s firmware using your iPhone. All you need to do is head over to the Home app, tap on the Home icon in the upper left corner of the screen, and go to the Software Updates tab. A new update for your HomePod should show up.

Note that HomePod software updates are set to install automatically. However, you can always flip the green switch on the option to install updates automatically in the Software Updates tab within the Home app.

Apple held an event on October 13. At the event, it announced a couple of new hardware products including the new iPhone 12 lineup and the HomePod mini. Alongside the HomePod mini announcement, Apple also introduced a slew of new features that extend the possibilities of what you can do with your HomePod. At the time, the company said the new features would be available in a future software update. Now that it’s out, here’s what is new.

First and foremost, there’s the new Intercom feature that lets you use iCloud Family Sharing to communicate with your family members at home using the HomePod as an intercom. The feature also works remotely, meaning you can send messages to your HomePod while you’re in a car, either by using your phone or invoking Siri on CarPlay. We’ve written an entire article about it that you should definitely give a read to.

The new update also paves the way for the upcoming HomePod mini that’s supposed to launch on November 16. It’s likely it will ship with firmware 14.1 out of the box.

Then there is handoff support that lets you transfer a track that is currently playing on your iPhone to your HomePod just by bringing it in close proximity to your HomePod. There was speculation that this feature would only be supported by the new HomePod mini since it has Apple’s U1 chip (which is used for Ultra-Wideband) which was supposedly required for it to work. However, Apple’s product pages say that handoff also works on the original HomePod.

Siri is also improved a lot. It now lets you speak an address to your HomePod and then have it appear as a suggestion on your iPhone within the Maps application. Siri can also, finally, set music as an alarm tone on the HomePod, which is a feature lot of HomePod owners had been long demanding. Apart from that, you can now play podcasts, music, and radio from third-party services as well. Spotify, unfortunately, isn’t one of those services.

These were just the highlights of what’s new. Here is a list of every new feature in HomePod firmware 14.1 according to Apple’s Release Notes:

‌Siri‌
– ‌Siri‌ suggestions appear in Maps when you ask ‌HomePod‌ for information about a location
– Web search requests to ‌HomePod‌ can be sent from ‌HomePod‌ to your ‌iPhone‌
– ‌Siri‌ can now stop alarms, timers, and media across ‌HomePod‌ speakers
– Voice recognition support for Podcasts for multiple users in the home

Other improvements and fixes
– Add music to your alarms and wake up to your personal song, playlist, or radio station from ‌Apple Music‌
– Fixes an issue where stereo pairs can sometimes play out of sync
– Improves reliability when using ‌Siri‌ to control multiple speakers
– Optimizes ‌Siri‌ performance”