Here’s what the 5.4-inch iPhone 12’s display may look like

It still looks like it has a regular-sized notch. 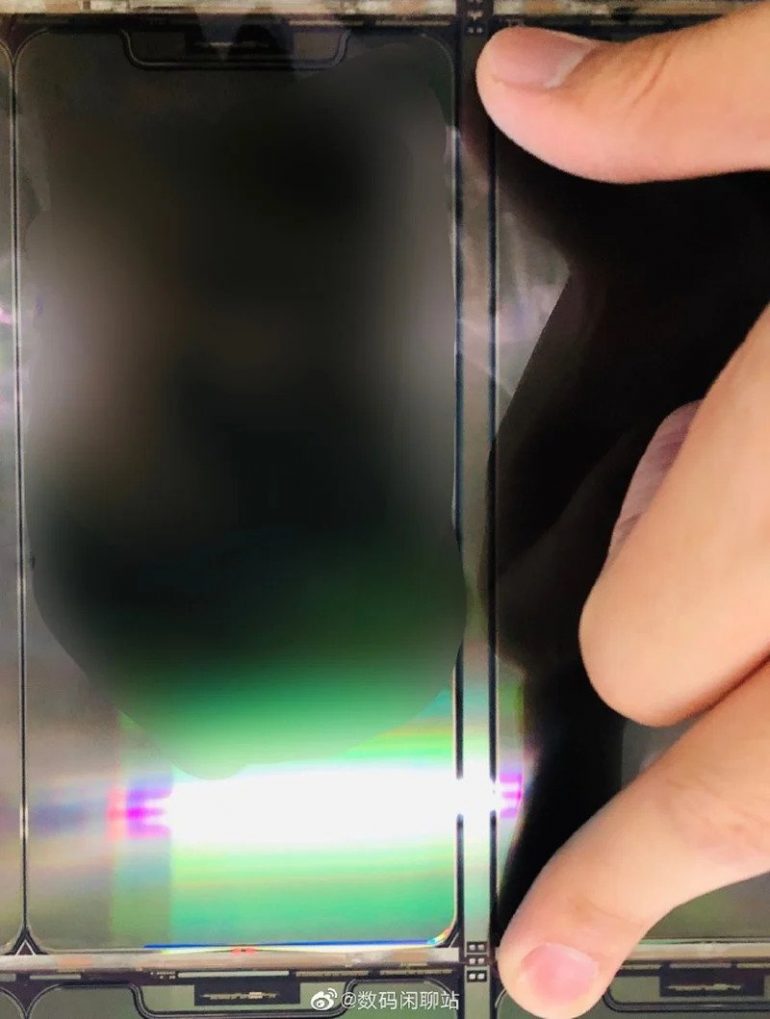 The images show the iPhone 12 display panels from the assembly line. There is no clear indication that those panels are for the 5.4-inch iPhone 12, even with the hand trying to approximate the size. However, a Twitter user and Weibo blogger, Digital Chat Station claims these are indeed the 5.4-inch display panels.

The display panels in the image appear to be stacked in an array, indicating that the assembly for the 5.4-inch iPhone 12 is in process.

From the looks of it, the panels appear to have a similar-sized bezel as the current iPhone 11 lineup. This contradicts speculations from earlier rumors that suggest the iPhone 12 lineup may feature a reduced notch.

Specifically, Bloomberg and renowned analyst, Ming-Chi Kuo suggested that at least one new model will feature a reduced notch along with a smaller front camera. Further, another leak by leaker Jon Prosser suggested that the microphone in the notch will be shifted to the bezel above it and placing the ambient light sensor and the proximity sensor closer to each other in the center.

Further, as per Bloomberg, at least two of the new iPhones (of course, the higher-end models) will have a squared design similar to that of the current-gen iPad Pros. Several YouTubers like Marques Brownlee have also shown-off dummy units that offer a closer look at how the new iPhones may look and feel in the hand when they launch later this year.

However, the launch seems to be delayed by weeks.

The iPhone 12 also won’t ship with either the earphones or the charging adapter in the box, in a bid to cut costs to accumulate 5G and probably reduce e-waste.