Here’s everything you need to know about the 2019 iPod Touch! 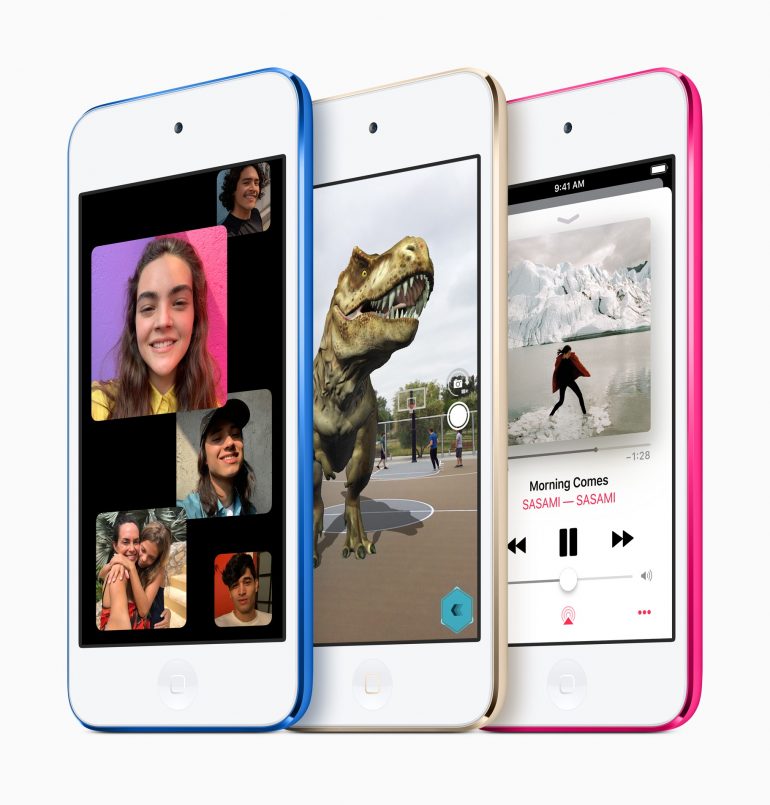 Years ago, maybe four; I bought an Apple device that appealed to me. It was thin, extremely light, yet extravagant with a punch of beauty.

I used it mostly to play games. Listening to music was secondary. It was something I did not prefer to do often. But I liked to play games and the iPod fulfilled my thirst for endless runners, one-tap hits and graphics intensive races.

Even though it was extremely thin, my iPod Touch 6th Gen handled almost everything pretty well. Well, there were a few lags here and there but I don’t think it mattered.

Yesterday, Apple released a successor to it, albeit quite a lazy one. No new sensors have been added, no bezels have been cut down, no displays upgraded, and no major gasps earned. The only thing that’s enlightened within the new iPod Touch is its ability to handle things much more fluently than its predecessor could.

If there are any questions left, here’s everything you need to know about the new, 7th Gen iPod Touch.

The iPod Touch has evolved over the years to become kind of non-existent to the world, especially Apple fans. This is owing to tardy and boring hardware updates. Well, come to think of it, the iPod hasn’t been in the fame since the iPhone’s upheaval, for the iPhone serves an all-in-one purpose to what the iPod was meant to serve in the first place.

Taking that into consideration, Apple has shifted its iPod’s focus on games to enliven it once again. And yesterday’s upgrade is a proponent of that. The only things improved in the 7th Gen iPod Touch are the inclusion of the A10 Fusion processor and upgraded storage capacities.

The iPhone 7 has the same processor – a phone that Apple is going to discontinue soon.

Additionally, Apple has also bumped up the storage options all the way up to 256 GB.

Now, since you are unlikely to occupy all 256 GBs with music alone, combining that and the improved processor can make the iPod be largely viewed as a gaming device.

Well, then, what remains unchanged?

All the stuff that’s present in the 6th Gen iPod is prominent in the 7th Gen as well, except the processor and of course, the storage options. You get the same display, the same regular home button, same design, and even the same cameras. If you were expecting a major upgrade from Apple, I would like to bear this to you: Apple has grossly let you down.

The new iPod also ships in the same colors as before: Space Gray, Gold, Silver, Pink, Blue, and (Product) Red.

What new stuff can you do with the upgraded processor on the 7th Gen iPod Touch?

The upgraded processor is by no means a celebrated one as it is extremely behind its time, but like the iPhone 7, you can get most of your work done on the 7th Gen iPod too.

Specifically, you can now conduct FaceTime conference video calls and access augmented reality apps, of whose support was introduced with the A10 Fusion chip that’s also there in the new iPod. Apple also puts a lot of emphasis on gaming on the new iPod with its ‘Apple Arcade’ gaming subscription service launching this fall; especially since the 7th Gen iPod’s updated processor and storage are now capable of handling modern graphics intensive games.

Further, the A10 Fusion chip also, if you may recollect, is designed keeping augmented reality in mind. So, games and apps that use augmented reality and in turn, increase interactivity are now accessible on the new iPod too. This makes sense as iPod Touches are more prominent among kids, and guess what’s also prominent among kids? Augmented Reality. It practically appeals to them, much rather attracts them.

At what price can you get the iPod Touch 7th Gen?

Since no major hardware upgrades were applied, Apple was able to price the 7th Gen iPod Touch for a mere $199 for the 32 GB model, $299 for the 128 GB model and $399 for the beastly, 256 GB model. This makes it a perfect grab for people who want to get away from their phones for a while or simply provide their kids with something to meddle.

You can order the new iPod right now from Apple’s website or wait a week or so for it to appear in retail outlets.

Lastly, who should use the new iPod?

The iPod was initially designed for people who wanted a “1000 songs in their pockets.” Music, back then, was an unparalleled commodity. People were quite spent on the idea of having a device so compact, yet be eligible to store much of the stuff most important to them.

The purpose of that idea has been diluted today, with the iPod Touch being perceived no longer as merely a music device. Currently, the iPod is used as an amalgamation of a secondary device that’s meant to relieve stress generated using the main device and a micro-gaming powerhouse.

Simply put, the new iPod 7th Gen seems to be specifically made for people who don’t want to have a phone in a phone.

Additionally, with the new processor and a concentrated focus on augmented reality packed together in the chassis of an iPod; made available at an inexpensive price, it is best suited for kids to enjoy games and educational apps.

If not anything, I think it would turn out to be a decent investment.

You can buy the 7th Gen iPod Touch from the link given below.