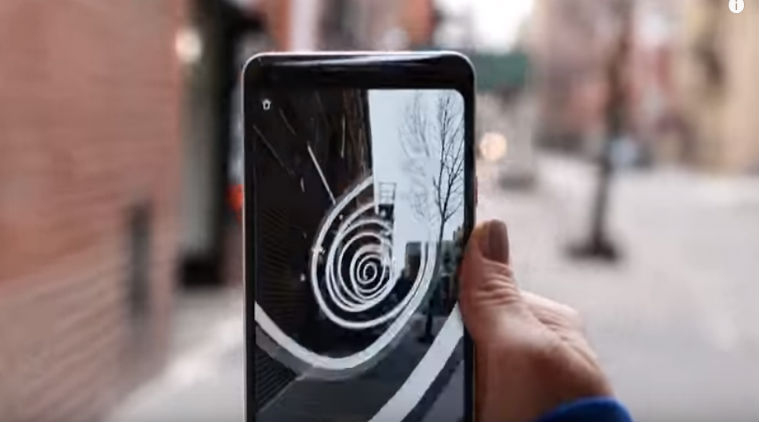 There are plenty of apps out there that let you draw little doodles on photos or even videos. But the doodles are just an overlay on top of the footage. What if you could draw doodles that appear in 3D space, allowing you and your friends to move around them?

That’s what Just A Line app does. Once you’ve recorded the footage, you can easily share it with the world. There’s a lot of opportunities here to make some amusing five-second clips of people interacting with doodles in strange ways (keep it clean, folks). 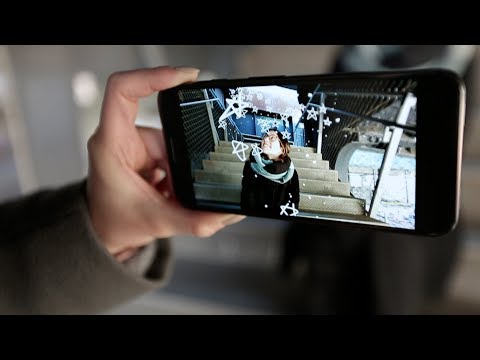 The process of drawing is as simple as it gets – you hold your phone up and doodle in the app’s viewfinder. You can see where the shapes are going in 3D space and they maintain their position as you move around.

The new app came out of the Google Experiments project, in which Google encourages coders to experiment with new technologies just for the heck of it. Anyone can create and submit an experiment, and if Google likes it, the project gets featured on the Experiments website.

Granted, the number of devices is somewhat limited at this point—spanning all Pixel phones, Galaxy devices from the S7 and up, the OnePlus 5, the LG V30 and V30+, and the Asus Zenfone AR—but support is expected to expand to many other brands and devices.

As of right now, there’s not much else to the app besides AR doodling. However, it’s a lot of fun and could be put to further use somewhere down the line. Get it? Line?

When I first heard about it, I personally thought that it’s just a concept. And only the developers might’ve been provided with the app. But no, it’s for everyone, although it’s an AR experiment. The only requirements are,

Google for the promotion has reached out to people like Shantel Martin. Who actually used to promote Samsung launches. Watch the video here.

Shantell Martin: See the world as your canvas with AR

Check it out for yourself by downloading the free app using the link given below.

Get Just a Line from the Play Store.