Want to use an app instantly but don’t have it downloaded, use this feature! 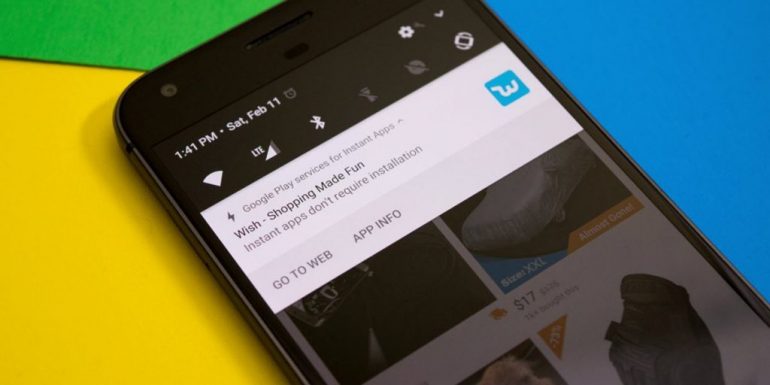 “Once, I was strolling through a Park at night and suddenly the lights in the park went off. Now, all I needed in that situation was a handy torchlight on my phone, but things always seem to be missing when you need them the most.

On top of that, the park didn’t have any network towers around it, so the cellular connectivity was absolutely unendurable, let alone gather network packets to download a bite-sized torchlight app. Though, Android’s ‘Instant app feature’ eased things out. I was able to instantly fire up a torchlight app from Google’s Play Store and use it until I transcended that precinct. And the app disappeared from my system as soon as I exited the app.”

For those who don’t know, an Instant app is one of Google’s lesser-known features that comes along with the latest iteration of the Play Store Services. With the help of it, you can instantly use apps without downloading them. Once you exit the app, it automatically gets deleted from your phone. And the idea behind this element could be surmised into two different advantages:

It’s not limited to the uses and ideologies mentioned above. You can also, for example, read trending news articles from their standalone apps. A greater example would be using Buzzfeed’s app instantly to partake in its winsome quizzes.

It’s not just limited to the latest Android builds, you can use ‘Instant Apps’ on an Android device running Jellybean as well.

Yet, there’s a catch. ‘Instant apps’ is just accessible on Android phones, being a product of Google’s mastermind. To top it off, only limited apps are supported as of now. However, it would be fun to see Apple adding something of a similar fashion to iOS. What do you think? Speak up in the comments section below!

See, it was that easy! Now, go to the Play Store and find an app that supports this feature.