The camera, the display, and wireless charging make the phone worthwhile 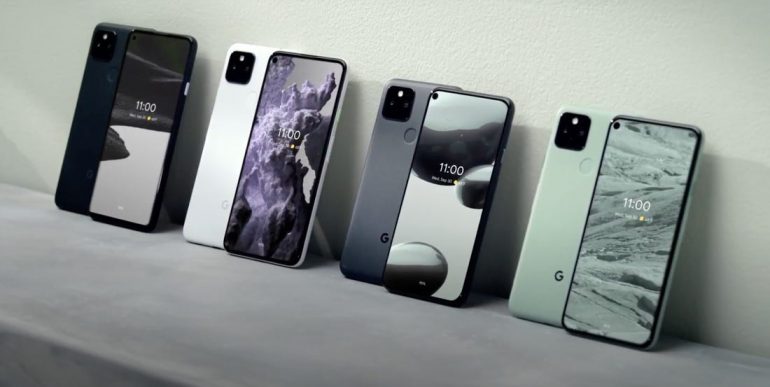 Google finally announced the Pixel 5 after a myriad of leaks that let us know how it’d look way before yesterday’s announcement. With it, Google’s finally accepting and embracing the fact that it does better budget phones than flagships, selling the Pixel 5 at $699.

The Google Pixel 5’s highlight features include wireless charging, IPX8 water-resistant rating, an aluminum back, and a flush OLED display with a hole punch camera with a smaller chin just like on flagship iPhones. These are also the features that set the new Pixel 5 apart from its low-end peers like the Pixel 4A 5G and the Pixel 4A. Another interesting thing to note here is the fact that the Pixel 5 supports wireless charging even though its back is made up of aluminum.

We’ve never seen phones before implementing wireless charging with an aluminum back panel, but Google has proved that it’s possible. It drops the headphone jack, though. Apart from that, the flagship feature in this non-flagship-price phone is its camera. Pixels have always had great cameras, and Pixel 5 is taking it a step further. It features a 12.2 MP main camera with both optical and electronic image stabilization coupled with a new 16 MP ultrawide camera. Also, one of the Pixel’s most sought-after camera features—Night Sight—is available on the Pixel 5 as well.

The processor department is where the Pixel 5 seems to lack. It has a Snapdragon 765G processor that can be found in the OnePlus Nord, which is OnePlus’ take on the budget phone market. You should be fine unless you regularly perform severely processor-intensive tasks. It’s a fair compromise considering the price you’re getting the phone at, alongside other flagship-esque features.

The Pixel 5, moreover, sports 8 GB of RAM, 128 GB of internal storage, and 4080mAh battery. It’s surprising to see Google fit so much into a compact shell. Last year’s Pixel 4 XL had a 3700mAh battery despite that phone being larger than the Pixel 5’s overall compact form factor. The Pixel 5 also supports 18W USB-C fast charging.

The display on the Pixel 5 is impressive as well. It has gotten rid of the notch that was previously present on the Pixel 4 as it had the motion-sensing camera array in the front. Yep, it’s not there on the Pixel 5 and has been replaced by a single hole punch camera. It’s an all-screen 2340 x 1080 OLED panel with an aspect ratio of 19.5:9. The cherry on the top, it’s also a 90Hz display.

The Pixel 5, furthermore, supports both sub-6GHz and mmWave 5G, which is rare in a smartphone at its price point.

Lastly, Google’s Pixel 5 offers some extra incentives through software as well. It has a new “Extreme Battery Saver” mode that promises to help you achieve 48 hours of battery life on the device. A bunch of new camera software features also exist, including a “Cinematic Pan” mode that lets you capture pan shots easily, three new stabilization modes for capturing video, and finally, a “Portrait Lighting” mode similar to what the latest iPhones offer.

Sorry, one last thing; promise! Google’s also announcing a new feature called “Hold For Me.” It’s run by Google Assistant and holds toll-free calls on behalf of you and notifies you when a representative comes online. It’s a neat new feature that a lot of people will be excited about.

Even though the Pixel 5 won’t be available until October 15th in eight countries and October 29th in the US, it already seems like it could be an apt choice for a lot of people. This is especially since it’s focusing on the fundamentals and perfecting them, almost as if it’s a fan edition.

You can already preorder the Google Pixel 5 from Google’s online store.