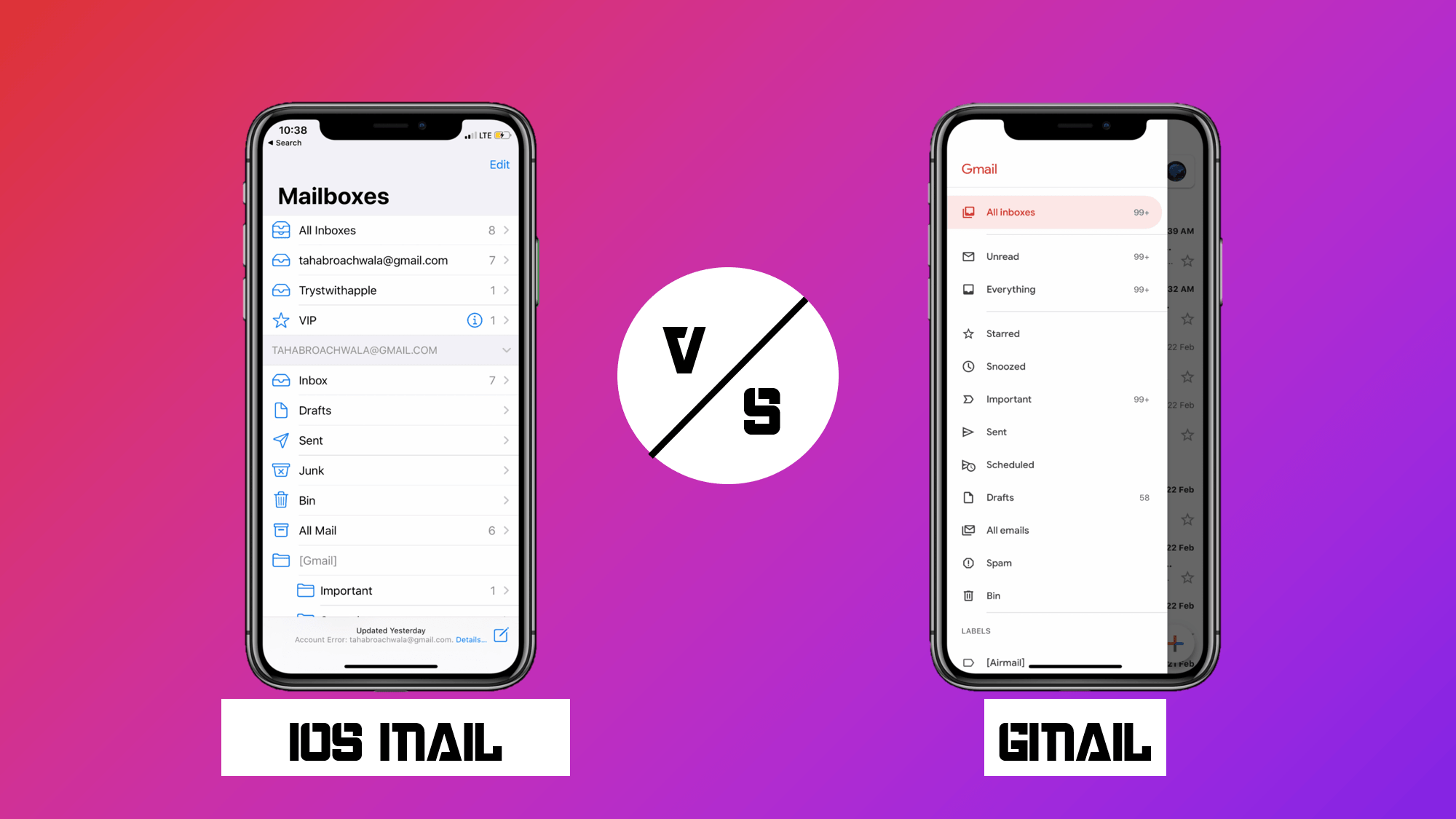 Gmail vs the iOS Stock Mail app for iPhone. What should you use?

Which is the best email app for iPhone between Gmail and the default mail app?

It all comes down to analyzing the original purpose of email and how an email app should handle your emails.

No matter what, an email app should be able to handle every use case efficiently.

That said, a good email app should have three main characteristics. First, it should be able to perform any task quickly. Many email apps ignore speed for features, and sooner or later, they get replaced.

Then, it should handle emails intelligently and efficiently. Most email apps these days induce AI into their algorithms that personalize your email feed. Google’s Inbox was similar in that it offered important information like flight details, files, and documents right in the inbox. Unfortunately, though, Google decided to shut it down.

Finally, and most importantly, it must double down on security and spam blocking techniques. You never want your work email flooded with penis enlargement promises. It gives you hope, but trust me, you don’t want it.

That said, there are many email apps available for download in the App Store. But, most iPhone users that I’ve met either use Google’s powerful Gmail app or never feel the need to grow past the limited functionality and extended minimalism of the default iOS mail app that is installed on every iPhone by default.

Both apps offer standard e-mail services on iOS. However, Google entered the competition a bit late since it didn’t support non-google email accounts before. Now that it does, Gmail seems to have leverage here.

With the stock iOS app and the Gmail app, you can add these accounts respectively as listed in the screenshot below:

In this round, it seems like the stock iOS app wins as it features one service more than what Google offers–AOL. Although, AOL is not quite popular among email services these days.

Gmail vs the Default iOS Mail app: Which is better in handling emails?

This is probably the most crucial part of the whole email experience. The premise of email today lays on the idea of automation. If emails aren’t handled automatically and you have to put manual labor, then the app isn’t worth it. For example, imagine an email app that does not automatically prioritize an email from your boss and instead serves it along with an email from Quora.

That said, Gmail offers a better experience as emails are divided into sections based on what type the email is. If the mail is a promotional one, it goes into the ‘Promotions Section’. Similarly, social mail goes to the ‘Social’ section. The app also has separate sections for ‘read’ and ‘unread’ mail.

However, this is not the case with the default iOS app. Emails are not segregated based on their type but rather displayed under a single label which is your account name. It does not have separate sections for ‘read’ and ‘unread’ emails as well. But, it holds a small advantage against the Gmail app. And that is the ability to club all the inboxes to display messages altogether, which is handy at times unless you get a thousand emails daily which are mostly promotional.

In retrospect, I guess Gmail is a clear winner here!

Gmail vs the Default iOS Mail app: Which is the most functional?

Both the apps are highly functional but one is slightly better than the other one. It’s time to find out which one’s which.

By functionality, I mean the ability of the app to perform certain functions that improve the user experience in the app. In the Gmail app, you can swipe right or left on the e-mail listings to archive an email. A long press would result to display a slew of options which include archiving, trashing, marking the e-mail as ‘unread’ and many more useful options.

The stock iOS mail app is much easier to interact with as compared to the Gmail app. The main power of the app endures in the inclusion of 3D touch. Using 3D touch, you can take a quick preview of the contents of the e-mail through a slight press. A further increase in pressure will result in revealing all the contents of that email. For a busy person, it’s the perfect feature to save time.

Additionally, you can swipe left to unveil some options such as flagging the email, archiving the email and many more options. If you swipe right, you’ll get an option to mark the email as unread.

Also, emails in the stock iOS app look more minimalistic while those in the Gmail app look more colorful. It all depends on personal preference, however.

Gmail vs the Default iOS Mail app: Who helps to compose emails better?

Composing is an essential part of an email app.

The Gmail app has a clean interface consisting of three text boxes asking you to enter the e-mail recipient, the subject, and the main message respectively. Alternatively, it has a one-tap option to include attachments into the e-mail. A simple drop-down beside the recipient input box allows you to add the ‘cc’ and the ‘bcc’ addresses. However, the Gmail app doesn’t offer text customization as it does on its web address.

The stock iOS mail app is a bit complicated to use. It shows the ‘Cc/Bcc’ option as default and can be changed in the settings. Apart from that everything is similar to the Gmail app’s interface except it is more minimalistic. The biggest drawback here is that you cannot easily include attachments.

It took me nearly 4 days to find out how to actually include attachments. Unlike the Gmail app, sending an attachment is not a ‘one-tap’ process. You have to tap and hold the blank space in the area until the regular text-editing black bar appears at the top. From there, you can select the option to include attachments.

And just because of the inability of the stock iOS mail app to easily append attachments, this round goes to Gmail.

This is not the most important feature to be considered in an e-mail app, but it surely is dependent on personal preference. As for me, I’m a person that wants immediate e-mail notifications from the app. I get worried if an e-mail takes even 5 seconds longer to arrive and I’m not notified about it through the app.

Speaking of which, the Gmail app is by far the best app that I’ve ever come through. It has a perfect notification system. I instantly get notified of new e-mails. Although, it doesn’t go well with iOS’ rich notifications.

Although, for those who don’t care about getting e-mails in time, the iOS stock mail app is good for you.

In the end, it’s certain that personal preference matters. But, logically speaking, the Gmail app is a better option for most users. It offers more flexibility and efficiently more features than iOS’ stock mail app. And if the design is one of the choosing factors for you, Gmail’s colorful interface is a boss against Apple’s simple, but minimalistic approach.

However, most people would bounce off of Apple’s stock iOS mail app after learning it doesn’t offer true push notification functionality for emails. That’s truly a bummer for me. If you share the same feelings as me, Gmail is what you must choose.

The one thing I can conclude from this comparison is that Apple needs to roll out frequent updates to be relevant to users, as opposed to Google’s Gmail app that receives updates almost every month. What do you think?

Get Gmail for iOS and Android.

Interested to know what’s on my iPhone? Read this:

What’s on my iPhone? Episode 1.

To the unconventional awesomeness...
More Stories 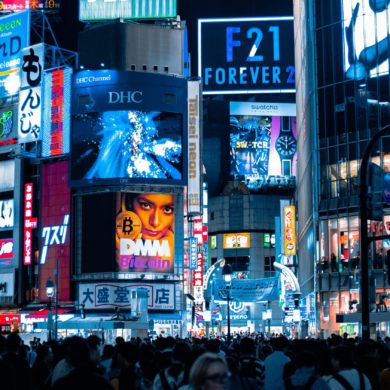