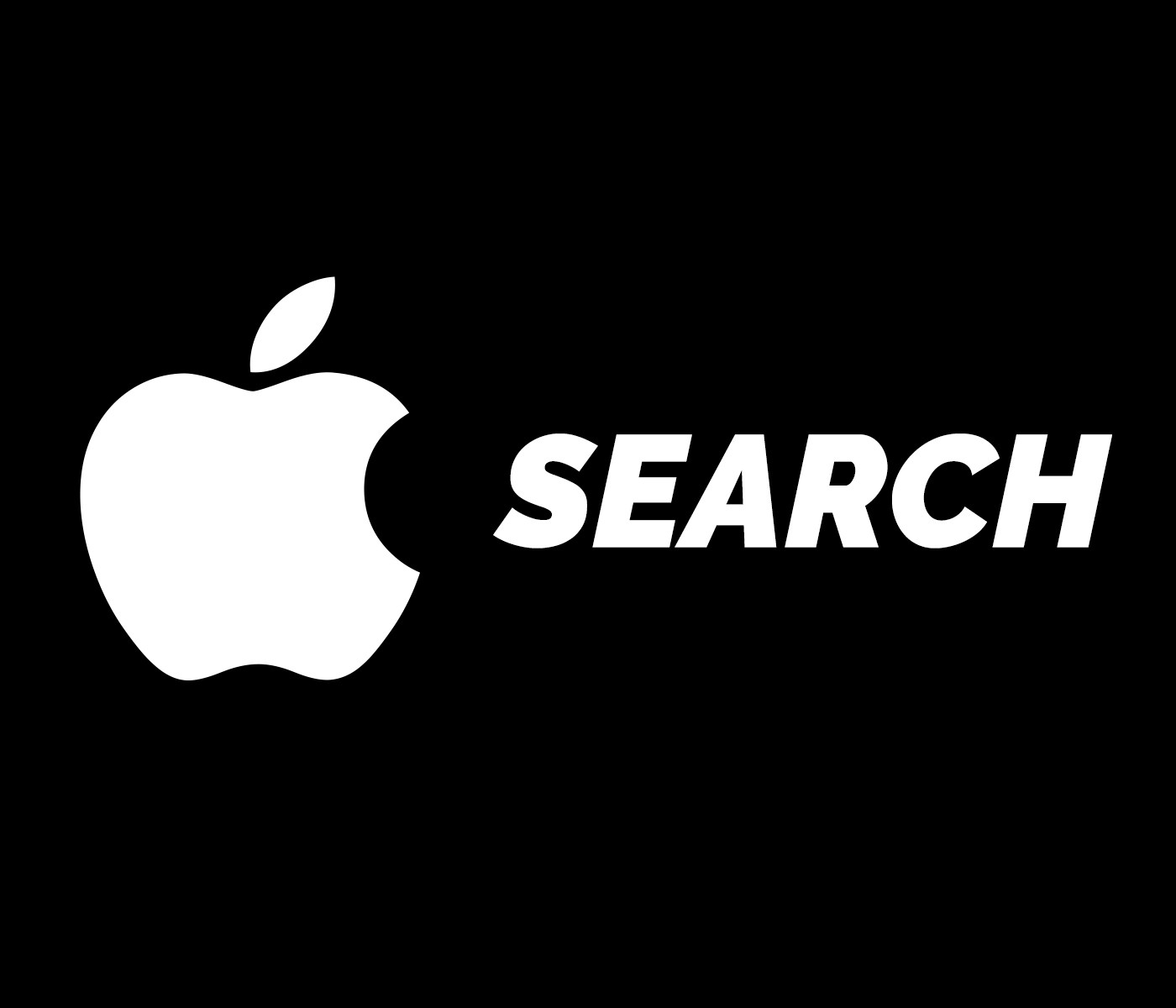 Someone created a makeshift Apple Search engine, and it looks exactly like something Apple would make

Here's how you can, too!

If you aren’t caught up with Apple news lately, the speculation that Apple is creating its own search engine is rising in heat.

Due to several hints pointing towards the company’s increased indulgence in the topic, people have been alleging that Apple is creating a rival to Google’s search engine.

I’m not suggesting there is going to be an Apple search engine for sure, but it doesn’t seem outrageous to think of a possibility that it might exist sometime in the near future.

Why wait for the future, though, when you can get it right now?

A user on Reddit has created a makeshift search engine that looks like Apple’s search engine if the company had ever developed one. It’s not real, though.

Instead, it’s simply a script that loads a custom skin atop DuckDuckGo each time you access the already-popular search engine.

After installing the script, whenever you visit DuckDuckGo through a browser on your computer, it will strip the DuckDuckGo branding and replace it with Apple Search branding.

It’s probably not how Apple envisions it would look like, but the redesign does share the same design language.

Another unrelated advantage is that DuckDuckGo is already revered for its enhanced privacy features when compared with Google and Bing, which brings it in line with Apple’s general stance towards user privacy.

Believe me, this is what Apple’s Search Engine would be if the company plans on unveiling one.

If you’re someone who loves to play pretend and can’t wait until Apple takes the wraps off its own search engine, this little concoction is just for you.

Although, note that the script only works on computers as it requires a specific browser extension capable of running JavaScript. This also means the script will only work in browsers that support extensions, which suggests this hack won’t work on your iPhone or iPad.

With that out of the way, here’s how to get your own makeshift Apple Search Engine.

How to get your own Apple Search Engine

The process of installing this might be a little complicated for inexperienced users, but you should be just fine if you follow the steps exactly as I enlist them below.

Note that I am testing this on a Windows PC, however, it should also work on a Mac, with the exception of Safari. Safari doesn’t handle Userscripts as well as Firefox or a Chromium-based browser, says the script’s developer.

It’s okay if you see this instead too:

This appears to be an irregular set up and doesn’t look alright. Don’t worry, though, as it’s easily fixable.

The setup appears dismantled because the prompt below the search bar to set DuckDuckGo the default search engine pushes it upwards, thereby messing with its layout.

In order to get a normal-looking fake Apple Search, simply close the tab and revisit DuckDuckGo. Note that this worked for me on Chrome. However, I had to give in and set DuckDuckGo as the default search engine on Firefox in order for the prompt to disappear.

The script features a favicon that adheres to Apple’s design language. (A favicon is the website’s logo that appears in the title of the tab in a browser).

If you were me, you’d be happy simply with the new favicon. However, I know for a fact that much more enthusiastic and creative people than me exist. And a favicon isn’t enough to feed their hunger for customization.

I like how the script gets rid of DuckDuckGo’s, well, duck and replaces it with a far better-looking Apple logo with the “SEARCH” text. However, I think the page looks even better without the orange “Apple Search” text (highly subjective).

The screenshot from the script’s download page also shows a similar layout, devoid of the orange text, however, the script includes that. For that, I tinkered with the script myself and this is what I achieved:

How to achieve a more minimalistic look

Follow the steps below in order to achieve this look. You’ll need to install the edited script manually.

This is all you need to do. You may close this tab and access DuckDuckGo. It should now look more minimalistic than before.

The best part about this script is that it works everywhere within DuckDuckGo. If you conduct a search, the makeshift Apple Search logo will also appear beside the search bar on the search results page.

Although, it appears a bit squished on my screen. And it may happen to you too, depending on your screen size and resolution. If everything is alright, it should appear like this:

Will the real deal ever happen?

The search engine world is largely dominated by Google. It occupies around 70% of organic traffic. Bing comes second, but Google is what most people ultimately turn up to.

That kind of market share is difficult to attain. But Google has done a pretty good job of making itself ubiquitous, so much so that people use “Google” as a verb. Looking for grisly cats? Google ’em.

That being said, Google does such a great job of maintaining and scaling its search engine that I don’t think there’s a need for a new one.

If Apple releases a search engine, a lot of people are going to use it!

Alternate search engines exist, too. But none come close to the kind of success that Google has had. This means in order to compete you’d need to create something different. And different is exactly what DuckDuckGo does.

When you ask someone who knows what DuckDuckGo is why they think it exists, you’ll receive a simple response: it’s good for privacy. It’s the search engine that people who are privacy-focused and are put off by Google’s excessive online tracking practices flock to.

Certainly enough, even though the need for a new search engine doesn’t exist, if Apple ever releases its own, a lot of people are going to use it.

Moreover, thanks to Apple’s vast and loyal user base, the company won’t need to market it differently. However, we all know that Apple’s going to humbly brag about its privacy, if that.

The question to be asked here is: will Apple’s search engine be good enough in comparison to Google? That’s a difficult question to answer at this point. But if I absolutely had to answer it, I would say Apple will have to make it just as good, if not better. Why?

Recently, the US Justice Department filed a landmark antitrust lawsuit against Google accusing the search giant of anti-competitive practices.

The lawsuit particularly mentions the infamous paid relationship between Google and Apple, where the former pays around $8 Billion per year to Apple to maintain Google as the default search engine on Apple devices.

If the court issues a verdict in favor of the Justice Department, Google will have to stop paying Apple to be the default search engine.

This is a pretty serious deal for Google as it’ll lose almost half of its traffic. At the same time, it’s a massive opportunity for Apple.

Google’s seemingly endangered position as a search engine giant could mean that Apple could take its place by launching its own search engine.

However, there’s a high chance that Apple will go through with it. Instead, Apple would utilize its search engine smarts to user experience with its own devices. And there is some evidence that points towards the fact that Apple’s doing just that right now.

Hints that Apple is working on a Search Engine

Apple released iOS 14 with a bunch of new and exciting features.

Among them lies an unannounced new feature that slightly changes the way spotlight search works on iPhone and iPad.

Now, whenever you search for something that is available on the web, instead of directing you to Google, Spotlight Search will directly take you to the website associated with the search.

It’s like a mini search engine that already lives on your iPhone.

All this means Apple might launch its own search engine. Although, it just as well means that Apple will invest these resources completely into improving search and Siri on iOS, iPadOS, and macOS.

Just like a million other people, I would easily consider switching to Apple’s search engine if the Cupertino giant ever plans to publicise it. Until then, I’m gonna stick with this makeshift concoction while trying to make peace with DuckDuckGo, which is good, but not as good as Google in terms of scouring the web.