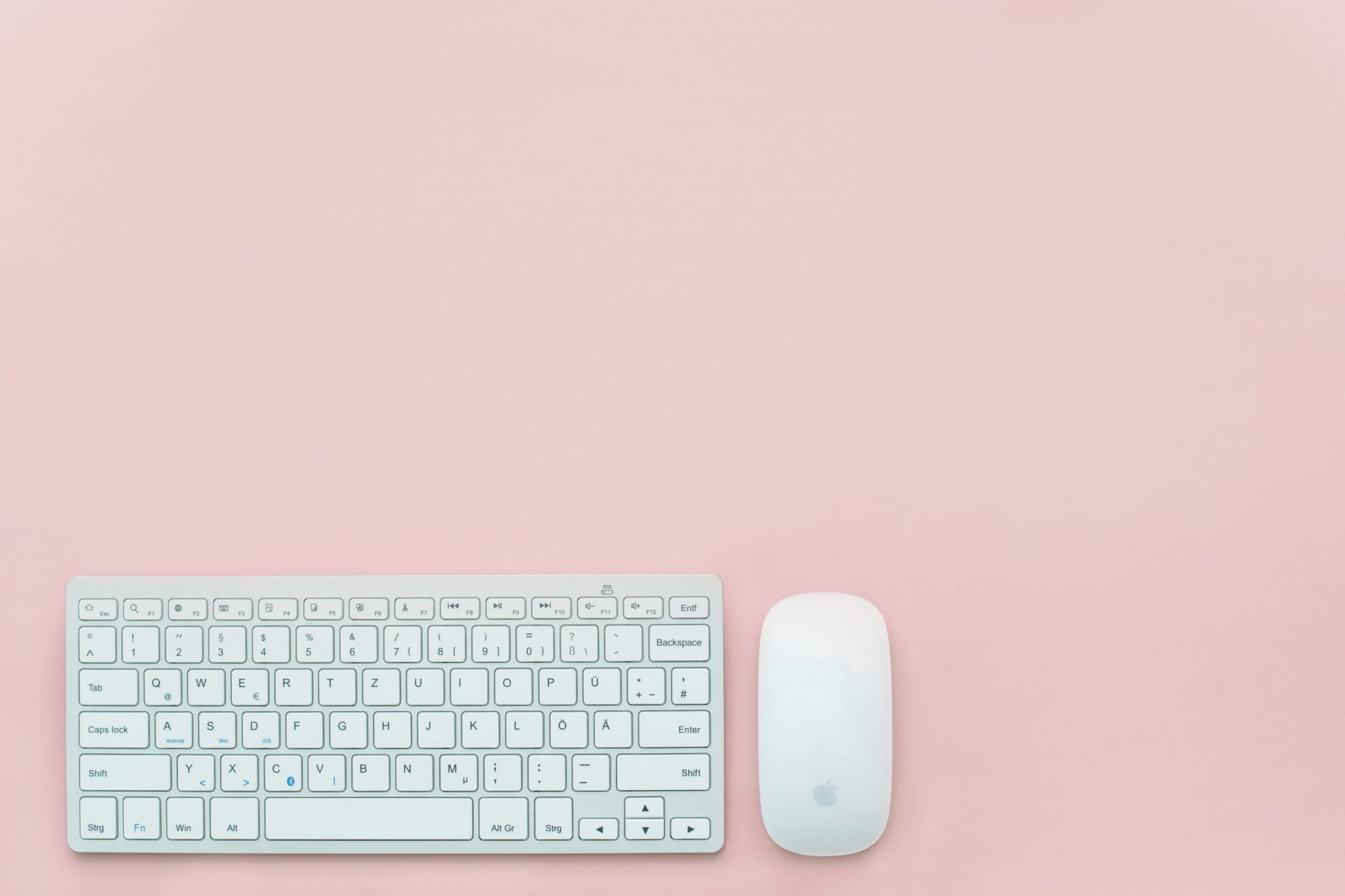 Gboard vs iOS Keyboard: Which is the best?

You’ve probably been using the same, best iOS keyboard for years. Unless you want the unstimulated monotony to be continued, It’s time to look out for some alternatives. So, here’s me comparing Google’s Gboard vs iOS Keyboard for you.

By the end of this Gboard vs iOS Keyboard comparison, you’ll know which is the best iOS keyboard out of the two.

You should keep in mind that when it comes to keyboard preferences, choices matter from person to person. Everyone has different keyboard needs. It may sound strange but it’s the truth that some might love just the design, some the extensive features, and some might just focus on typing.

Google has done an impressive job perfecting its keyboard for iOS over the years since its introduction. It’s the first choice for most people owning an iPhone today; especially Android converts.

That is not to say it hasn’t had a rough history with iOS with all the lagging and crashing. Albeit, with evolving updates to both iOS and Gboard, the keyboard has improved and now it’s on par with the default one.

However, Gboard still needs to slightly catch up with the iOS keyboard when it comes to typing.

And it has something to do with a common keyboard concept called “key travel.” Gboard’s keys are packed in closer than the stock iOS keyboard, making it difficult to hit the right keys while typing at faster speeds.

But what Google’s keyboard lacks in typing, I’m happy to report, makes up for it in its autocorrect prowess.

Using emojis via Gboard has greatly improved. In fact, emojis on both Gboard and the stock iOS Keyboard are offered in similar design.

When you tap the emoji icon on the stock iOS Keyboard, a list of emojis appear segregated by frequently used ones and the rest categorized by type. On Gboard, emojis are arranged similarly.

Both keyboards show intelligent emoji suggestions in the autocorrect bar above the keyboard while typing. The iOS Keyboard typically shows more than one emoji based on if the word you’re typing matches the description of an emoji in some way or other. Gboard, however, only manages to show one due to the lack of space on its autocorrect bar.

Gboard has had a dedicated emoji search bar for a long time now whereas iOS’ Keyboard gained it a year ago with the launch of iOS 14.

There’s nothing fundamentally different with emoji search while comparing both keyboards. But Gboard displays three rows of emojis altogether in the search results while the iOS keyboard only displays a single row which you can swipe through. Personally, I think Gboard does emoji search better since I can find emojis faster and requires relatively less interaction.

Like emoji search, Gboard was the first to gain swipe functionality which is a major help while you’re vigorously typing. It also has a one-sided keyboard feature that shifts the keyboard to fit one side of the screen. This feature, however, is most beneficial to users with plus-sized iPhones having huge screens so that they can easily type with just one hand.

The default iOS keyboard also has the same one-handed typing feature, which by the way, is slightly more pleasant to type on due to the adequate key travel.

Autocorrect is also decent enough on both Gboard and the iOS Keyboard. Both keyboards learn from the user’s typing experience and refine their autocorrect library to match the user’s style.

Initially, Gboard didn’t support dictation at all due to iOS limitations. However, now it does and both the iOS Keyboard and Gboard now support dictation. One major distinction between the two is that the iOS Kyeyboard employs on-device dictation which makes it faster and relatively more private.

However, on-device dictation can sometimes come at the expense of accuracy, which Gboard nails.

Gboard is probably the only keyboard that has almost all features built-in. It has swipe functionality, haptic feedback, multiple theme support, and built-in GIF support.

One of the more interesting features among that is the inclusion of GIFs, stickers, and emoticons and the fact that they are offered alongside emoji, making them easier to share. The iOS Keyboard, on the other hand, does not natively feature GIFs or emoticons. As for stickers, the iOS Keyboard has Memojis.

Well, these are only the basic ones. Delving into the craziness that is Google’s keyboard, you get Google search, native YouTube video sharing, Google’s translate in the keyboard itself, and more.

In comparison, the native iOS keyboard has nothing worth showing off right out of the box. However, crazy features like Google search and YouTube video sharing are peripheral features that contain little significance while having a daily life chat conversation.

Yes, sometimes you need to share a quick link to an old Beatles music video, but it’s far from your regular function. Although, it’s convenient.

If you, however, need to share a YouTube video via the default keyboard, you will have to copy and paste the link from the YouTube app (Note: iMessage has an addon that lets you share YouTube videos in the same way Google’s keyboard does).

These additional features are not principal to the chat experience because there are only so many instances in a chat that require using these features. Normally, you’d find yourself just chatting with plain words.

This aspect that people often deny to consider while comparing keyboards is the amount of battery life each keyboard eats up. Now, knowing that Gboard juggles with a buttload of features, it’s going to have some impact on the battery life of your iPhone. This, however, isn’t an issue with the default keyboard since it is optimized to help your iPhone last longer.

The stock iOS keyboard boasts a pretty simple design which Apple has been carrying along for years. It’s so simplistic that it has become a visual epitome for touch keyboards in smartphones.

The grey and white combo showcases simplicity, which is also sometimes boring. As a matter of fact, the reason people switch from the default keybaord and look for alternatives is that the utterly monotonous design becomes even more stodgy over time.

Gboard, on the other hand, has theming support, meaning you can customize your keyboard with themes.

Both keyboard have dark modes that activate based on the system’s dark mode status.

The thing about theming is that, while it’s a decent way to personalize a keyboard, it’s sometimes too easy to get distracted.

I’ve met people with overly themed third-party virtual keyboards living in their smartphones, having a photo of themselves or their pet as a background; which makes reading the letters on the keyboard utterly difficult; which ultimately negates the very purpose of the keyboard.

iOS’ default keyboard, in contrast, stays away from the glam that third-party keyboards use to attract downloads and focuses purely on the typing experience. It’s the epitome of what Apple does best– perform a function in the simplest way possible.

Theming: I’ve got to give it to Google. Typing: Apple it is.

Keyboards are also often ranked on the basis of the languages they support. Even though language is the method of communication consisting of the use of words in a structured and a conventional way, not everyone in the world speaks the same.

Therefore, keyboards too have the moral responsibility to host multitudes of languages in order to appeal to people in all countries. Albeit, you can judge keyboards in terms of language using two variables:

Google’s keyboard supports over 900+ languages while iOS’s keyboard lacks a few. Both keyboards offer autocorrect in some languages as well.

As far as language support is concerned, Gboard should be your choice since it has a wider library of languages and comparatively extensive multilingual support. Additionally, it also lets you translate to certain languages from the keyboard itself; something which the iOS default keyboard doesn’t offer.

This is a vague topic to touch while discussing keyboards. You may think why I would raise concerns about privacy over something so simple as just a virtual keyboard but let me tell you, it’s vaguely important. It’s not just me, however. Many fear that keyboard developers send back people’s typing data to their servers.

Therefore, as far as privacy is concerned, Google is often frowned upon due to its fraudulent past associated with sharing user data without their knowledge. And evidently, I’ve noticed many ditch Google’s keyboard for the same reason. They’d rather go with Microsoft’s SwiftKey instead risk their data with Google.

Although, according to Gboard’s licensing and terms of usage documentation, Google does disclaim that it acquires data from the keyboard, but only to improve word suggestions and the overall typing experience. Google also apologized for its data misuse before, assuring the debacle won’t repeat further down the road. But there’s still a stigma surrounding privacy when it comes to using products and services associated with Google. And Gboard has, unfortunately, stuck on the tyre.

People trust Apple on the other hand. Like Google, Apple also acquires typing data and uses it to improve the keyboard’s experience, but with Apple’s spotless stance on privacy, everyone, including me, is more comfortable using iOS’ default keyboard.

Either way, your privacy is of utmost respected and probably won’t be prey to misuse by any of these companies, as promised by both. The verdict is, however, to use iOS’ default keyboard if you are deeply concerned with your privacy online.

Gboard or the default keyboard on iOS? What’s the best? Which one wins the comparison? Which one takes home the trophy?

If you look at it, Gboard earns more positive points than iOS’ default keyboard in this comparison. But as I mentioned earlier in the post, typing is what most people care about in a keyboard, and the default iOS keyboard turns out to be better in that area.

Ultimately, at the end of the day, however, it’s your choice.