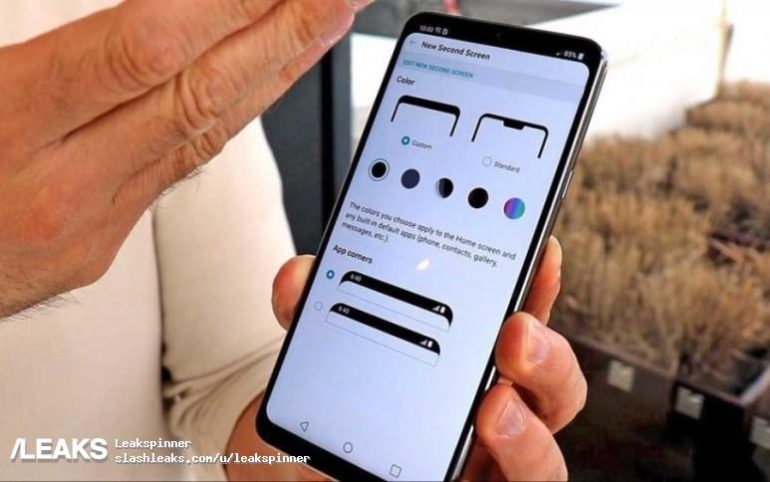 The LG G7 ThinQ appears to have an option to let you change the display of the front panel just by changing a setting.

In a leak today, the G7 ThinQ is purported to have a feature which will allow users to play a little bit with the notch of the device. Initially, you will have to choose between displaying the notch or hiding it, as many Android phones nowadays do.

And after you choose to hide the notch, you will be presented with options to display the top bar covering the notch in two ways- a ‘Pixel-like’ software bezel or a plain rectangular bar without any curved borders; dubbed- ‘App corners’. 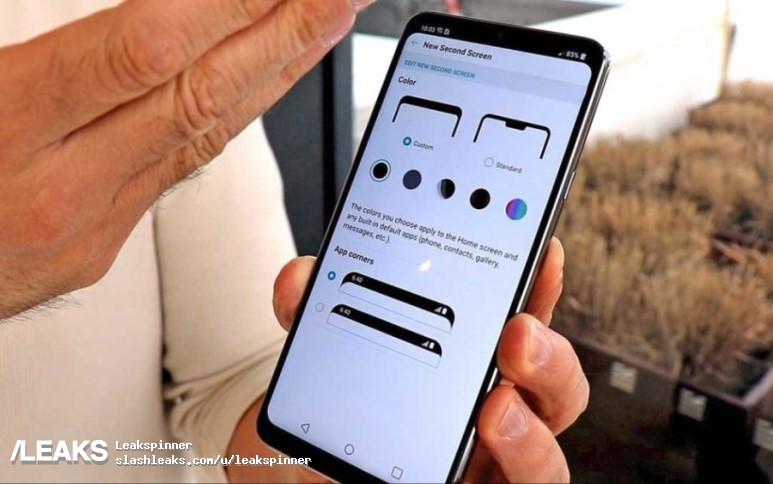 While this feature may look frivolous, it has the potential to completely change the perception of a user towards this phone. It materializes in an absolutely different way depending on what option you choose and makes it look as if it’s editable from the hardware point of view.

Glancing through the image above, there’s one more flashy feature that you might have noticed. Did you guess already? Well, you can set different colors for the top bar; and there’s even a gradient available as a color option.

Although, this isn’t the first time LG G7 ThinQ’s leaks have legitimized themselves as compared to the other phones already persistent out in the market. Just yesterday, a leak surfaced revealing the benchmark results of the contraption. According to the leak, the G7 ThinQ is supposed to have a Snapdragon 845 processor along with a single-core score of 2312 and a multi-core score of 8979. It seems that its 8-core mechanism performs bloomingly. It has 4GB of RAM as well. 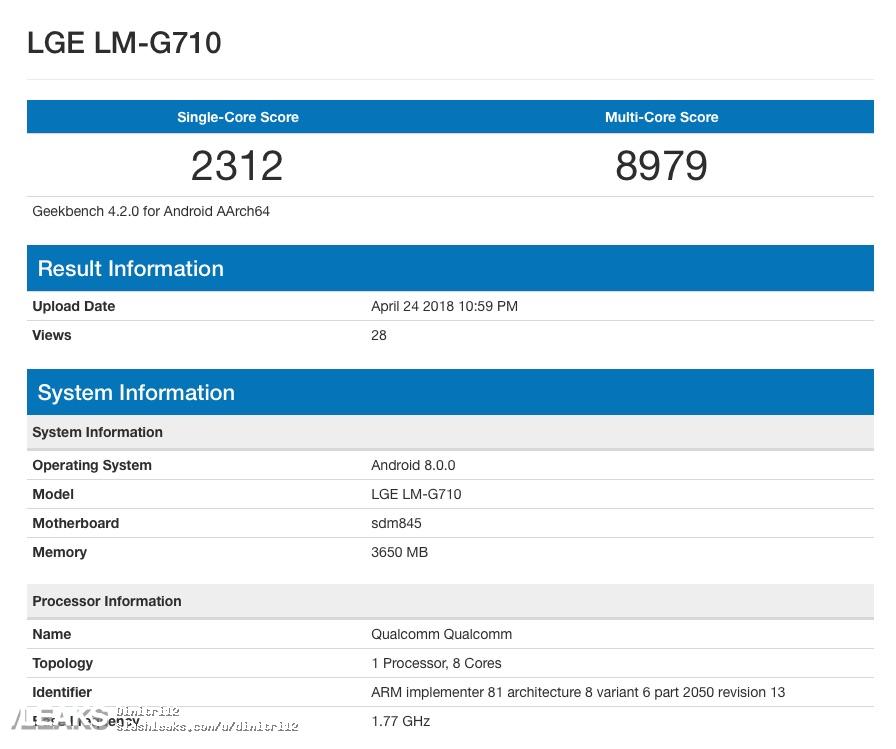 LG also has its own unique way of announcing its smartphones. Now that the launch of the G7 ThinQ is near, LG gave out bits of information about the device. The Verge published an article recently with the title “The LG G7 has a ‘super bright’ 6.1-inch LCD screen.”

And this title is defended by the fact that the LG G7 ThinQ is endured to sport a screen that lits bright at 1000 nits- a breakthrough innovation since it consumes 30 percent less power than the G6. Hopefully, we will be seeing more of this phone before the launch.

It’ll be unscrupulous to say that this phone won’t be exciting enough.