Do NOT buy an iPhone right now!

You should wait a month. 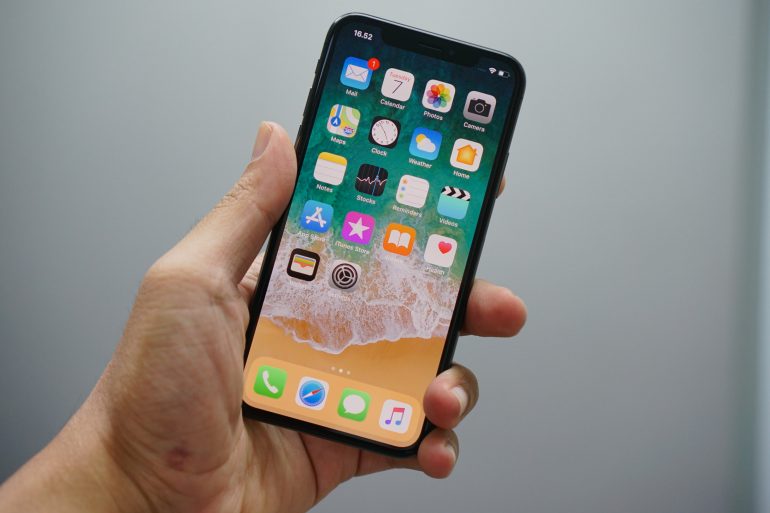 It’s not unnatural for people to consider buying a new iPhone this time of the year. If you are among them, you clearly mustn’t have heard that Apple might be releasing a new set of iPhones just next month.

Even though fall hasn’t technically started yet, Apple is already preparing for a bevy of hardware announcements, and one of those announcements is going to involve new iPhones. Recently, Apple announced its September 15 “Time Flies” event where it’s supposed to launch two new Apple Watches and an upgraded iPad Air with an iPad Pro-like design. The September event, however, won’t feature the new iPhone 12 lineup.

While that may be unusual for Apple, rumors say that the company will hold three separate events this year, including an October event announcing the iPhone 12 lineup. It makes sense for Apple to break down events to maintain the shipping schedule. Also, in November, Apple is expected to launch its first-ever ARM Macs, which is too important an announcement to make alongside an already-important one — new iPhones.

Furthermore, it isn’t clear when the new iPhone will ship. Based on the trend until now, new units should ship a week after they are announced. However, since we’ve learned in the past that Apple’s supply chain had been affected with the effects of the pandemic, there’s speculation that shipping for the iPhone 12 lineup may get delayed.

Now that you are aware of Apple’s new launch schedule for its new iPhones this year, should you buy an iPhone right now or wait?

Before taking the leap, you should consider what iPhones Apple is currently selling. This will help you make an informed decision by understanding the tradeoffs you’ll be making and subsequently, the advantages you’ll be gaining.

The latest among them is the new iPhone SE that was launched at the beginning of this year. It’s a budget phone that features the body of the iPhone 8 along with the processor and camera of the iPhone 11. It’s available starting $399 from Apple. However, BestBuy is offering one for $349 right now.

Then there’s the iPhone 11 and the 11 Pro/Max. The 11 sits right in the middle of the iPhone SE 2020 and the iPhone 11 Pro and almost slightly differs from the latter. It has a glass back with a camera array consisting of two lenses instead of three as on the Pro. It also has an IPS LCD display as opposed to the OLED display on the Pro models. Apple is selling it right now starting $699.

The iPhone 11 Pro and the Pro Max are currently the latest flagship phones from Apple. It’s the best iPhone experience right now that you can get. It features a matte glass back with stainless steel edges and a three-camera array, powerful internals, and a stunning OLED screen. The Max version of the iPhone 11 Pro has a larger screen at 6.4-inches. The larger form factor also Lmeans there’s more room for battery and rightfully so, the iPhone 11 Pro Max is observed to have a stunning battery life.

Lastly, there is the iPhone XR, which is kind of a low-end model that Apple released alongside the flagship iPhone XS/Max last year. It is a widely renowned model largely due to the quality it offers for the price point. It was the first iPhone that featured similar internals to the higher-end models with minimal tradeoffs to cut down the price and make it more affordable. Since then, Apple seems to be continuing this trend. Apple is currently selling it for $599.

It is worth mentioning, although, that Apple may discontinue the iPhone XR as soon as next month following the iPhone 12 announcement.

What can you expect Apple to launch in October?

Of course, we don’t know what the Apple may call these iPhones exactly yet, but if the company is to continue last year’s nomenclature, we are suspecting these are what they will be called.

Will it be worth buying the new iPhone 12?

It is worth knowing what’s waiting for you at the other end of the line before waiting any longer to purchase a new iPhone.

Based on a bunch of rumors, this year is going to be a special year for iPhones. If it were some other year, I would’ve agreed if you’d wanted to buy an iPhone right now. Heck, I would’ve even recommended it. But, this year, iPhones are going to receive a design refresh.

The iPhone 12 is purported to achieve a similar design to the iPad Pro with flat edges and a glass back. It’s also going to gain a few internal improvements including the updated A14 processor, improved RAM, and a longer-lasting battery. Of course, the iPhone 12 lineup will also receive a bunch of camera upgrades.

You will miss out on these amazing upgrades if you choose to buy an iPhone right now. Some serious buyer’s remorse afterwards, too!

Should you buy the 2020 iPhone SE right now?

The iPhone SE 2020 launched just in February this year (evident from the name itself) with a body that’s similar to the iPhone 8 and the same internals as the iPhone 11. Moreover, it has a single camera instead of a multiple-camera array on the iPhone 11 and the 11 Pro. Despite having a single camera, though, it’s capable of capturing high-quality images and is well-known for exactly that.

The iPhone SE is a widely popular choice for people looking to buy a budget phone. And it still holds true at $399

If you don’t want to spend much on a phone right now, I’m assuming that you won’t want to next month as well. You can go ahead and buy the iPhone SE right now (it’s just a good time as any. However, you can get better deals on it on Black Friday if you’re willing to wait). This is because the lowest-end iPhone 12 model is purported to cost upwards of $600. And unless you are willing to spend that much, it’s sensible to buy the SE. Moreover, there are currently no rumors or rumblings of the next-gen iPhone SE launching anytime soon. However, Apple usually launches one every two years.

Will prices fall before the iPhone 12 launch?

Yes, usually, Apple and other third-party stores offer discounts to clear up remaining the remaining stock of existing iPhones to make space for the new iPhones in their inventory.

What if you don’t care what iPhone you get?

Well, if you just need a phone urgently and don’t care what iPhone you buy (usually true for grandmas and grandpas), there are multiple options for you. Albeit, if you can wait, you should.

You can get your hands on any iPhone starting from the iPhone XR to the iPhone 11 Pro. Although Apple only sells some of these iPhones, you can grab them from different stores online. I’ll list them below for you:

When is the best time to buy an iPhone?

The best time to buy an iPhone is anytime up to 9 months from when a new iPhone launches. For example, the iPhone 11 lineup was announced last September. It would have been perfect to buy the device up until June/July.

Similarly, when the iPhone 12 launches in October, it will be only sensible to buy it until June/July 2021, except if the new iPhones in 2021 don’t provide much reason to upgrade.

Final Thoughts: Should you buy a new iPhone right now?

So, after all the deliberation, is it worth buying an iPhone right now? Definitely not.

Buying an iPhone right now would have been a sensible choice if we knew Apple was simply releasing an iterative update to the iPhone. But this year, the new iPhone 12 lineup is supposed to bring new and updated stuff to the table: a new design, new 5G capability, an updated processor, an updated camera, an entirely new form factor, and much more.

If you are looking for a budget phone, the iPhones that Apple launches this October won’t concern you. You should instead buy the 2020 iPhone SE. Although, we also recommend waiting until Black Friday in order to grab a good deal at that.