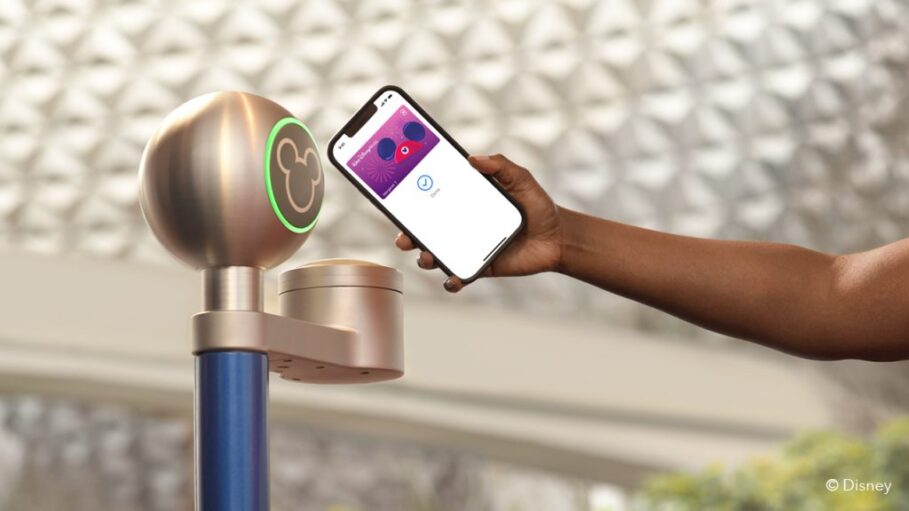 Disney Parks offers its guests an RFID-enabled band called MagicBand that is used for access throughout Walt Disney World Resort. However, soon you’ll be able to use your iPhone’s Wallet app as an alternative to the MagicBand.

Disney Parks said in a blog post yesterday that it is launching a new service called Disney MagicMobile which will include the MagicMobile pass that guests will be able to add to their iPhone’s Wallet app for quick access throughout Disney’s Parks.

The MagicMobile service will let you create a virtual pass that you will be able to store in your iPhone’s Wallet app which can be used to gain access throughout Walt Disney World Resorts. In order to create the pass, you’ll need the My Disney Experience App. Most features will be available by just holding up your iPhone or your Apple Watch near an access point, just like you do with a MagicBand, Disney says.

The MagicMobile pass will be available in phases starting later this year, with the service and its features rolling out first on Apple devices. Although, it will be available on other smart devices later, according to Disney.

Hopefully, when conditions return to normal, guests at Disney’s Parks will be able to gain access faster than ever.