Will potentially offer an open-source alternative to Corellium's iOS virtualizer. 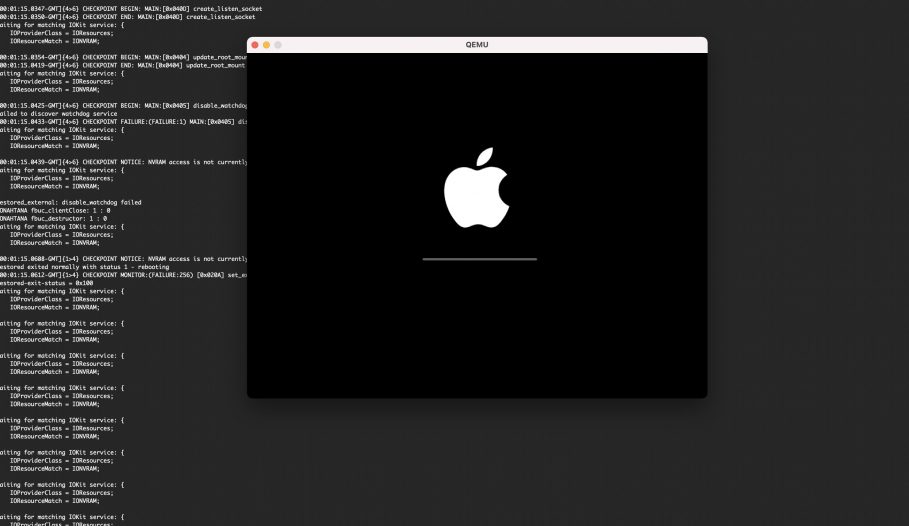 While the process of porting Linux on M1 Macs is ongoing, a security researcher has successfully achieved graphic framebuffer support for emulating iOS 14 on QEMU, meaning soon enough, users will be able to emulate iOS 14 on any operating system that runs QEMU.

Security researcher Jonathan Afek took to Twitter today to post progress on his iOS QEMU project in which he claims to have achieved graphic framebuffer support and that “there’s still a lot of work to arrange it but hope to release it soon with iOS 14 support.”

To be clear, users can already virtualize iOS 12 using QEMU via Jonathan’s open source project, however, it doesn’t include graphics support.

Graphic framebuffer takes it one step further towards virtualizing iOS 14 completely via QEMU.

Speaking to The 8-Bit via Twitter DMs, Jonathan said that the next steps are to work many features like touch support, better performance, disk encryption, better networking, support for more iOS versions, and security research tools. When asked when the project would ship, he said that he is releasing features as he implements them and “I hope that the next drop will be in a month or so.”

This won’t be the first time someone has virtualized iOS outside of the iOS emulator that comes coupled with Xcode on Macs. Security research company Corellium already provides virtualized instances of iOS to users. However, their solution is expensive and runs on the cloud, which, again, isn’t an ideal environment to perform security research on.

Corellium also recently won a lawsuit against Apple on copyright grounds. US District Judge Rodney Smith dismissed Apple’s complaint stating that “Corellium makes several changes to iOS and incorporates its own code to create a product that serves a transformative purpose. Hence, Corellium’s profit motivation does not undermine its fair use defense, particularly considering the public benefit of the product.”

What makes Jonathan’s solution different from the one Corellium offers is that it’s open-source and that anyone can use it.

QEMU is an open-source machine emulator and virtualizer. It’s known for “achieving near-native performance” by executing the guest code directly on the host CPU.

Jonathan is a part of Aleph Security, which is a team of security researchers. You can head over to the “iOS on QEMU” Github page of Aleph Security to learn more about this project. Moreover, you can try emulating iOS 12.1 on QEMU without graphics by referring to this tutorial.