Details of the Moto E5 Plus leaked: Release date, Price, and specifications. 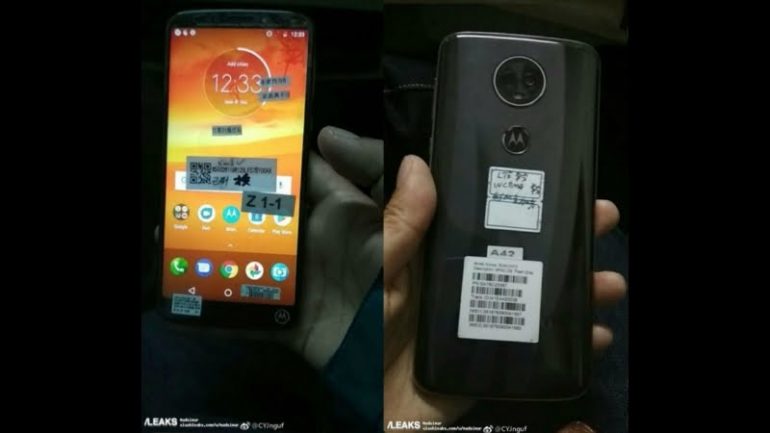 With every passing day, we’re drawing close to the alleged April 3 launch of the Moto E5 lineup of devices.

Yesterday, the bigger variant of the Moto E5 series, the Moto E5 Plus’ real-life images have leaked online showing off the design and confirming the rumored design aspects. The Moto E5 Plus, like the entire 2018 Motorola lineup will feature an 18:9 display to the front along with a dual camera setup at the back. A welcome change by Motorola, making the devices more “2018”. The Moto X4, despite being a wonderfully designed smartphone was often put down because of the huge notch followed by an equally ugly chin.

The essence of dual cameras at the rear of Moto E5 Plus created a lot of buzz on the internet, however, it seems like there’s indeed a secondary sensor on the smartphone as per these renders. The dual camera set up on the Moto G5S plus didn’t impress many, with the only option being the extra depth of field. That feature too failed to perform up to its expectations. The edges weren’t rounded off clearly and had to be corrected in the post-processing. 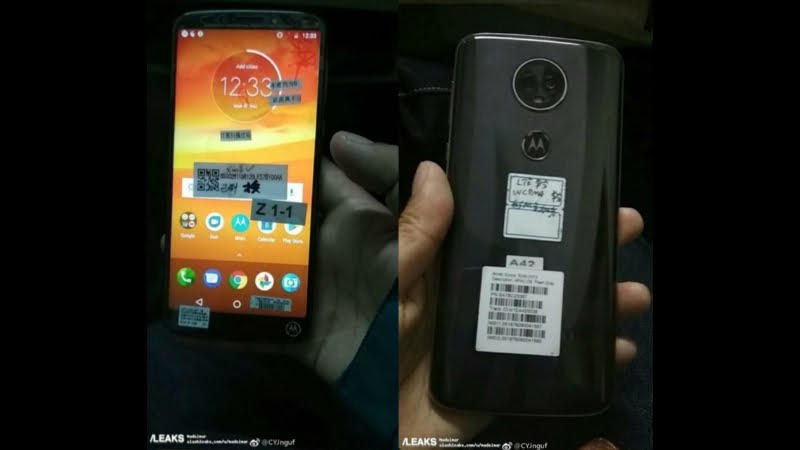 The Moto E5 Plus will sport an 18:9 display to the front and as per earlier rumors, it will be a 5.8-inch panel with a resolution of 720 x 1440 pixels. Last month, Evan Blass, the popular tipster leaked a render of the Moto E5 Plus which has the same dual camera design, but later on, Blass claimed that there wouldn’t be any secondary camera on the E5 Plus and it will still come with a single snapper at the back.

However, another tipster Andri Yatim, who is known for his accurate Motorola smartphone leaks has confirmed that the E5 Plus will have a depth sensor. That said, today’s real-life images also has a dual camera setup, hinting the phone will come with a dual camera setup like the Moto G6 series.

These images did not reveal the ports and button placements. Hardware specifications of the Moto E5 Plus include a quad-core processor (probably a MediaTek processor or Snapdragon 430 SoC), massive 5000mAh battery which is the USP of the smartphone, HD+ display as mentioned above, and Android Oreo out of the box. The entire Moto E5 series is expected to launch on April 3 along with the Moto G6 series. The Moto E5 lineup has the standard Moto E5, bigger Moto E5 Plus and a smaller Moto E5 play smartphone.

The phone will be available in the market at a budgeted price which is suspected to be around Rs.15,000, which, when converted into US dollars, sums up to around $300. Motorola has had a lot of success with such low-budget phones in the past, and this one won’t be different unless there is a prominent flaw in one of the aspects of the phone. In that case, most people will resort to the other great options like Asus and Xiomi, which are radically setting a new standard in the budget market as well as in the flagship space.

Well, like always, Motorola does like to create a buzz with the new phone in the market. On the sales front, I can’t say much, but on the advertisement front, it’s evidently rubbing shoulders with the two bitter rivals Apple and Samsung.

Stay tuned for the first impressions of the all-new E-line up.