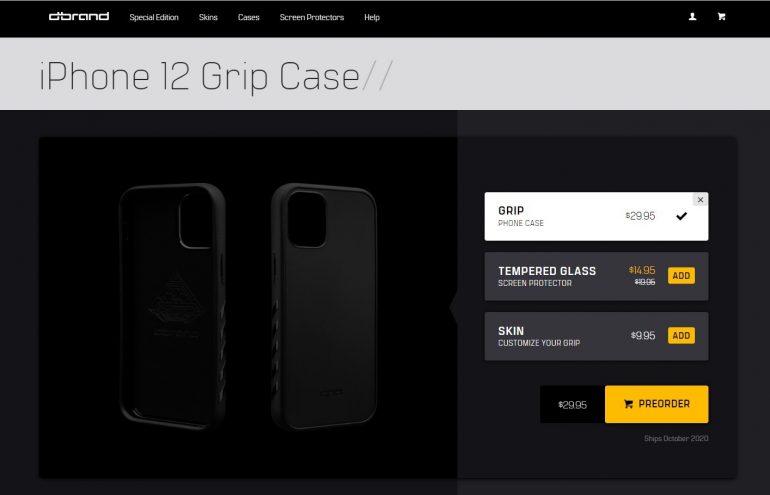 Earlier today, we learned that smartphone case maker Mous enlisted its cases for the iPhone 12 lineup for preorder. It turns out, Dbrand is doing the same, albeit, with a twist.

Here’s how Dbrand is listing these instead:

Let’s weigh the evidence, particularly with regards to the 5.4-inch lower-end iPhone. This is because most changes in the nomenclature are occurring in this model.

Now, Apple’s distribution stickers mean that the nomenclature, according to the company, is finalized. Combine that with the fact that case manufacturers usually don’t have firsthand information on upcoming Apple products. They simply tread on the information obtained from rumours and CAD leaks.

Having said that, it’s logical to assume that the 5.4-inch iPhone will stick with the iPhone mini moniker.

Furthermore, it’s worth noting that Dbrand’s website has October 2020 listed as the shipping date for its cases for the iPhone 12 lineup. It doesn’t mention a specific date. However, preorders have commenced.

Apple is expected to announce these iPhones along with Tile-like trackers dubbed AirTags and potentially, AirPods Studio, at an event on October 13.

Let us know your thoughts on Dbrand’s latest listings for cases for the iPhone 12 lineup in the comments section below. What do you think Apple will name the upcoming iPhones?