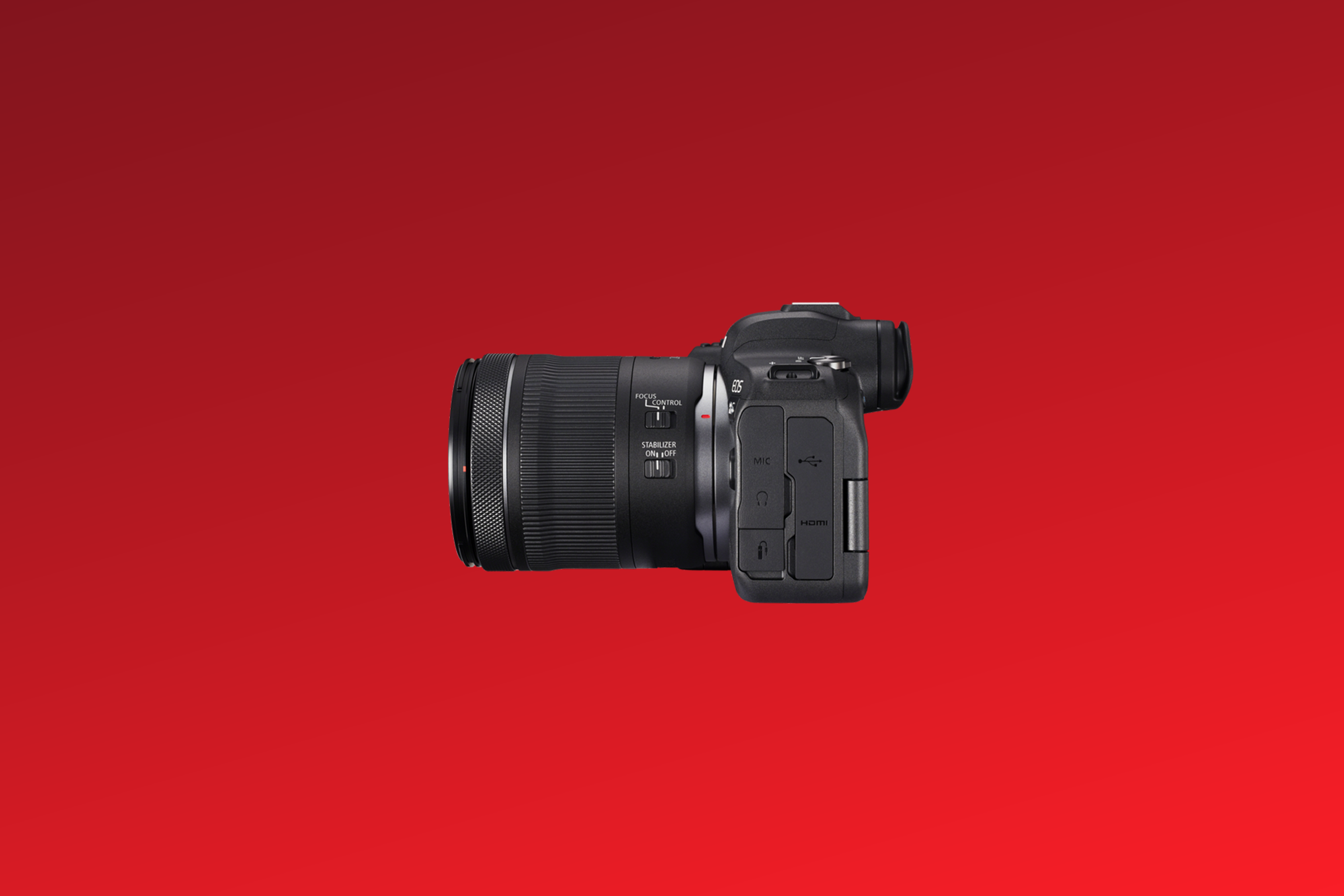 I have been shooting with Canon for about 3 years now. Right from my dad’s point-and-shoot, the infamous Canon IXUS 255 HS, to a midrange Canon EOS 77D DSLR that I first got when I started getting into film-making and photography, and hence Canon has always been my go-to camera brand of choice.

Sure, in the brief span of shooting videos and photos both (to get paid), I have used other brands such as Nikon, FujiFilm (oh boy do I not love their Film Picture Profiles), even Sony. But something always felt off with these brands. Nikon’s video capabilities were never as good as it’s photo capabilities, Sony’s colors were too difficult to play during post-production and their files were very difficult to process on my laptop.

FujiFilm is and always will be the closest competitor to Canon when it comes to Auto Focus, but at the same time, I always felt like I was fighting with the camera to get my job done. To suit my style of shooting, which is very run-and-gun based, I needed a camera with great Auto Focus, decent straight out of the camera colors, easy video codecs to work with, and just something that felt good in my hand. Canon always filled all of those boxes for me.

I would definitely make this my Holy Grail

When the Canon EOS R came out, I almost immediately fell in love with it, including its flaws. But I never got one, as it was too early in my career to make such a huge investment. The RF lenses seemed pretty great too, but again, they were too expensive for me to dive into.

So I kept shooting with my 77D, invested in a few primes, out of which the Sigma 35mm f/1.4 has been my most favorite lens investments so far, and now that it’s safe to say that I’ve explored the camera in-and-out, that I started looking at a full-frame camera.

The rumors for the EOS R Mark II started rolling out in late 2019. While I did not pay a lot of attention to it, it is only when Canon officially teased it in their 20th April Virtual Event and in an interview, after that they stated that the R5 is going to be the 5D of the mirrorless. Which got me thinking, is there going to be a 6D equivalent of the mirrorless system as well?

And soon enough, the R6 was teased (thanks to Canon Rumours), and it slowly started shaping as “The People’s Camera.” The reason why I say this is because not everyone would have the financial abilities to shoot in 8K – which includes getting the exorbitant CF Express cards, huge external hard drives to store the footage on, and obviously a powerful machine to edit it on. Now, you may argue that you can convert it into ProRes which will significantly reduce the size, but then you lose the RAW capability, and you also add a significantly unnecessary extra time to your workflow.

Before we dive into why the R6 is my and a lot of other people’s ‘Holy Grail’, let’s discuss a few specs.

The Canon EOS R6 is an upper mid-range full-frame mirrorless camera with 20 Megapixels, 4k 60p video, built-in stabilisation, bursts up to 20fps and a fully-articulated touchscreen. Now, it may lack some of the headline grabbers from the flagship model, the EOS R5, but actually shares a number of key features that could satisfy most people whether they shoot photos, videos or both.

For autofocus, the R6 uses what Canon calls Dual Pixel AF II, in which each pixel is made up of a left and a right-looking sub-pixel. The difference between what the two-pixel halves ‘see’ allows the camera to perform ‘phase detection’ autofocus. The upshot is that the entire sensor can function as a depth-aware focus sensor, which helps provide 100% AF coverage and benefits both stills and video AF.

In inherits Canon’s most advanced AF system yet, which includes a subject recognition system trained by machine learning. This is able to recognize eyes, faces, and heads, meaning that the camera will remain focused on your subject even if they temporarily look away from you. It’s also been trained to recognize the eyes, heads, and bodies of some types of animals, and let you choose whether the system should prioritize human subjects, animals, or make no prioritization.

The R6 uses both the processor and algorithms from the pro-sports 1D X Mark III body, and Canon says the tracking maybe even better. The camera also provides the same AF configuration settings, which lets you select a ‘Case’ that describes the movement of your subject. These include an ‘Auto’ case that is supposed to adapt to the subject you’re shooting as it detects its movement.

Almost everyone who has used the EOS R, including me, has stressed on the fact that the multi-function touch bar is absolutely useless. The way Canon markets is as a way to change your White Balance/ ISO just by your thumb or even just to preview your photos in the playback mode. While that may save a few milliseconds, it just increases the number of times you may accidentally hit while taking a picture from the viewfinder.

Changing your AF points has and always will be the fastest with the joystick, and the return of it just shows how much Canon has listened to its customers. All camera manufacturers should do that!

Let’s get to the final deciding factor, and probably the most important one per say.

The ability to shoot in HDR, both videos and photos, is a very futuristic move by Canon. Also, the inclusion of two UHS-II slots sounds very assuring to the ones, who are still looking to make it big in their profession and all the others alike, as they won’t have to really be worried about spending another grand just on their media storage.

Now, you may argue that it shoots all the video formats in ALL-IPB, which means that is a lower quality codec than the ALL-I. What ALL-IPB does is that it’ll take pictures for every three frames rather than for every frame. This leads to lower file sizes. But that is what is necessary for this body, otherwise, it will end up overheating just like it’s big brother.

Most of the specs, as mentioned before, are very similar to the EOS R5. I’m really happy that Canon did not bump down the specifications by a lot to make it cheaper. You’re still getting the whopping 20fps in the electronic shutter, and boy is it not silent. You won’t even realize when you’ve taken a picture unless you’re in a really quiet environment.

Instead of 45MP on the R5, with the R6 you’re only getting 20.1MP. Which is absolutely perfect for low light situations, as a lesser amount of pixels do actually lead to lesser noise. Also, you won’t really need the 45MP sensor unless you’re doing print work for banners. The 5D Mark III had the same megapixel count, and we all loved it for lifestyle/portraiture work. The file sizes coming out of the 20.1 MP sensor of the R6 are going to be very easy on your machine as well.

I have always really appreciated the fact that my 77D had a top-down screen, which showed my shutter speed, aperture, ISO count, no. of pictures left, and even the battery bar. I almost never looked at the LCD. So the absence of a top-down display on the R6 will be a big deal for me personally, but not that big that I’d want to shell out another 900 USD for the R5 which has the top-down display.

There’s probably nothing to hate about this camera until I actually get it in my hand. On paper, it does sound like the perfect camera, the camera that I and a lot of other people have been waiting for. The price point that it comes in at just makes things even better.

To conclude, I feel it is safe to say that EOS R6 is the people’s camera.