MythBusters Chapter 1- Can a smartphone damage a credit card? 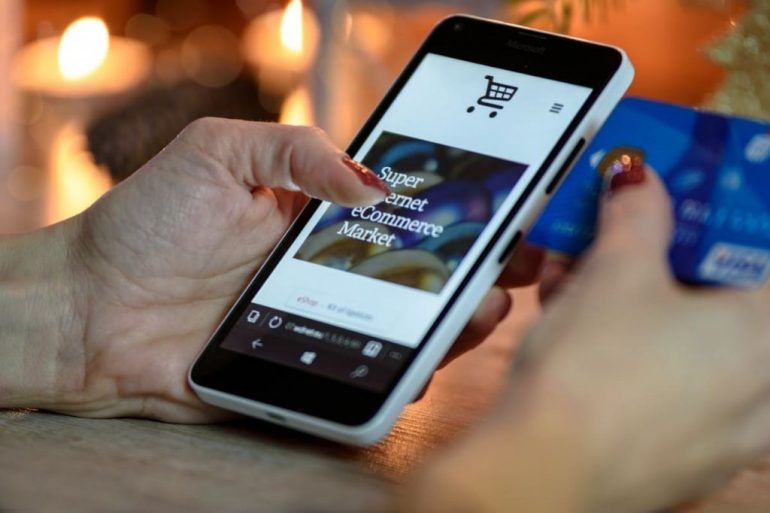 MythBusters is a new series by The 8-Bit, where we’ll bring you Myths that exist in the tech space and try to crack ‘em.

So far, it has been a sluggish day at my house. It’s a Sunday. Almost everyone I know is on a trip to somewhere. And I’m here, at this messy domicile, alone. Suddenly, someone rings the doorbell exasperatingly—an Amazon delivery guy.

After almost 10 seconds of recollecting what I’d ordered, I intend to accept the parcel. Though, I realize I don’t have cash in hand, or anywhere in my house. After minutes of rummaging through my drawers, I find nothing. And for the worst part, the guy from Amazon knows I’m struggling. It’s an embarrassing situation for me, and for the delivery guy. Although, after several minutes of embarrassment, the delivery guy speaks up something that reflects how technology has imprinted a sense of ease in the simplest of actions, but in a complex way.

He said, “Don’t you have a credit/debit card?”

Again, my slow mind thinks for a second and then resorts to his idea. In a matter of a minute, I collect the package, pay for it, and sign the invoice. This would’ve taken an eternity; or probably a returned package if I hadn’t owned a credit card. To appreciate it more, you’ll need to know about its antiquity.

History of the Credit Card

Dating back to 1920, individual firms such as oil companies, hotel chains, and organizations started to hand out pocket-sized cards to people associated with their business. Even though these cards were only used to purchase services and commodities from their respective makers around the ‘20’s, they helped lay the foundation for the exceptionally advanced and awfully complicated cards that we use today.

The first card that could be used at a flurry of establishments at that time was introduced by the Diner’s Club in 1950. Later, with the increase in financial technology, and technology as a whole, banks like the American Express started rolling out cards that people could use to hysterically purchase stuff and later get billed for it.

This is how one of the first credit cards looked like:

It revolutionized the way people interacted with each other. It also set grounds for a new sense of fashion, a new style that started to appear in huge Hollywood movies as a status quo. The rich protagonist would impress other women by flaunting a credit card, resulting in overly dramatic responses from hot chicks. And this was one of the prima facie reasons credit cards became so successful. People found a new way of spending money, and banks—earning more.

Fast forward today, when credit cards are prominent, but fear being overtaken by online payment systems. With Apple Pay, Samsung Pay, Android Pay, and China’s WeChat Pay gaining grounds in national economies, credit/debit cards are still an important compulsion without which these online services would cease to exist.

That being said, people have a kind affection towards their credit cards. So much that they spend dollars on purchasing objects intended towards protecting the card from damage. It’s fair to some extent, as a damaged card is way worse than not having cash. But how do people manage to damage credit cards in the first place?

To answer that, we’ll have to first know a card’s structure and its internals.

So, how does a credit card work?

For starters, magnetism is the basic functionality on which the card works. Although, the intensity of magnetism is what defines a credit card’s information. Most credit cards in the US have a magnetic stripe technology.

These distinctions are due to the fact that they have different measures of oersted (It is a unit to measure magnetic field). And it depends on the measure of the oersted, to determine up to which extent the little magnets in the stripe will move.

According to Barry Mosteller, director of research and development at CPI Card Group, the magnetic stripes on a card are usually 300 Oe (LoCo), 2,750Oe or 4,000 Oe (both HiCo), with 2,750 Oe considered fit for payment cards.

LoCo (Low Coercivity) cards are used at hotels and private organizations. They don’t have a crucial significance these days. But, still, the point is that LoCo chips are more likely to wear off early than HiCo chips. But, again, at the end of the day, it all depends on the way you handle the cards. LoCo chips are more susceptible to magnetic radiations emitted by smartphones. However, it’s not like they’d get destroyed just by the mere touch of your phone. You’d at least have to tightly pack the two devices together (your smartphone and your card) until you realize that the card’s of no use anymore.

HiCo (High Coercivity) chips are considered to be strong magnetic chips and are the ones that are often used in payment cards. They have a high resistance towards external magnetic fields and are not at all affected by them, if not rarely. Although, there are people all over the internet stating that their cards stopped working because of its close proximity to their respective smartphones. Let’s evaluate, though.

Yes, they do. But not the ones that are usually embedded in your smartphones. HiCo cards use a resin that’s much stronger and reliable when it comes to protecting magnetic stripes on credit cards. This resin is both, at an extent, resistant to magnetism and heat.

Smartphones have magnets in their speakers, but they’re not capable of damaging a credit card. The measure of oersted in a smartphone magnet does not reach to limits that could potentially even come close to levels required to initiate the process of destruction in a card. But, hold on yet!

Smartphones can disable your cards, though, but only if you fire up your speakers at full volume, text at the same time, and use the internet (on your phone, of course!); for about 6-7 hours straight while the card’s attached to the back of your phone. Albeit, we all know that’s never going to be the case.

But… But… But, there are other ways you could damage your credit card. And one of those ways involves a smartphone.

Aside from radiation, heat is also one of the remarkably important factors that can affect a perfectly fine credit card. Now, smartphones generate a lot of heat, especially the ones with a metal back. And if you keep a credit card in a phone case, there’s a chance that the heat generated from the smartphone will be the reason for a damaged card, rather than radiation emitted from mobile phones.

Conclusion: If you can manage to use your smartphone, with a song going on in the background- full volume, with the card strapped back for 5 hours straight; you’ll manage to damage your card! Or simply, just play Fortnite on your iPhone and get your credit card damaged.

That being said, here are some simple tips to prevent your cards from extensive damage.

At times when you need to buy something urgently, credit/debit cards make it possible to do so. But, just like any other mechanical thing, credit cards can also fail. Although, at least you’ll be assured it wasn’t your smartphone who damaged that precious piece of plastic.

Next Chapter: MythBusters Chapter 2- Do computers get damaged when not shut down for a week?