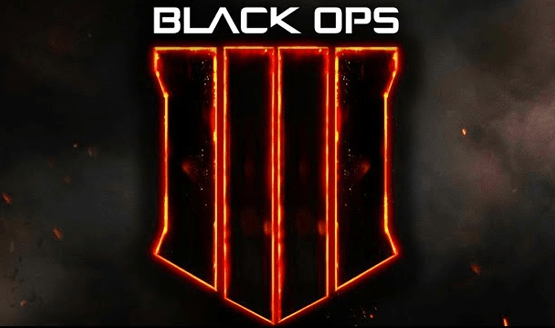 This is it for Black Ops fans. Having a huge fan following, Call of Duty has been one of those games that kind of brings a revolution in how people game. Today, Activision announced the next iteration of its ever-famous game- Black Ops 4.

Although, the logo is a bit misleading as you can’t clearly make out the four (it looks like IIII). After Black Ops 3 released in 2015, this is the next version that people have been unbearably waiting for. It’s set to release on October 12th.

“The new title represents a game-changing experience”, Activision commented. Although, it also stated that the title doesn’t give away much about the game. As far as game reputation goes, there are some examples of games that have completely blown the enterprise with bad sequels. Although, it doesn’t seem that a company like Activision would incarnate such failure.

This is gonna be a hell of a game!

There’s also an interesting incident behind this announcement that almost had given away the announcement in an unauthorized, more like an accidental way. NBA star James Harden was spotted wearing a cap which had the Black Ops 4 logo on it.

The Beard has arrived, and he's ready for battle with the Thunder. pic.twitter.com/ky3E8TK9Hy

This announcement came in as a surprise today morning. Call Of Duty: Black Ops 4 will be available for PlayStation 4, Xbox One and PC when it launches. Till then, stay tuned.