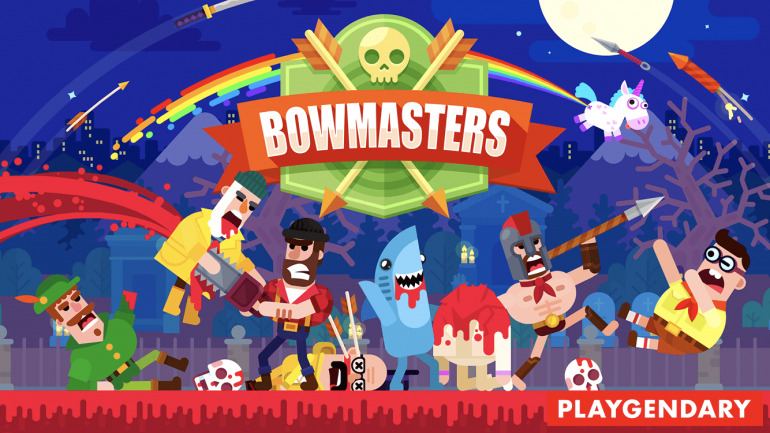 Gaming is a vast notion. With a lot of hype going on revolving around Fortnite and PUBG, people are literally earning recognition and actual money with just a mere mention of those games. Just recently, Drake hopped on to play a game of Fortnite with a twitch streamer by the name ‘Ninja’. As a result, a lot of obscure publicity and fame followed his account.

Although, the gaming industry seems to be slowly evolving and setting its foot in a more mobile world. Fortnite and PUBG testing an iOS version can be counted as a valid occurrence of the same. Fortnite has even sent out invites to press and other significant personas to test out the game.

But, I’m very prejudiced against this whole ‘gaming on a mobile’ situation. I don’t see the logic behind console-grade mobile gaming as a whole. You use up all the processing power and a heck a lot of battery playing console-quality games. On top of that, if you happen to have a low-end device, it’s a nightmare. Albeit, I’ve seen some people play Modern Combat 5 on a Motorola Moto E. I just wonder how a device without adequate specifications could even allow downloading those games in the first place. And by adequate specifications, I mean a decent Snapdragon 635 processor clocked in at least at 2.4 GHz. Having adequate RAM is a different story altogether.

On the contrary, I’m not against light-weight mobile games. In fact, I’m an avid mobile gamer if that’s the case. I relish playing games like Angry Birds, 4 Pics 1 Word etcetera, etcetera. Well, here’s a quick rundown of the reasons I feel light-weight games should be the only games played on mobile.

One such game is Bowmasters. Developed by Playgendary, the game is dominating the app store just a little bit less than the popularity flappy bird once bequeathed upon itself. The intricacies begin to be noticed as soon as you open the app. You are greeted with a horizontal welcome screen featuring most of the characters involved in the game. After a mere 5-second wait, you are allowed to tap into the game.

Initially, a slick animation is bumped into action followed by a simple explanation video about the basic how-tos of the game. Now, before moving on further into the review, allow me to explain how the game works. Basically, you are assigned a particular character which has a particular weapon, mostly pointed. Your goal is to shoot the other character standing opposite to your character. But the catch is that you are not provided with the exact location of the character, rather you are just shown the characters position at the beginning of a match. From there, it’s upon your intellect to win the battle.

Although, the opponent does not instantly perish. Instead, it loses some of its health which is indicated by a health bar at the top. But, here’s one more twist. It’s not only you who get to shoot weapons at your opponent. It’s a turn-wise game. First, you shoot the opponent, then the opponent shoots at you until either of you die.

Speaking of opponents, you only have the option to play against the computer. Though, different other options unlock depending on the number of your wins. Unlocks include the ability to play against an online opponent as well. Sadly, the game uses Apple’s GameCenter integration to search for opponents online, and I must point that once I’ve waited for almost an hour just to have an opponent show up. The developers behind this game have fucked up the only thing that has the potential to make this game a superhit. This is not the case with other online multiplayer games such as 8-Ball Pool, where a unique opponent matching system is in use. I’ve never had to wait for too long on that one. 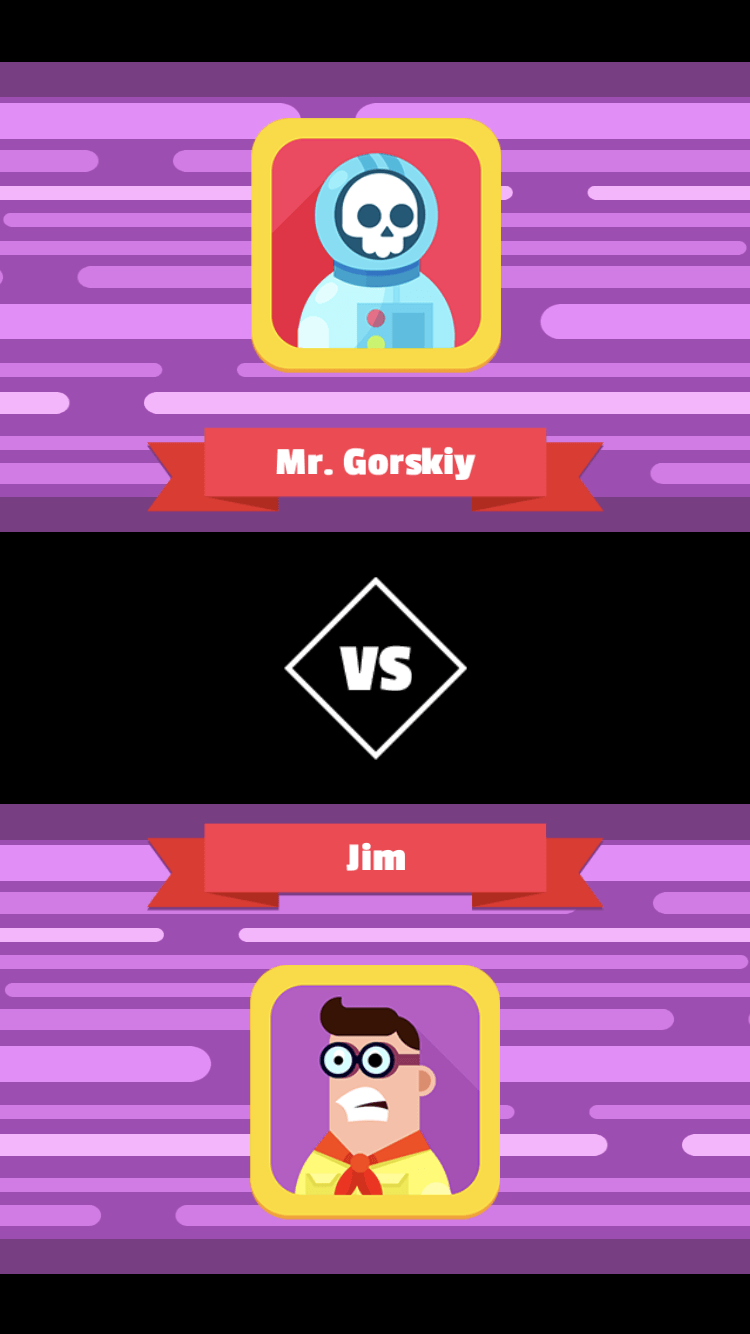 Nevertheless, other forms of multiplayer involvement in this game include playing ‘chance-by-chance’ by passing the phone to and fro between two players. Although, a certain amount of wins are required here as well.

Characters are the main attraction of this game

The main attraction of this game, however, is its characters. Each character has its own identity and is based on a real-world fictional character. For example Thor. Although they are fictional, they have been slightly modified due to copyright claims, I suspect. For instance, Thor’s hammer is orange in color along with Thor itself.

Characters have immensely intricate expressions making you actually believe in them. They have their own style as well. As soon as a weapon hits a character, a chunk of body mass gets cut from the body exposing the character’s bones. That itself depends upon which part of the body you hit. If you hit the head, the skull gets exposed. If thighs, then the femur. And oh, don’t spare the blood-confusion. But spilled in a beautiful way.

After you’ve completely drained the opponent’s life, the corresponding character stands to proliferate a wave with its hands pointing that there is no energy left in it. At this instance, the game smartly lets the winner shoot a final blow after which the winner’s character shows its grandeur depending on the character you’ve chosen. Personally, I like the character with the guns as a weapon. It has the best ending ever as it rides a bike throwing an explosive on the corpse thereby scattering it. After that, a message follows exclaiming ‘Fatality’ followed by an extra 20 points for the knockout.

The game has a limited number of backgrounds, also known as worlds in layman terms of gaming. Although, being limited, they are vivid as well. After playing for some time, I got bored with Bowmasters. But, to my surprise, this game also has a tournament mode where you get to play multiple matches in a row having incremented level of difficulty.

Seriously, the one thing the developers have absolutely nailed with this game is the consumer bounce rate management. I mean that the developers know how to make a player not get bored easily with this game. About that, they have also included two mini-games out of which one includes shooting at an apple placed on top of an opponent’s forehead. The other one includes shooting random birds in the sky. But let me tell you that the bird shooting game is not a joke. It is actually difficult to crack a certain score. You may doubt my gaming abilities, and to be honest, I’m not a sporty gamer at all. Still, I’ve found that part exhilarating.

Bowmasters comes along with advertisements. Anyways, you can get rid of them by a small in-app purchase. Speaking of in-app purchases, there are a ton of them in the game. You can purchase coins, gems, characters, and a lot more during the game.

Concluding, I am not at all biased considering this game. Nor have I been paid in any form by Bowmaster’s developers to write this review. This points to the fact that this game is clearly a win for the heart and a bang for the buck. Looking at its condition right now, you can count it as the next Flappy bird alternative!