Blackberry’s Key 2 LE leaks once more ahead of the August 30th event. 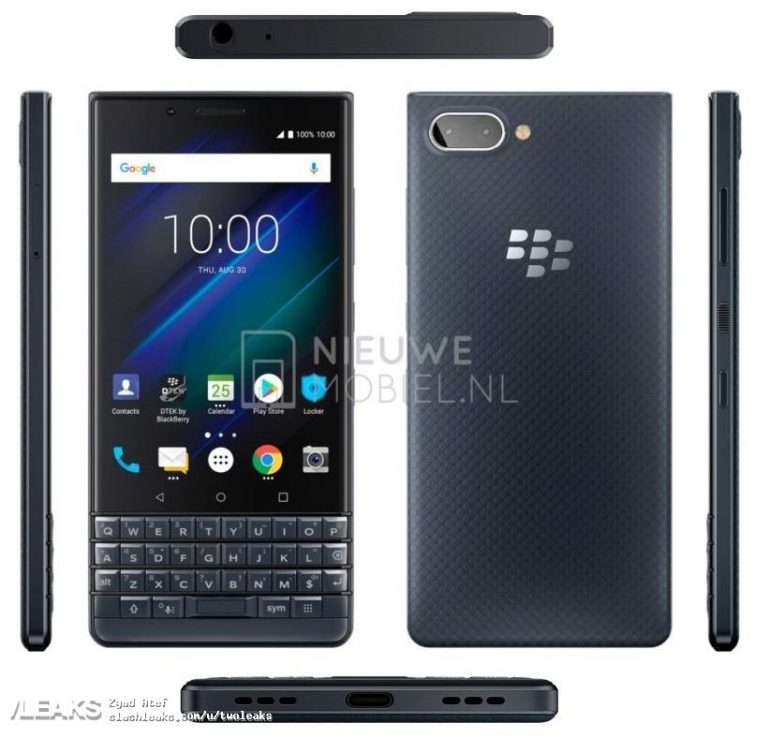 As compared to the Key 2 in terms of design, nothing much has changed, as expected. Although, there is a new blue back to the phone along with a black side-frame. Apart from that, the Key 2 LE is reportedly going to get new color options including red and “copper” edition in addition to the black and blue.

Again, just as the Key 2, the Lite version will also sport a USB-C charging port at the bottom and a headphone jack at the top. The 4.5-inch touchscreen display will be the same as that on the Key 2.

However, the real difference you’ll notice will be in the internals. The Key 2 LE is supposedly said to have a Snapdragon 636 processor which will be a downgrade from the 660 on the Key 2. Its RAM is also going to see a downgrade to 4GB from the 6GB offered by the Key 2. Additionally, it’s expected to host the same storage options – 64GB or 32GB — and less battery capacity standing at 3000 mAh as compared to the 3500 mAh on the Key 2.

These were the real differences that you’ll probably notice once you get the phone. But, the biggest differentiator between the Key 2 and the Key 2 LE will be its price. While there aren’t any clues as to what price TCS will set the Key 2 LE at in the market, we can expect a considerable, if not significant descent in it.

At the end of the day, you can’t expect much from a device that is tagged “Lite.” The Blackberry Key 2 turned out to be a successful device owing to a lot of good reviews and a mechanical keyboard in times of bezel-less touch-screens. However, the main selling feature of the Key 2 was its extensive security features, deeming it fit for a lot of users conscious of their privacy and security.

Considering that, more is expected from the Key 2 Lite, as it will introduce the same features (at a slightly reduced performance) but be affordable. Also, if this works out well enough, there’s a chance Blackberry will likely regain its hold on the highly-competitive smartphone market.