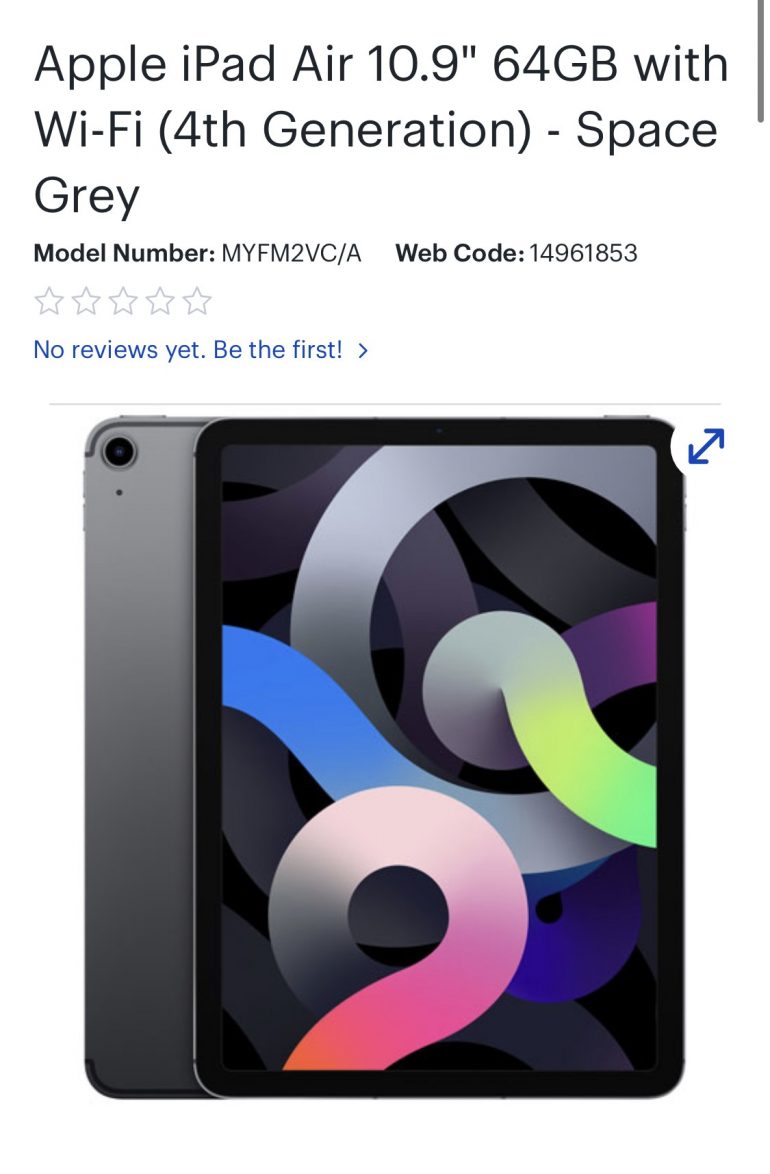 Apple announced the iPad Air 4 at its September 15 event alongside new Apple Watches. While the watches were made available soon, Apple said that the new iPad Air 4 would launch in October. Today, BestBuy Canada has listed the shipping date for the refreshed iPad.

According to the product page, the “release date” is October 23, which lines up perfectly with previous rumours. Rumours previously stated that the iPad Air 4 would become available for pre-order starting October 16 and shipping would start October 23.

The iPad Air 4 comes with a refreshed design with flat edges which makes it look more like an iPad Pro. It also has Apple’s latest A14 Bionic processor that’s included in the new iPhone 12 lineup and is expected to power the upcoming ARM Macs. The iPad Air 4 also has a fingerprint sensor underneath the power button, which is a first for Apple.

So, get your wallets ready. You’ve probably got to spend a ton on new Apple products this Friday