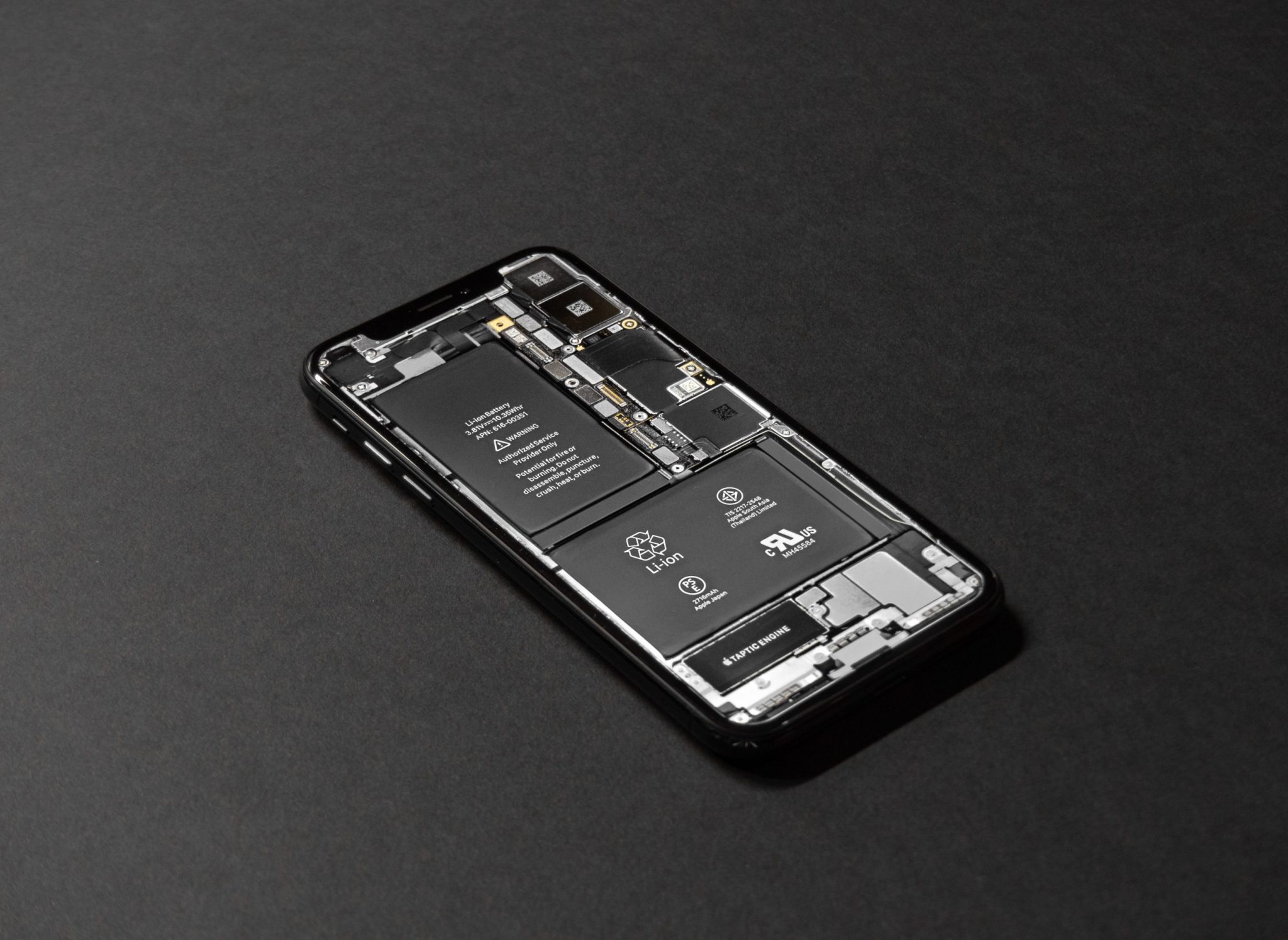 The Best Battery Cases for iPhone 7/8 from a guy who loves his iPhone.

If you are one of the thousands who still own an iPhone 7 in 2019, it may be time you needed extra battery support. And even though you might have got a new iPhone 7 recently, trust me, you’ll still need additional battery support in a wink.

You may want extra juice mainly for three reasons. First, you are an avid smartphone user who cannot resist using the device and therefore the phone lasts only half a day. Second, you have had the iPhone for the longest time, and the battery has begun its quest to constantly give up. Finally, you have deliberately / unintentionally enabled every tracking feature Apple offers on an iPhone. Thereby, killing the battery softly. In other words, if you are fed up having your phone connected to a wall outlet almost all the time, considering a battery case or a battery pack could prove useful.

Although, battery cases are always better, because they don’t fill an extra pocket like battery packs. In contrast to juice packs, battery cases also take charging your phone to a whole new level of portability.

That said, I’ve compiled a list of some of the best battery cases for your iPhone 7. In addition, I chose these not only on the basis of the specifications, but also on the basis of my gut feeling. This list also includes cases that respect your budget. If you want to make sure your iPhone supports you all day without dying, get these.

Note: All the cases in this list also fit the iPhone 8, apart from the iPhone 7.

Most online battery case guides endorse Apple’s official case as the first choice. Although, it has untold downsides. It just doesn’t feel right, and the countless negative reviews are evidence.

Lonlif’s case, by contrast, gives more for significantly less. It has a 4000 mAh battery capacity, which is the most amount of juice I’ve known to have in an iPhone battery case. It also has more features than Apple’s official iPhone case. Decreased bulk at the bottom, controllable charge flow, better drop protection, etc. are some of them.

This case also offers an exceptionally unique deal in terms of design. It has, for example, a slim design that fits your hands properly. Unlike other cases, it doesn’t have a bulge at the bottom, too. That means if you have it on your iPhone, no one except you can recognize that it’s a battery case, looking at the front. In addition, the case also does not hold back ergonomics.

The magnetic top piece, for example, easily pops in after you slide your phone into the case. Likewise, users have also reported that it easily pops out when they try to remove the phone from their pockets. That mustn’t be a huge problem, though.

Protection is not compromised either. Do not expect this case to save your iPhone from the toughest slams, however.

Lonlif ‘s iPhone 7 battery case offers many good features at an apparently low price. There is, however, another feature that resonates with its grandeur. Like a few premium battery cases, it offers a lightning port that actually allows audio I / O. That, per se, would fundamentally not have much significance in the Bluetooth era. But it’s great to realize that you have alternatives.

Finally, you can get all of this for a mere $40. Mind blown?

Alpatronix is second in this list in the sense that it offers a feature that no other battery case offers except the usual things.

The usual things first, it carries a 3,200 mAh battery, a modular protective shell, LED indicators, forward-facing speaker grills, micro-USB slot for charging and data transfer, and a perfect camera cutout. It can charge an iPhone 7 a little more than twice.

What’s new is that it throws in a screen protector too. However, it does not cover the edges due to the way the case is designed. Besides, the case also bulges at the top and the bottom in the front to protect the screen from drops and scratches. Looking for a standard, stereotypical battery case design, Alpatronix won’t let you down.

Alpatronix doesn’t authorize audio input and output via any adapter, too. For this one, you’re stuck with Bluetooth headphones.

This battery case is available for $30..

After what is best, venting for ism is always a better option. And Apple’s official battery case is recommended for a slew of reasons. First, worries about quality decline. Second, the case caters to the special requirements of the phone. Finally, you get appropriate support from Apple.

Having said that, Apple’s case vaguely isn’t what the company markets.

Sure, it has all the required characteristics in a battery case. It has a nice feature, for example, that charges the phone with the battery at the same time. Since it’s an Apple product, it’s also the only case that shows the charge status on iOS natively.

But, certain discrepancies bring down the reliability quotient of the case. Several reviews on Amazon, for instance, state that the case delivers a painfully low charge after using it for some months on end. Being made up of Silicon, this case also doesn’t offer protection as other cases in this list do.

AFTER WHAT IS BEST, VENTING FOR OFFICIAL IS THE BEST OPTION.

One of the major setbacks, however, at least for me, is the fact that the case does not have a switch. Once you wear the case on your phone, it automatically keeps charging your phone. Apple says that it manages intelligently to stop the charge flow when the battery level reaches the 100% mark. Although, it is always preferable to save the battery for another time instead of charging it continuously when not needed.

To rub salt in the wound, Apple’s smart battery case is substantially overpriced despite its setbacks. Although, you can get the black one for $96.59, the red one for $108.99, and the white one for $98.99.

Get Black
Get White
Get Product Red

A moderately different approach to battery cases, Moshi allows you to separate the battery enclosure from the case. It’s good and it’s bad.

The advantage is that you won’t always have to hold the bulk of a case, as when the battery charges completely, you can remove the battery enclosure and all that remains is a case.

The case alone is manufactured from a material that presents military grade drop protection. It’s also bulged out in the front to protect the phone in case it falls flat on the screen.

The disadvantage is that you must carry the battery enclosure with you, which at times may not be economical. Come to think of it, the Moshi IonSuit battery case is only slightly different from a portable juice pack. Instead, it poses as a poor version of a juice pack, since it can charge your iPhone 7 only once. It has a 3,020 mAh battery capacity, just for the info.

Like every case in this list, except for Apple’s original, you can control the flow of the battery into your iPhone with a button. Subsequently, you can also use LED indicators to determine the remaining battery in the case.

Now, since this is a plug-and-play kind of battery case, issues with music playback through wired headphones and data flow to and from a computer do not prevail. That is, unless you have the case on. For that matter, you’ll have to wait for the phone to charge to your desired level, remove the battery case; and then plug in any wires, since Moshi does not provide a lightning port or for that matter, a compatible micro-USB port. Although, you are free to listen to music anytime via Bluetooth-enabled devices.

You can get the Moshi IonSuit battery case for $50.

Compared to all products in this list, Mophie presents a difference. It brings wireless charging to an iPhone 7. Yes, that’s exactly what you read.

Wireless charging, however, is the only feat Mophie has been able to acquire. Rest all seems tremendously offbeat.

Starting with the technicalities, this case has a battery capacity of 2,525 mAh, meaning it can charge your phone only once. It provides average durability and protects both the phone and the case against damage. In addition, the forward-facing speakers redirect the sound from the original speakers, providing better sound.

BUYING THIS CASE, IF IT WORKS FOR YOU; WONDERFUL. IF IT DOESN’T, HELL!

You can, among other stuff, charge the case and using it, charge your iPhone wirelessly by placing it atop a Qi certified wireless charger.

Everything with this case seems candy until you read public reviews on Amazon. Some people complain Mophie’s ChargeForce Battery case begins malfunctioning a few months after purchasing it. Some say it completely loses the ability to hold a charge a month into the purchase. If that seems normal to you, consider the fact that Mophie sells this case for a staggering $100. You may never know, though, until you use it yourself.

After reading the reviews and realizing the lack of features in Mophie’s ChargeForce battery case, I don’t think there’s a point discussing its ergonomics in ail. However, if you are a fan of Mophie products and have been using them for the longest time ever, you will love this one. If it works at all.

Buying this case, if it works for you; wonderful. If it doesn’t; hell!

You can get it for $99.95. Currently, it is at a severely discounted price. So take a look.

These are the best cases I enjoy wearing on my iPhone 7. Sadly, there are only a few battery case varieties on the market for iPhone 7 and 8, partly because of the accessory market’s focus on newer models. However, many people still use their iPhone 7/8 for daily use. This is one of the reasons why Apple faces serious revenue and stock damage.

However, regardless of the condition of iPhone sales, the market for accessories is far from having a big impact. What do you think about it?