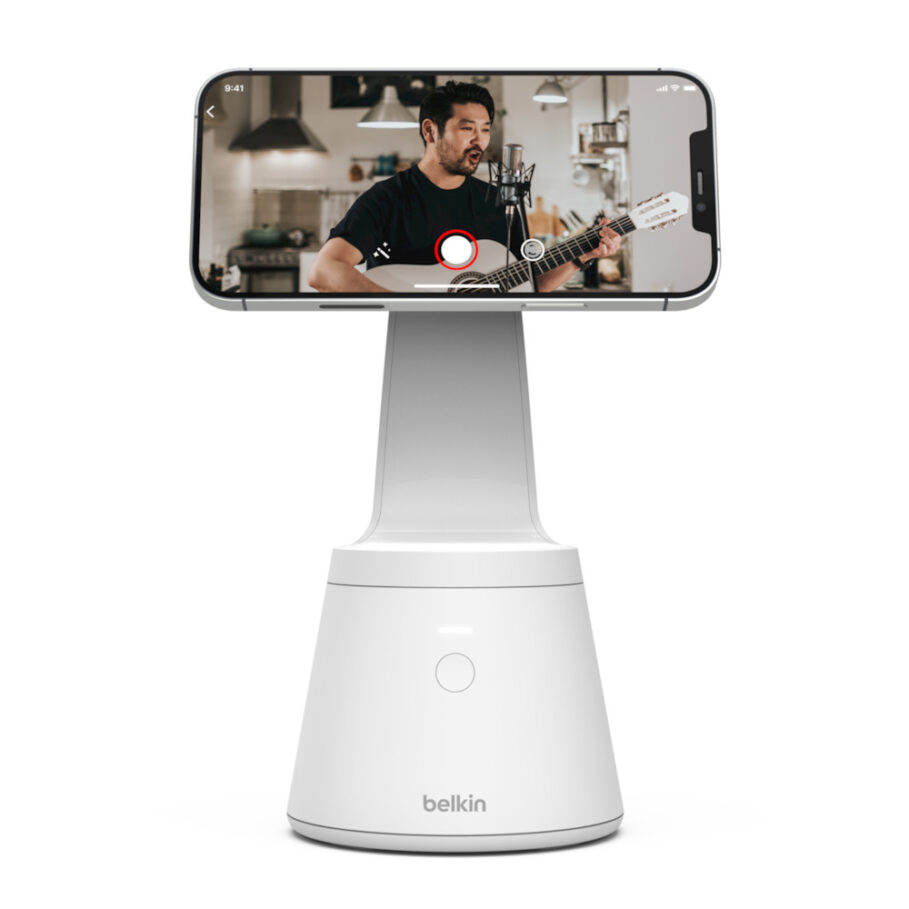 Recently, Belkin, a company that’s quite well-known for its accessories revealed a new one for the iPhone 12 lineup—a magnetic mount that tracks your face and swivels along as you move, called the Magnetic Phone Mount with Face Tracking—among a wide range of other accessories.

It’s worth noting that face tracking only works within Belkin’s iOS app and you cannot use it for anything other than capturing videos. While this severely limits the overall market for Belkin, it’s still a valuable proposition for those niche sets of users who love to record videos and post them online (i.e. TikTok-ers). In fact, the company has also made it easier for such users by implementing instant social sharing options right within the app, meaning they can easily share their video to their favorite social platforms including TikTok, Instagram, Twitter, etc.

Aside from that, there has been a kind of mystery as to when Belkin plans to announce the face tracking magnetic phone mount. Its website says that the item is “coming soon to Belkin” but doesn’t offer a definitive timeline. However, according to an FCC filing posted yesterday, it seems that the accessory has finally been approved.

This means that Belkin has been given the green light to release the iPhone 12 mount and the product’s release must be imminent. It’s also worth noting that the magnetic mount exclusively works with the iPhone 12 thanks to the phone’s array of magnets Apple has so elegantly dubbed MagSafe.

Hardware that moves along with your movement is cool. But I’m not sure many will buy Belkin’s Face Tracking Mount for the iPhone 12, especially if they’re not much into recording videos.

Nevertheless, it might still offer an unparalleled experience for video recording since it can turn 360 degrees and shoot at any angle.