Apple Watch Series 6: Final roundup of all the rumors 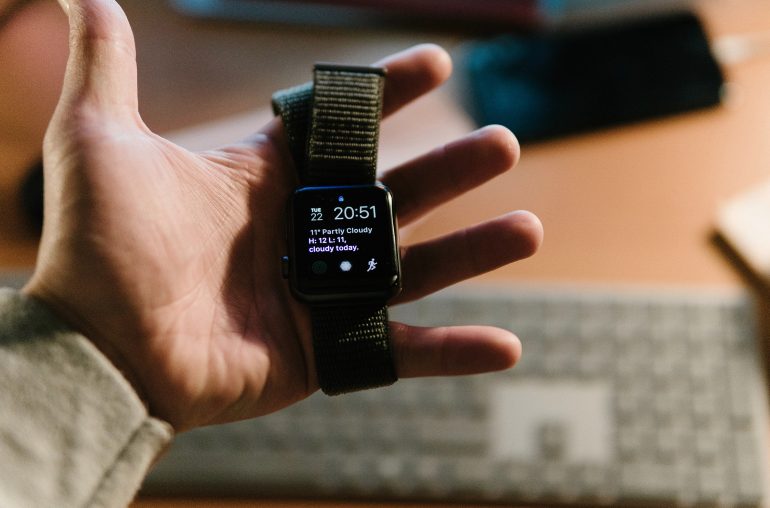 While the Series 5 comes with an improved always-on display technology and a faster processor than the Series 4, Apple is all set to improve upon that with the Apple Watch Series 6 that the Cupertino giant is set to launch in an Apple Event soon.

The Apple Event will be held on September 15 and will feature four new iPhones, a new iPad Air, Apple’s AirPods Studio over-ear headphones, and a new set of Apple Watches.

Despite what we know about the announcement so far, it is unclear when the new Apple Watches will begin shipping. Normally, it would be a week or 10 days; but things are a bit uncertain now owing to the fact that the pandemic affected Apple’s supply chain and production to some extent. Due to the same reason, there is speculation that the 6.1-inch iPhone 12s will ship earlier than the 5.4-inch and the 6.7-inch iPhone 12s.

Having said that, here’s every Apple Watch rumor that we’ve heard so far. Some of these features, however, including the removal of the digital crown and the replacement of the current OLED display with a Micro-LED display, seem unlikely and we’ve discussed why below.

One of the most notable rumors about the Apple Watch Series 6 has been that it will feature Blood oxygen Monitoring. Blood oxygen monitoring, using pulse oximetry, measures the oxygen saturation in a person’s blood. A normal blood oxygen level ranges between 95 to 100 percent. Anything above or below that indicates there might be a problem that can be a cause for even a cardiac arrest.

This was first reported by Taiwan-based website DigiTimes. According to the report, the Apple Watch Series 6 will “feature biosensors that can monitor sleeping conditions, detect blood oxygen and measure pulse rates…” Later, 9To5Mac also found snippets within leaked iOS 14 code a while before WWDC 2020 suggesting that Apple was working on blood oxygen detection for Series 6.

We are unclear of the reason as to why Apple hasn’t offered blood oxygen tracking to older watch models even though the hardware supports it. According to our speculations, it could be that older watches lack certain hardware that is required to sustain the blood oxygen tracking feature. Maybe older watches don’t have enough battery capacities. It could also well be that Apple is trying to push sales for newer models which would become difficult if older models supported most new features at a lower price point. It could also be that Apple couldn’t get FDA approval for the feature until now.

Apple introduced an electrocardiogram (ECG) feature alongside the Apple Watch Series 4 that measures irregularities in your heart’s rhythm and electrical activity. But it often provides inconsistent results if the heart rate is too high meaning it’s only suited to run effectively at a certain range. Rumors have suggested that Series 6 will improve ECG and produce close-to-accurate results at a wider range.

Since ECG is supported by Apple Watch Series 4 and 5, it is unclear if these efficiency upgrades to the feature will be bundled with watchOS 7 and applicable to older watch models or offered exclusively with the Series 6.

If these rumored features realize, it would push the Apple Watch deeper into the realm of health-centric wearables as more and more people would place their trust in it for tracking crucial medical abnormalities.

An unusual leaker, Nikias Molina recently tweeted a list of features the Apple Watch Series 6 is expected to launch with. Within those features, he also mentioned “Mental Health Abnormalities Detection.” Nikias hasn’t previously leaked anything. However, Jon Prosser replied to his tweet with a confirmation suggesting mental health features will be coming to the Apple Watch Series 6.

This feature will probably help track mental health using your Apple Watch by monitoring anxiety and pulse rate. Again, we don’t know if this will be a Series 6 exclusive or be available to older Apple Watch models through updates to watchOS.

Although Apple released Sleep Tracking as a watchOS 7 feature available for even older Apple Watch models, some rumors speculate that the Series 6 will feature specific hardware to enhance the Sleep Mode functionality.

Currently, with Apple Watch batteries lasting only up to a day, people prefer to charge their watches overnight, including me. This poses problems for sleep tracking to which Apple doesn’t have a solution yet. The Apple Watch Series 6 could solve that by either featuring a bigger battery or a specialized low-power sleep mode, 9To5Mac notes.

The sleep tracking system in watchOS 7 doesn’t particularly track your sleep — which is proven to be pointless. Instead, it sets a chain of events within the Apple Watch that helps you get to sleep. That feature is called Wind Down and is a part of the Sleep Tracking features in watchOS 7. It dims the watch’s screen, mutes notifications, and eliminates additional distractions both on the watch and on the iPhone.

Apple Watches have become quite ubiquitous among iPhone owners. They are one of the most versatile smartwatches in the market right now. But, they lack ages behind in terms of battery life when compared to the batteries on other smartwatches.

A better battery means the Apple Watch Series 6 would be able to stay on for longer without charging, making it easier to use the sleep tracking feature. It would also be great if Apple improves the charging speed for the Apple Watch.

No design refresh this year

The Apple Watch Series 6 will reportedly follow the same design as the Series 5. However, Apple could make usual changes to the aesthetics of Series 6 in terms of new finishes, materials, and colors.

Last year, Apple launched the Apple Watch Series 5 with a titanium finish. We can also expect Apple to add something new this year. However, we suggest don’t get your hopes too high up for this one.

Alongside updated aesthetics, Series 6 will also introduce new watch bands to go along with the watch, as is the yearly trend.

One of the most distinctive features of an Apple Watch is its digital crown — a roller that you use to navigate the watch’s interface. But it may be going away. As to why I am not as affirmative about this rumor as compared to others, it’s coming from a patent.

A patent filed in January 2020 indicates that Apple may be getting rid of the digital crown altogether in place of an optical-based system. If this ends up to be true, Apple will be able to cram much more, including potentially a larger battery into the watch’s chassis as the digital crown takes up a lot of space.

However, another rumor, albeit a recent one, suggests that the Digital Crown will stay but lose its capability to rotate. Instead, it will feature light and touch sensors that will simulate the rotating experience for your fingers, much probably with some sort of physical feedback. This change would also clear up some space for additional improvements within the Apple Watch chassis and make things easier for Apple since they currently have to sync the mechanical rotation with the software interface.

Adding light and touch sensors to the Digital Crown also means that Apple would maybe add a fingerprint sensor to the watch. Currently, users have to tap on a tiny screen to enter a passcode which is quite inconvenient.

Initial rumors dating back to last year speculated that Apple would release an Apple Watch in 2020 that would feature a Micro-LED display and ditch the OLED display. These were fueled mainly by the fact that Apple invested $300 Million dollars in a company producing Micro-LED displays.

But leaker @lovetodream on Twitter first suggested that Micro-LED in 2020 is unlikely to happen and the Series 6 is to stick with an OLED display. Then, an observation from MacRumors “reading along the lines” of comments made by an Epistar (the company that’s supposed to build LED displays for the Apple Watch) executive indicate Micro-LED adoption won’t catch up with Apple Watches before 3-4 years.

Micro-LEDs are more efficient than an OLED panel as they consume less power, offer better contrast and color reproduction, higher brightness, and a wider color gamut. I’ve covered Micro-LEDs in more detail in a previous article.

This may not concern us directly as end-users, but if the Apple Watch Series 6 ships with a motherboard made up of LCP, it will improve the performance and the efficiency of the watch.

“Compared to legacy materials like PI, LCP offers a number of operational advantages including superior frequency attenuation, thermal performance and moisture resistance. The substrate’s assets tick off the right boxes for Apple, which year after year pumps out a set of increasingly complex portable products that rely heavily on fast, capable data lanes.”

No Force Touch on Series 6

Force Touch is Apple’s proprietary feature that lets users interact with interfaces within Apple products like the iPhone and the Apple Watch using a pressure-sensitive touch screen.

Previously known as 3D Touch, pressure-sensitive screens initially appeared on iPhones starting the iPhone 6S. It allows you to unravel additional menu options by pressing into the screen. Force Touch is also quite enjoyable to use while interacting with elements within a game. However, Apple is slowly killing Force Touch due to its limitations. All the latest iPhones do not feature a pressure-sensitive display and now it is rumored that the Apple Watch Series 6 will also ditch the Force Touch hardware.

Why we’re so sure about this is because Apple removes Force Touch functionality within watchOS 7 betas even in older watch models that feature pressure-sensitive displays. Getting rid of Force Touch panels from the Apple Watch may allow the watch to be thinner or accommodate a larger battery.

Better waterproofing, WiFi 6 Support, and a budget Apple Watch to accompany the Series 6

Apple is reportedly waterproofing the Apple Watch to a further extent. The Apple Watches from Series 3 through 5 offer resistance up to 50 meters underwater. So, it is expected that Series 6 will improve upon that.

Particularly, it will feature 16GB internal memory, a Digital Crown with haptic feedback, Bluetooth 5.0, and cost same as a Series 3, as revealed by a leak by Twitter user Komiya.

The Apple Watch Series 6 will feature a performance upgrade in the form of the S6 and the W4 chips respectively as an upgrade from Series 5’s S5 and W3 chips. The “S” initial indicates the custom Apple Silicon used to run the Apple Watch while the “W” initial denotes the chip that is used to effortlessly connect the Apple Watch to the iPhone.

The Apple Watch Series 6 is expected to feature a price similar to the Series 5 — $399. That said, since the purported budget-friendly Apple Watch will be a continuation to the Series 3, we can expect it to be priced at $199.

These were all the rumors spent consolidating the upcoming “Apple Watch Series 6” as we know it. If there’s one thing about the nature of rumors that’s severely consistent is their uncertainty. So, we suggest you take these rumors with a grain of salt. The only constants here as far as Series 6 is concerned include its updated S6 processor and W4 chip, and to some extent, the price.

Further, the Apple Watch Series 6 is set to launch sometime soon this month. As a result, we suggest you refrain from current Apple Watch models now, especially Series 5 since the price for Series 6 will remain the same.