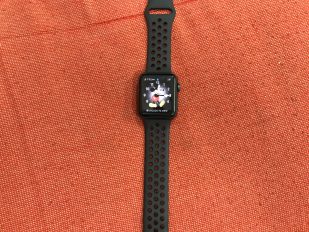 What do you use it for?

Even though the Apple Watch Series 3 with LTE launched late last year, I’ve had it strapped on my wrist for just a month now. This, however, does not mean I wasn’t aware of it before.

I’ve been following the Series 3 since its launch, and it has evolved into a masterpiece, if not anything. But a month of usage has made me ask myself this question every single day. What do I use this watch for?

Others too, have asked me this question on numerous occasions. And I’ve failed to answer. Although, it’s not that the watch isn’t a help. But, the important things it does, seem inconspicuous to the human mind even so that they feel useless.

That, however, indicates simple human nature. We tend to criticize everything before we learn to appreciate the intricacies. And in this case, Apple Watch is the victim of the criticism.

The Series 3 watch is not so different from the previous iterations, design wise. But, distinguishing it from its predecessors is fairly difficult unless you have the LTE version. Which, in turn, has a red marking on the digital crown. And it doesn’t look so good. The red marking feels just out of place and it distorts the candy-like appearance of the watch in a jiffy. Rest assured, the watch is candy.

Although, what intrigues me the most, and what I “think” will appeal you is the pebble-like form factor of the watch. If you have one, slide out the straps and feel the watch in your hands. It’s mesmerizing, at the very least. When I first unboxed and unwrapped the watch, I was just as pleased to look at the back of the pebble as its screen. The back is where the heart rate sensors are located, though. Convex glass and four tiny light sensors do the magic in functioning. And the best part is that you won’t feel any of it when the watch stays on your wrist.

The aluminum finish, too, is smooth to an extent that you forget you have a watch strapped on your wrist. But that is unless you have purchased loops that are heavy. The standard curved glass finish at the front gives a unique identity to the Apple Watch, per se.

The display is an Ion-X glass which is only available on the Nike edition watches. It is not as durable as the Sapphire Cyrstal displays on the stainless steel and ceramic versions but it does the job. I, however, managed to get a scuff on the screen in the first week. The glass slightly scrubbed against a concrete wall, and that’s all. Since then, I have been very possessive of it. On the contrary, there aren’t any screen protectors that don’t change the appearance of the watch; adding to the bulk. So, I never got one. 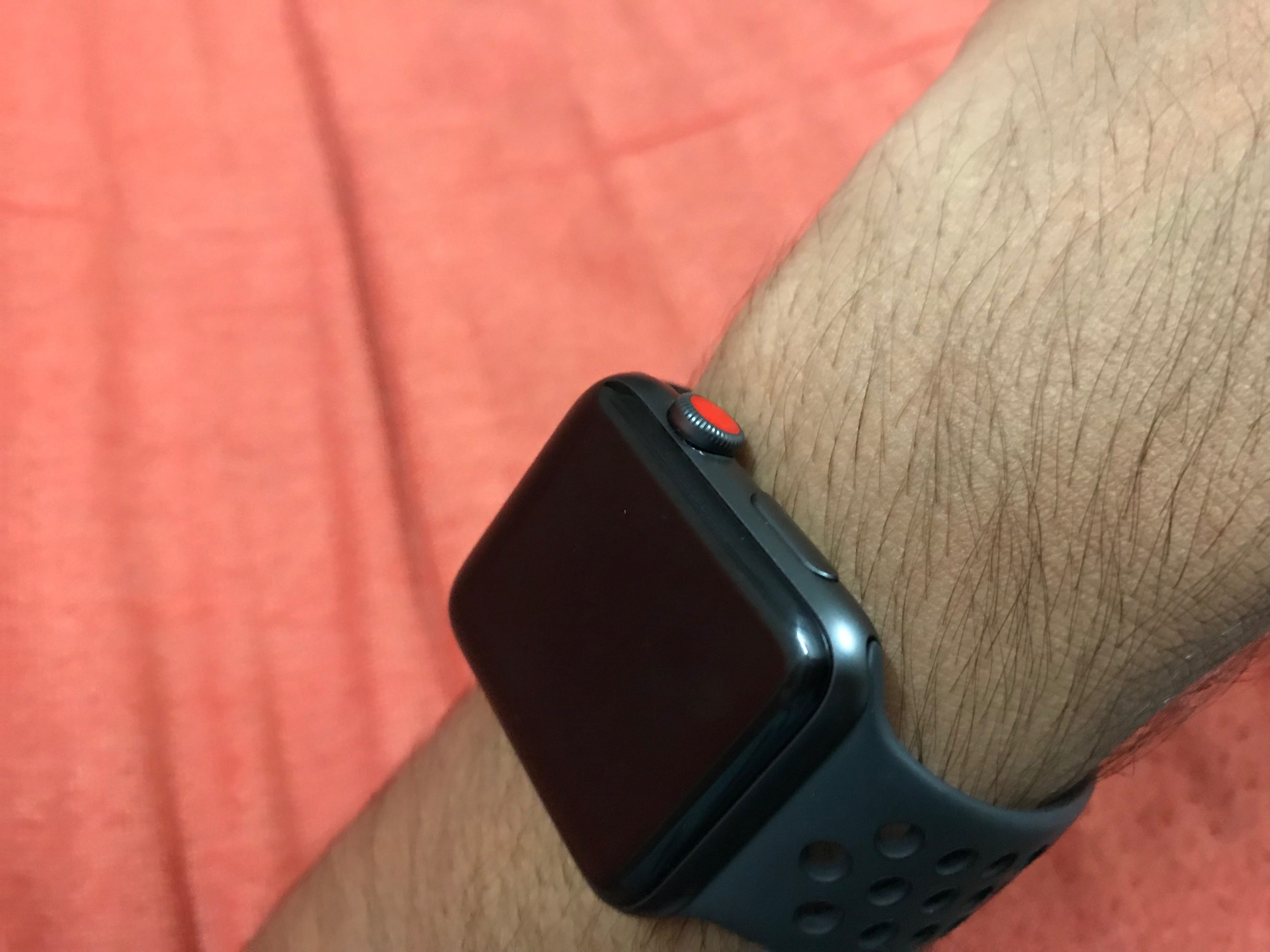 Anyway, the screen has so far managed to withstand scratches from usage. There might be some microabrasions, but too micro to notice in daily use. The digital crown on the Series 3 rolls smoothly. In fact, too much smoothness increases the fear of accidentally damaging it. Thankfully, though, it has been able to maintain its robustness. I have, however, managed to notice an intermittent delay in response time with the digital crown. Which is subconsciously annoying.

The screen, sometimes, does not respond to taps even when my wrist is raised. I am not sure if this is a problem just with my unit or if it’s a global issue. Most of the times, the screen is accurately responsive.

Apple Watch Series 3 comes in two configurations. One with LTE and the other without it. And I have the one with LTE. It consists of an additional chip inside that acts as a virtual SIM card. In practice, it’s just an extension of the SIM card on your iPhone.

You are given an option to set-up and enable LTE during the initial pairing process. When I did it, the watch took around a day to completely set it up. I have just used LTE once, ever since. But, the idea of having an LTE-enabled watch isn’t as useless as it seems. Believe it or not. The Apple Watch is mostly expected to be used for tracking walks, jogs, runs, laps, climbs, and all forms of exercise. All that de facto demands yourself detached from your phone. And LTE helps in those moments.

The idea of having an LTE-enabled watch isn’t as useless as it seems.

As for me, I am not a fitness freak. Thus, you won’t spot me out running or jogging even for once. Even then, LTE still feels helpful. For instance, I forgot to grab my phone once during an outing. But, the Series 3 helped me attend important calls and reciprocate back. The only thing that bothered me was how stupid I looked talking to my watch, nearing it to my ear to carefully listen to the voice generated from its very soft speakers.

The only day, however, that I had to rely on LTE was also the day my watch sifted through battery percentage. In just three hours, I was down around 40 percent of juice. But that issue wasn’t the elephant in the room. It was when my watch’s temperature rose almost to skin-burning levels. That day taught me to never forget my phone.

Back to the prime existential question that haunts potential buyers. What do you use the Apple Watch for?

I thoroughly enjoy having iPhone notifications pop on my watch. But I don’t enjoy them merely due to the convenience of not sliding out my phone from the pocket. I enjoy them because of the additionally inclusive interactions that aren’t feasible on an iPhone. For example, usually, you won’t reply to a serious text on your iPhone with a playful emoji. But Apple Watch teases you to do that. The fun, moreover, doesn’t stop here.

There are tons of ways you can interact with your watch. The best ways, though, are the ones which involve using the digital crown. I cannot stress enough on how the digital crown delights the mind. You can use it for scrolling, skimming, controlling volume, and much more. It’s definitely better than interacting with the screen. The crown has also improved a bit from previous generations. Especially in terms of smoothness and the specific accented red color on the LTE version.

The App Store for the watch isn’t replete with diversity

Although, any device today, be it a smartwatch or a smartphone is deficient without apps. But Apple Watch, per se, doesn’t have enough of them that you can use. The App Store for the watch isn’t replete with diversity. All you will find are apps that focus on fitness more than anything. The fact, however, is that you don’t need the app store in the first place. Apple Watch comes with all the required apps pre-installed. Want to workout? There is a dedicated workout app. Want to listen to music? Apple Music is on the watch. Want to set an alarm? Don’t worry, it’s already there.

The latest units of Series 3 ship with watchOS 5 pre-installed. It’s not so much of an improvement over watchOS 4, though. Some new things include automatic workout detection, the podcast app, activity challenges, etc. Although, workout detection somehow does not seem to be accurate enough in my case. 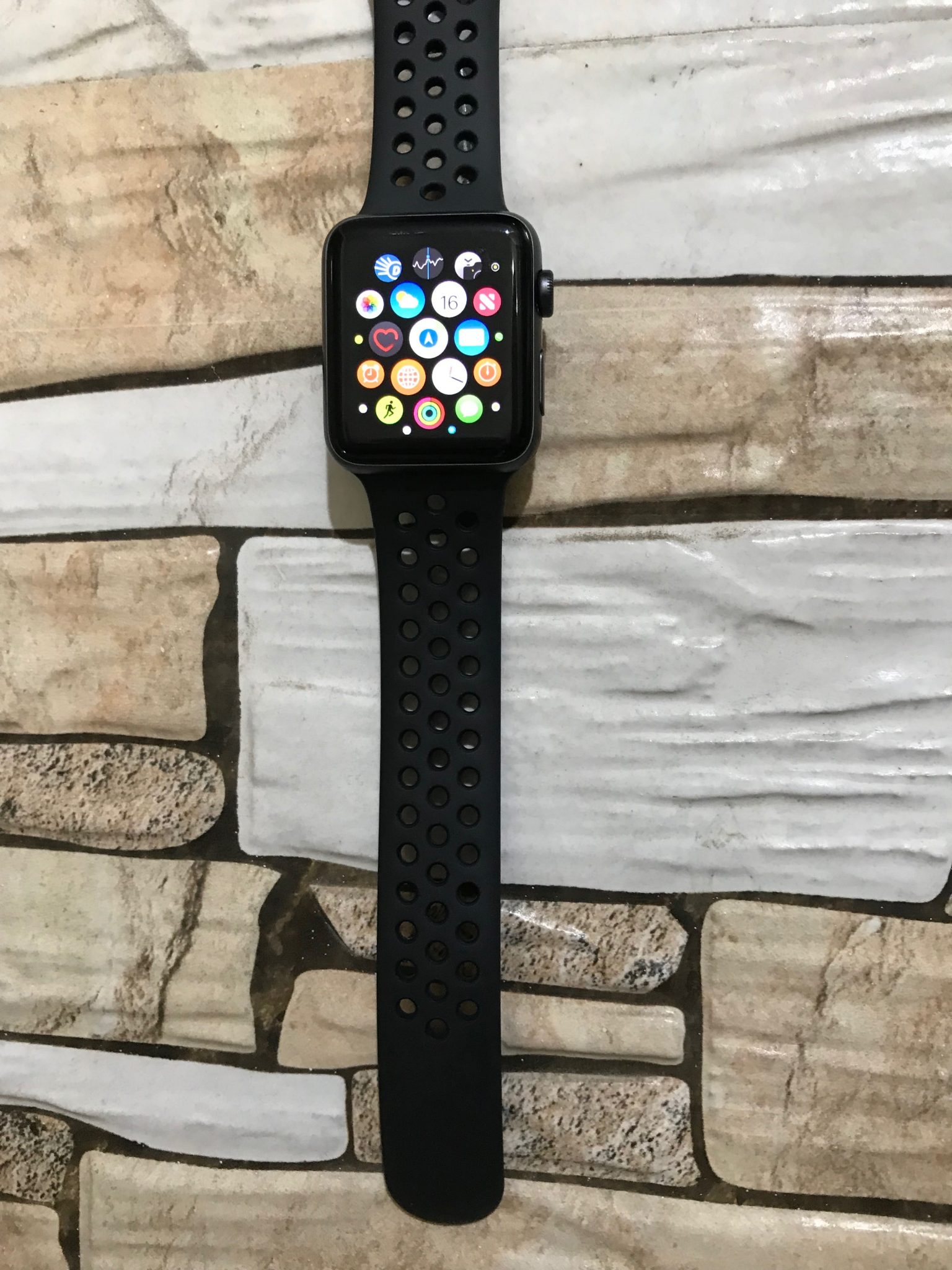 One of the major satisfactions you get is when the watch says you’ve completed three out of three rings for the day. The Apple Watch community on Reddit thrives on the completion of Apple Watch rings on a daily basis.

I haven’t got to test the new Walkie-Talkie feature introduced in watchOS 5 yet. But I don’t get its prominence, especially considering the fact that these watches aren’t cheap to get in the first place. And not everyone could afford it. So there’ll be fewer people to interact with. Performance wise, Series 3 does a pretty good job. However, I’ve managed to notice a few lags while scrolling and opening apps. But, the watch has never hung up on me.

Music and calls are some of the things you would enjoy controlling on the Apple Watch. It gets too easy to skip a song, turn up the volume, and attend a call.

Series 3 has a rechargeable lithium-ion battery that takes around two and a half hours to complete a 100 percent charge. The battery, however, stays put long past Apple’s advertised 18-hour limit. I never had to charge my watch twice in a day. Just the day when I had to forcibly use LTE.

Workouts, additionally, are a major battery drain aside from LTE. This could probably be due to the fact that all of the watch’s components are in use, including the screen.

Lots and lots of accessories…

Like every other Apple product, the Apple Watch has a ton of accessories custom-made for it.

And unlike other smartwatches, Apple Watch allows you to change straps, which is one of the things I love most about the watch. It’s ironic that the company known for offering minimal customizations is the only company that allows customizations to an extent that no one else does. The variety and diversity of straps available for the watch are quite impressive. But beware of third-party watch bands. Some of them aren’t of appropriate quality and harm the watch inadvertently, one way or another.

If you want, you can check out some accessories for the Apple Watch.

I talked about customization earlier and how Apple doesn’t stand back at it with the Apple Watch. And here I am again, criticizing the Cupertino giant for its inability to allow third-party watch faces.

Just like wallpapers on the iPhone, the Apple Watch gains new watch faces only with new firmware iterations. And the ones that are available right now aren’t enough for our customization needs. And the only way Apple can help with that is to allow submission of third-party watch faces as Android Wear does.

Millions of stuff you can discover. It’s wonderful to know the possibilities the Apple Watch can touch upon, yet it’s so small it fits on your wrist. What do you think? Fire down in the comments below!