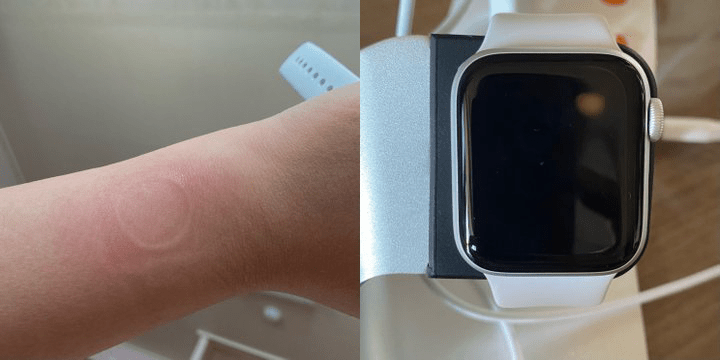 Several Apple Watch SE units sold in South Korea have been reported to overheat after a few hours of usage. The issue does not seem to be with the battery, though.

According to a Reddit post sharing details about the complaints, there are up to “6 confirmed cases of Apple Watch overheating in South Korea.” All complaints suggest that the Apple Watch SE developed a yellow spot hours after usage after getting hot. Some users were wearing the watch on their wrists while the issue occurred.

One Apple Watch SE owner reported their watch getting hot the same day they ordered it. They were wearing it on their wrist when it suddenly got hot. Other reports suggest red marks on the wrist due to the watch being too hot.

” was reported in October 10. The owner received the product on October 7. The owner was using the watch in the wrist, until the owner felt the wrist being hot. The screen got yellow and the power doesn’t turn on.”

The Reddit post suspects the problem to be the display connectors near the Taptic engine and not the battery, which is usually the culprit in overheating cases. A yellow spot appears beneath the display of affected watch units.

Even though the display stopped working, one user was successfully able to play a pinging sound through the Find My app. All affected users either got a refund, a customer service request, or an exchange.

These kinds of issues can occur sometimes due to manufacturing errors in a batch. This does not mean all units are defective, especially since reports of such damage outside of South Korea haven’t yet emerged. The gravity of the issue, however, is of importance here, despite the fact that reports are few.

If you happen to face similar overheating issues with your Apple Watch, we suggest you contact Apple support immediately. Once you’re done, let us know about your experience through the comments section below.