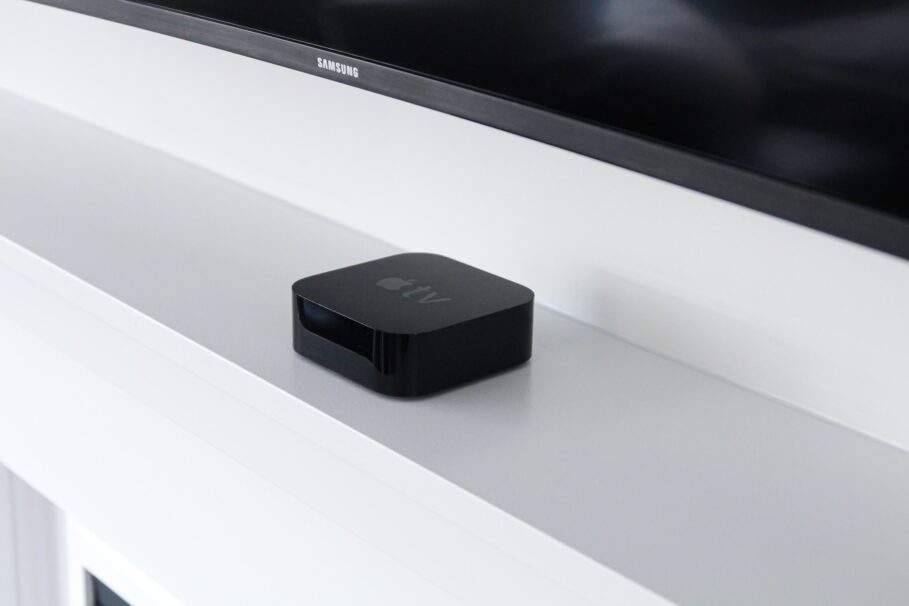 Apple is reportedly developing an improved Apple TV that will sport an integrated HomePod speaker and camera hardware, according to a new Bloomberg report.

Bloomberg notes that this might be Apple’s biggest entry into the smart home devices segment as none of its competitors currently offer a similar device or (documented) plans to do so. It will offer an all-in-one package for Apple TV users wanting to watch videos shows and movies with better immersion, thanks to the HomePod speaker, play games, and make FaceTime video calls right from the living room while also benefitting from the security it would provide.

Apart from that Apple is also thinking about launching a high-end speaker with a touch screen display, according to the report. Such a device would connect an iPad with a HomePod speaker using a robotic arm that can move or follow a user around a room.

Such a device will pit Apple against Amazon’s Echo Show smart speaker that also has a touch-screen display alongside an integrated camera that follows user movement.

Apple registered a patent back in December 2020 that suggested Apple’s plans for such a device. Practically, the patent depicted that a HomePod was able to track a users’ eyes and detect their gaze to receive personalized commands.

Both devices are currently in the initial stages of development, which is one of the most crucial stages. This is because, in this stage, Apple decides whether it wants to continue developing the product or scrap the project. As a result, Bloomberg notes that there’s a chance these devices may never see the light of the day.