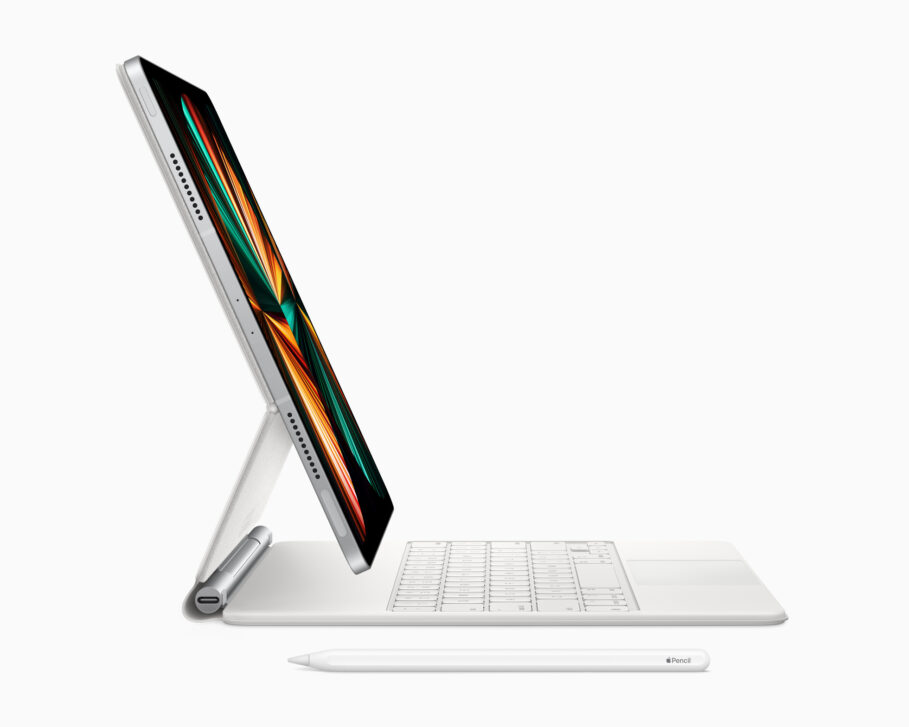 Apple today announced a new 11-inch iPad Pro at its “Spring Loaded” online event. There is nothing visually new about it, but it does come with 5G connectivity and boasts Apple’s flagship M1 chip. It costs $799 for the WiFi-only model and $999 for the WiFi + Cellular model and will come in two color options.

It will be available for pre-order starting Friday, April 30, and will begin shipping in the second-half of May.

Apart from 5G connectivity, the new iPad also includes Apple’s latest M1 processor which is the same as the M1 chips within its new Macs that the company released back in November. This makes it a more appealing device for both general users and enthusiasts, considering the kind of performance the new Macs with the M1 chip bring to the table.

The iPad Pro is now also available in a 2TB configuration where the previous model maxed out at 1TB.

Apple is also introducing a new software feature called Center Stage that uses the iPad Pro’s new 12MP wide-angle front camera to virtually track the users’ movements during video call. This means that when you move during a video call and are still in the range of the iPad’s wide-angle camera, the camera will place your image in the center of the screen.

As for connectivity, Apple is updating the standard USB-C port to support Thunderbolt 4 connectivity. Through that advancement, the new iPad Pro will be able to connect to the Pro Display XDR at full 6K resolution.

Apple also unveiled a new Magic keyboard for the iPad Pro. Okay, it’s essentially the same keyboard, but it’s now available in white and retails at $299.