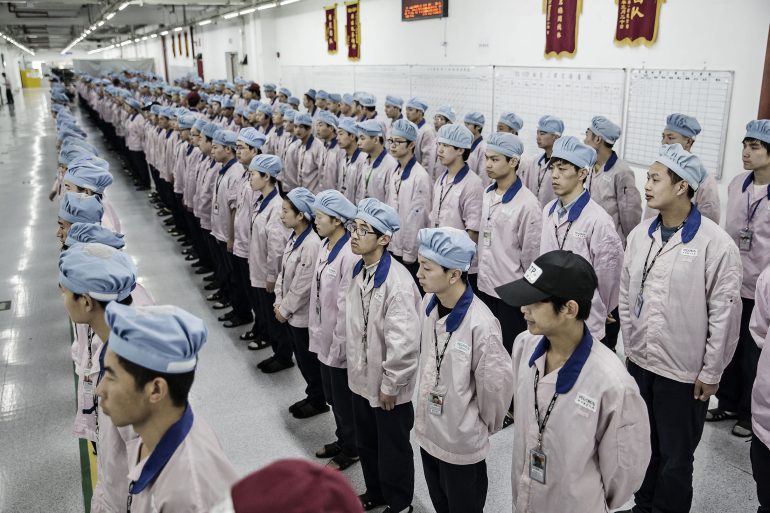 Apple has suspended one of its major manufacturers Pegatron for abusing labor laws and going to “extraordinary lengths” to hide the violations, according to a new Bloomberg report.

The Taiwanese manufacturer reportedly allowed student workers to work overtime and do night shifts, which violates Apple’s Supplier Code of Conduct. Pegatron has been a focus of labor activists for allegations of labor abuse for a long time.

It’s one of the major manufacturers that Apple relies on for the production of iPhones.

According to Bloomberg, Apple said it was unable to find any evidence of forced or underage labor at Pegatron but discovered that the manufacturer forged the paperwork. Pegatron has since fired the manager responsible for the student worker program.

Here is Apple’s statement that it provided to Bloomberg:

“Pegatron misclassified the student workers in their program and falsified paperwork to disguise violations of our Code, including allowing students to work nights and/or overtime and in some cases to perform work unrelated to their major. The individuals at Pegatron responsible for the violations went to extraordinary lengths to evade our oversight mechanisms.”

Here’s Pegatron’s statement according to Bloomberg:

“Pegatron said the violations took place at its Shanghai and Kunshan campuses in eastern China and that students working night shifts, over-time, and in positions unrelated to their majors were “not in compliance with local rules and regulations.” It said it’s taken “quick action” to strengthen its procedures, and will add adherence to the code of conduct to metrics used to evaluate senior management.”

This news comes in when Apple is in the midst of a supply crisis. The Cupertino company recently launched its iPhone 12 lineup and is struggling to keep up with demand. The company was recently said to be facing supply shortages for power management chips used to control 5G’s effect on the phone’s battery.

The suspension that Apple put in place for Pegatron, however, does not affect ongoing production. The Taiwanese manufacturer will likely lose future business with the company, including next year’s iPhones, to Luxshare—which is expected to join Apple’s roster of iPhone manufacturers.