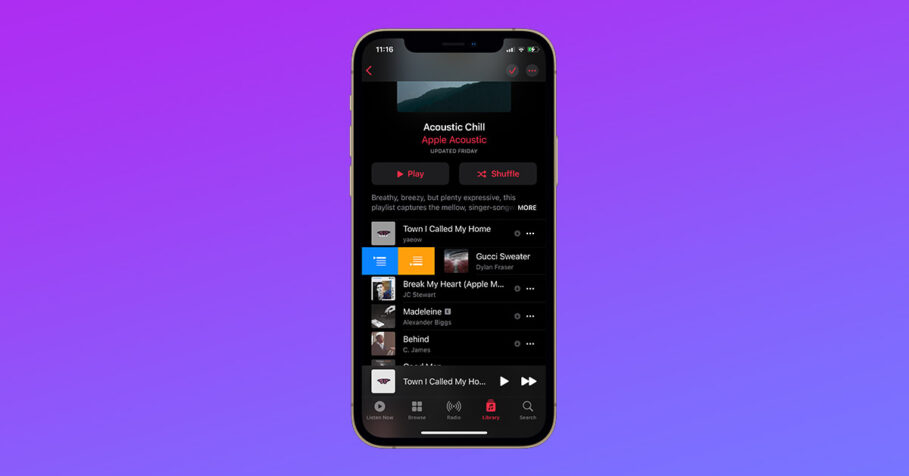 Apple launched iOS 14.5 Beta 2 for developers today and one of the new changes includes swipe options within Apple Music.

The buttons that appear when you slide left or right on a track are also colorized to make them appear distinct. The Play Next button is blue, the Play Last button is yellow, and the Delete button is red.

It’s an interesting addition as it makes managing songs in your queue much easier. Earlier users had to long-press on an app to prompt a pop-up featuring those options. It’s worth noting, although, that the old way of pressing on a song to reveal a menu still exists and is also refined in iOS 14.5 Beta 2.

iOS 14.5 Beta 2 also comes with other features including over 200 new emojis and support for the microphone privacy feature extended to more iPads.