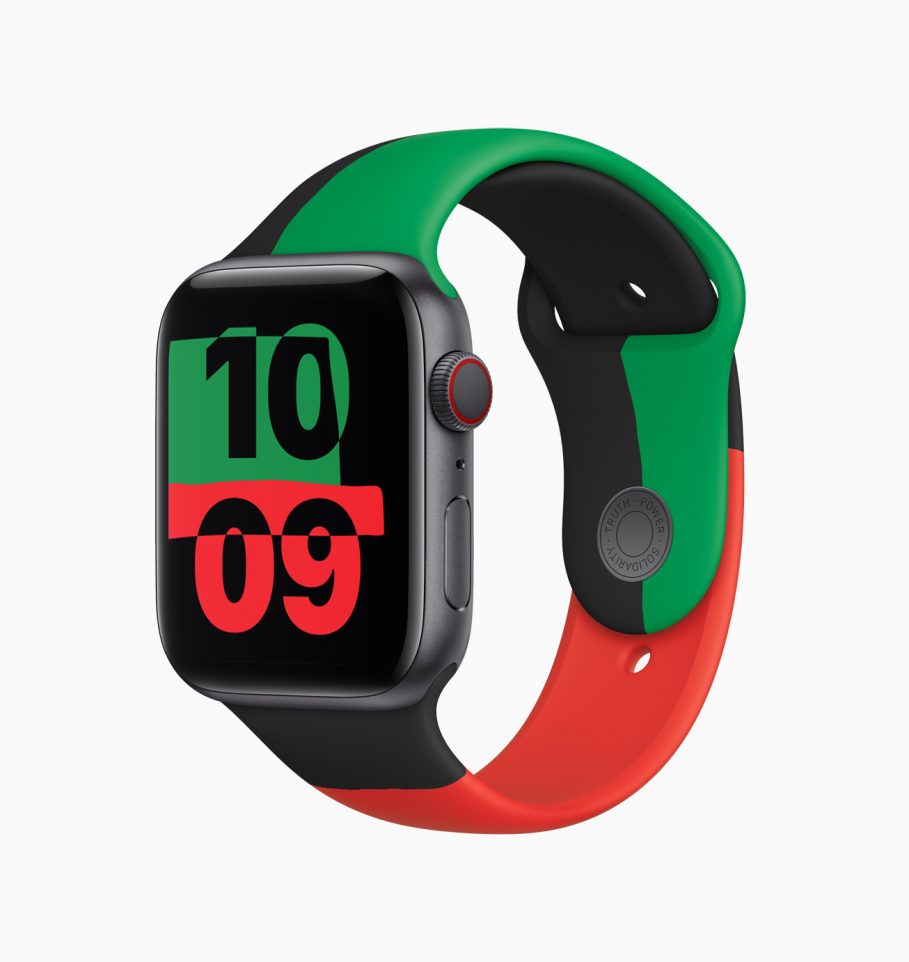 Apple has announced that it’s launching a limited-edition Apple Watch Series 6 in celebration of Black History Month that begins February 1 through March 1.

The new Apple Watch appears to be a space gray aluminum version of the Series 6 with “Black Unity” etched to the back alongside other labels. Apple is also offering a Black Unity Sport Band alongside a new Unity watch face.

The Black Unity Sport Band has “Truth. Power. Solidarity.” engraved into the stainless steel fastening pin. The band itself is made up of unique colors celebrating the colors of the Pan-African flag.

“The Black Unity Sport Band is made from individual pieces of colored fluoroelastomer, which are assembled by hand and compression-molded into one.”

The Unity watch face has been accessible to watchOS 7.3 beta testers for a while now. Apple says it will officially release the new watch face to everyone with watchOS 7.3 which is supposed to release later today alongside iOS 14.4.

Apple is also supporting six global organizations with this effort, the company says in its press release:

“As part of this effort, Apple is supporting six global organizations to help advance their missions in promoting and achieving equality and civil rights in the US and around the world: Black Lives Matter Support Fund via the Tides Foundation; European Network Against Racism; International Institute on Race, Equality and Human Rights; Leadership Conference Education Fund; NAACP Legal Defense and Education Fund, Inc.; and Souls Grown Deep.”

Alongside the new Apple Watch, Apple is also highlighting how it’s using its apps and services to celebrate Black History Month. These include the App Store Black History Month Hub, curated Apple Maps Guides to highlight black-owned restaurants in local communities, a broad new collection of Apple Books, and more.