Apple cuffed by another lawsuit due to false Apple Watch marketing 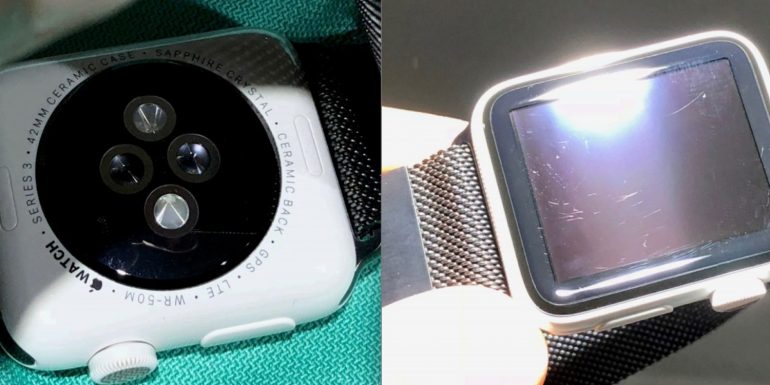 Apple has been hit by yet another lawsuit in consequence of its fake marketing on Apple Watch. In claims of the same, a Canadian man named Dean Lubaki filed an impeachment in hopes of acquiring justice for the transgression he had to face.

21-year old Dean Lubaki bought a 42mm, white ceramic Apple Watch last September and he has already managed to notice a few prominent scratches on the back as well as on the front of the watch. While most of us would blame ourselves for scratches developed on the device, Dean focused on Apple’s promise regarding the Apple watch,  imprinted on its website. It clearly states that this particular model of the Watch is “brilliantly scratch-resistant.”

Regarding this issue, he also visited an official Apple store to get help. But he was turned down even though he claims to have Apple’s extended warranty dubbed Apple Care+. So, in order to fix things, he took support from the small claims court expecting a refund for the Apple Watch and Apple Care+ extended warranty, alongside “additional compensatory and punitive damages.” The compensatory damage charges include, “mental stress and expenses that occurred because of the case in addition to the time of my life wasted that I will never get back,” and backing the punitive damages, Dean says, “Apple should not get away with lying to customers on website by falsely claiming that a product ‘won’t scratch,” nor “lying to customers to their face and in store.”

Well, this impel of his did give out some ripples and eventually, Apple contacted Lubaaki offering to replace his current Apple Watch doubled with a complimentary accessory. But, Lubaki declined the offer in order to still present himself in court– possibly to get more clarification from Apple.

This isn’t the first time Apple, or for that matter, any other company has been accused of false marketing of its products. Sometimes, it’s intentional, while most of the times it’s not. Dean Lubaki’s Apple Watch being highly misused could also be the case for those scratches. And there’s no way this situation could be justified. But, it’s for sure that Apple could find itself in some trouble if the case is pushed further. The tech giant hasn’t been transparent regarding its performance regulation on older iOS versions even in the past. And that has been embossed forever on the company’s reputation. So, at the end of the day, it’s the consumer who wins.