Apple remains unstoppable, with an annual increase of 11% since last quarter

New Mac and iPhone launches have helped a lot! 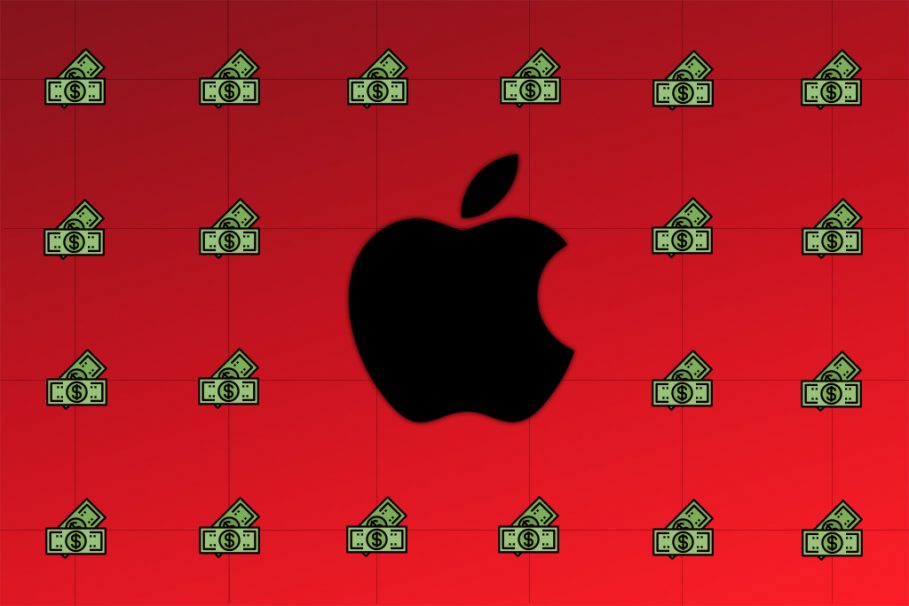 The world economy has taken a hit due to the ongoing pandemic. Every company is suffering big losses and the analysts had predicted the same for Cook’s Apple, but it proved everyone wrong.

Apple took in $59.7 billion in revenue last quarter, an annual increase of 11%. Very strong increases in revenue from Mac and iPad significantly pushed up the total.

Analysts had predicted that the company would go down 2.3% to $52.56 billion instead it saw huge profits.

In the previous quarters, Apple had shown massive growth. The first quarter reported All-Time Record Revenue and Earnings. The Company posted quarterly revenue of $91.8 billion, an increase of 9 percent from the year-ago quarter and an all-time record, and quarterly earnings per diluted share of $4.99, up 19 percent, also an all-time record.

The second quarter showed the Services Revenue Reach a New All-Time High of $13.3 Billion. The Company posted quarterly revenue of $58.3 billion, an increase of 1 percent from the year-ago quarter, and quarterly earnings per diluted share of $2.55, up 4 percent.

Apple’s CEO, Tim Cook said, “Apple’s record June quarter was driven by double-digit growth in both Products and Services and growth in each of our geographic segments. In uncertain times, this performance is a testament to the important role our products play in our customers’ lives and to Apple’s relentless innovation.

“This is a challenging moment for our communities, and, from Apple’s new $100 million Racial Equity and Justice Initiative to a new commitment to be carbon neutral by 2030, we’re living the principle that what we make and do should create opportunity and leave the world better than we found it.”

Luca Maestri, Apple’s CFO, stated, “Our June quarter performance was strong evidence of Apple’s ability to innovate and execute during challenging times. The record business results drove our active installed base of devices to an all-time high in all of our geographic segments and all major product categories. We grew EPS by 18 percent and generated operating cash flow of $16.3 billion during the quarter, a June quarter record for both metrics.”

Apple delivered as per its predictions. It had predicted near the beginning of the April-June period that there would be an increase in Mac and iPad sales. Mac sales hit $7.1 billion, up a whopping 22% year-over-year. And iPad sales totaled $6.5 billion, an amazing 31% jump.

According to Cult of Mac, Apple saw an increase in revenue for every type of its hardware products, and services too. Revenue from iPhone totaled $26.4 billion during the quarter, up 2% annually. Analysts had predicted Q3 iPhone revenue would come in at just $22 billion. The launch of the 2020 iPhone SE helped with this total.

The period between April to June is seen as Q2 by most companies but it is Apple’s Q3 as it begins its fiscal year in October. Apple typically releases at least one new version of its iPhone each year, a strategy that has helped the company consistently pull in quarterly sales figures in the tens of millions.