Apple dispatches iOS 11.4 with the return of iMessage on iCloud and Airplay 2! 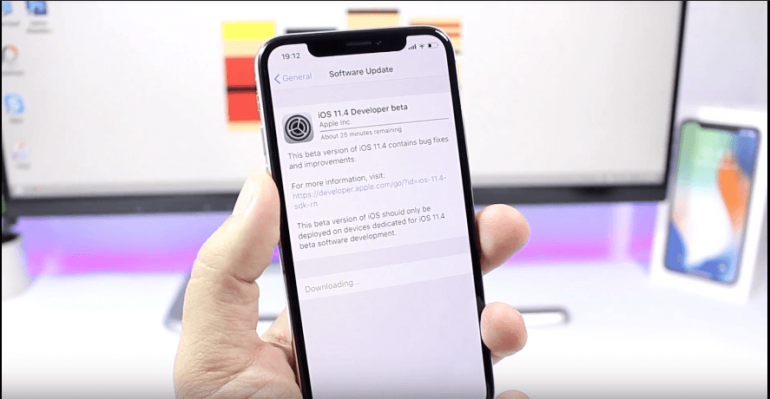 Apple released a new beta today altering from the official iOS 11.3 version to iOS 11.4. Though, this is not a ‘towering’ deal like its forerunner.

The new beta today contains the recrudescence of the same features that Apple had decided to skip from iOS 11.3 at the last moment. Yes, for folks that were disheartened by Apple’s ‘last moment’ actions, iMessage on iCloud and AirPlay 2 is back on iOS 11.4.

Initially, iOS 11.3 was the one that debuted with iMessage on iCloud which is a pretty useful earmark for Apple users. Mark this: Apple users, not just iPhone users. Basically, it allows you to completely save your messages to the cloud. For instance, if you chat with someone on your iPhone, that chat thread will appear on other Apple devices bearing the same Apple ID.

Similarly, if you delete a message from a thread on your iPhone, it will get deleted from all of your devices procuring that lustrous Apple logo.

Additionally, AirPlay 2, which also was forsaken from iOS 11.2 as well as iOS 11.3, is the second rendition of Apple’s standard for connecting to media devices. With AirPlay, you could connect to other speakers and Apple TVs wirelessly. However, with AirPlay 2, you will be able to connect to multiple speakers. This functionality was already available on Macs having AirPlay. So, AirPlay 2 fetches the goodies for iPhones, iPads, and iPods.

The awaited stereo support for the HomePod is included with iOS 11.4’s beta but doesn’t work as sound as it was expected to. This is due to the absence of an unreleased HomePod firmware. Although, there’s no affirmation as of when Apple will seed that.

iOS 11.4 brings back our beloved iMessage on iCloud and airplay 2 features.

Notwithstanding, hopes are up that Apple will finally release both of these features with the official rendition of iOS 11.4.

From the performance point of view, the iPhone X on iOS 11.4 feels more of what Redditors usually whoop: ‘Snappy’. Although, this could also be because of the reboot that the iPhone X on which iOS 11.4 was installed underwent.

Some caveats include the persistence of the notification bug, 3D Touch lag etc.

But, sifting through settings is nimble and swiping through apps is effortless.

However, it’s too early to comment on anything related to the battery on iOS 11.4 as of now. Well, we will keep you updated with more of iOS 11.4 on The 8-Bit.