Apple could hold an event on April 20, according to Siri 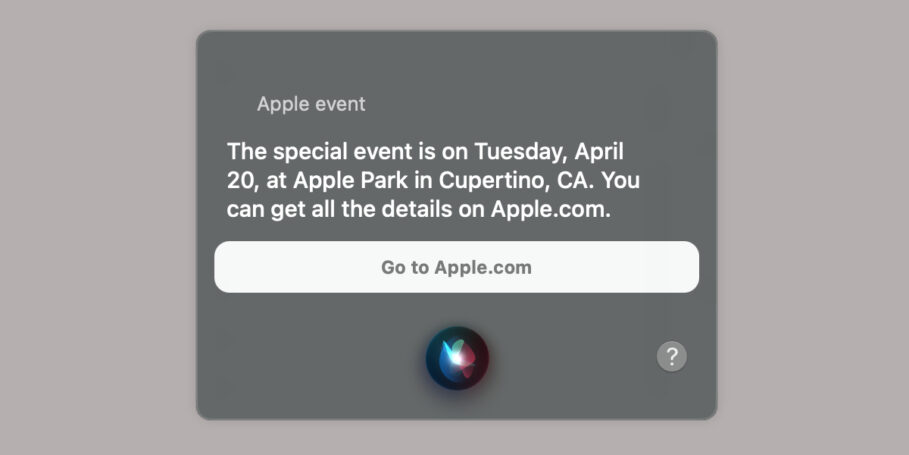 Apple is expected to announce its iPad Pro models at the end of this month. Interestingly, the company has yet to officially announce the date for its event. However, when you ask Siri about the event, it gives out the date of the event which is apparently April 20, as first spotted by MacRumors.

If it turns out to be true, Apple will launch its new iPad Pro models at this event including the 11 and 12.9-inch variants. The 12.9-inch iPad Pro is expected to feature a Mini-LED display which is an improvement over traditional LED panels Apple uses in its current iPads and MacBooks.

Upon asking Siri about the date of the Apple event, it replies “The special event is on Tuesday, April 20, at Apple Park in Cupertino, CA. You can get all the details on Apple.com.”

Apple usually sends out invites for its events two weeks ago. If the event is indeed on April 20, the lack of an invite so far is surprising. However, since the event is expected to be held online, we should be seeing invites as soon as today.