Apple announces 10.8-inch iPad Air 4 for $599 with a TouchID sensor in the power button

Cellular version will be available later this year 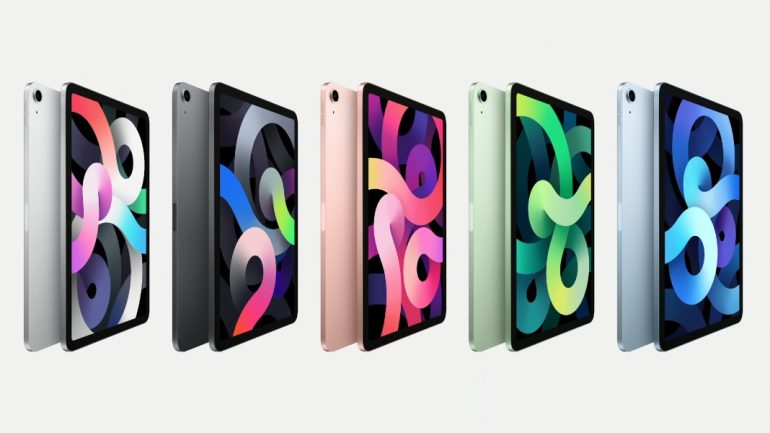 Apple has announced its new iPad Air 4 at its “Time Flies” event today. The new iPad Air has a 10.9-inch screen with a new iPad Pro-like design and a Touch ID sensor placed within the power button. It starts at $599 for the 64 GB version and will be available starting next month.

iPad Air will ship in five colors with the usual Rose Gold, Silver, and Space Gray options but for the first time, in Green, and Sky Blue options. It’s quite unusual for Apple to introduce new colors to the iPad range, but now that these are added, we can safely assume the new iPhones set to release this year will also sport these new colors.

One of the major highlights this year with the new iPad Air is the updated design. It’s similar to the iPad Pro. However, it lacks Face ID and instead substitutes it with Touch ID that is placed within the power button instead of on the bottom bezel. This ensures you get maximum screen real estate just like on the iPad Pro.

It also has a USB-C port instead of a Lightning port. The new iPad Air 4 brings a lot of improvement within machine learning thanks to the A14 Bionic processor. It also kind of steps on the features that the 11-inch iPad Pro offers. So, now, the only reason to buy the iPad Pro is the 120Hz ProMotion display.