An updated version of ECG coming to Apple Watch with watchOS 7.2 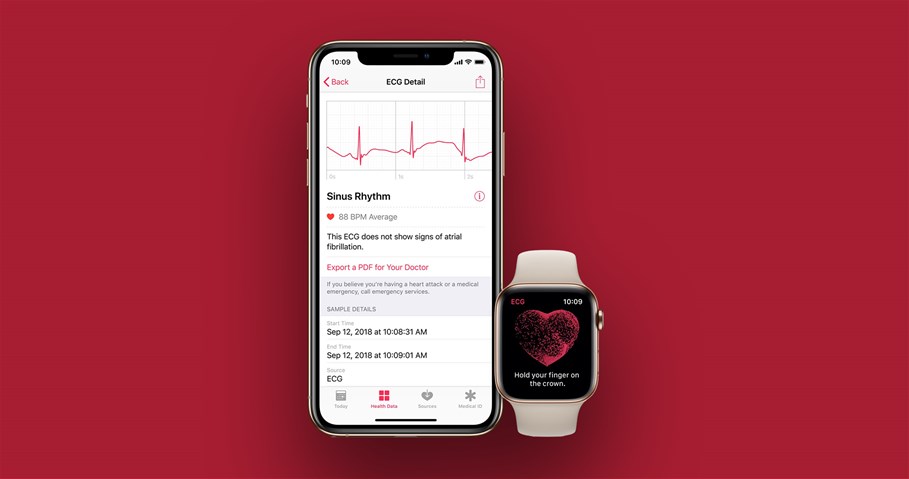 Apple has updated the Apple Watch’s ECG functionality with watchOS 7.2 which is currently in beta right now and is expected to launch officially sometime next week.

According to the official documentation for developers, Apple has mentioned a new “version 2 algorithm” for the algorithm Apple Watch uses to generate an ECG reading.

Apart from that, the documentation does not mention what’s included in the new version of ECG. There’s a chance it may offer improved accuracy while taking an ECG reading.

Apparently, though, the documentation indicates that the second version of ECG will only be accessible to users who have updated their operating systems to the latest versions. This means you will need to update your iPhone and iPad to iOS and iPadOS 14.3 and your Apple Watch to watchOS 7.2.

The ECG is a test that captures and notes the timing and the strength of the electric signals emanated by heartbeats which doctors can use to analyze irregularities in your heart rhythm. The Apple Watch also notifies you if it detects that there are chances of Atrial fibrillation (AFib) It’s only available on Apple Watch Series 4 and later (except the Apple Watch SE) in a few selected countries. You can read all about ECG on the Apple Watch in Apple’s Support Document here.

This post will be updated when new information comes out.