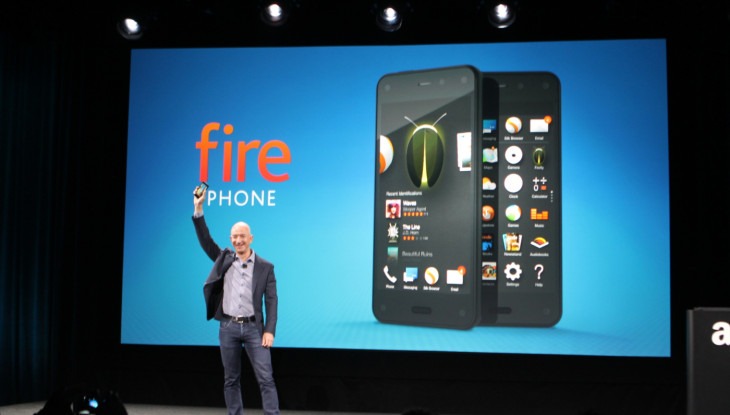 It turns out, Amazon is trying hard to provide its audience a better user interface for prime video.

When asked by a reporter on the fourth day of the Television Critics Association’s press tour in LA about if the company is planning for a new phone with a better UI for Prime users, Jen Salke, head of Amazon Studios said, “I haven’t felt an urgency to put a deadline on it.” Stating the reason, she said, “I went up there and met with them and they had a prototype phone that showed me the interface that they’re working on that’s about to be — that’s in the middle of being developed and coming soon.”

Jennifer says, “they actually created and sent me a prototype phone that’s in my office.” Well, she requested for the prototype so she could have a better understanding of what’s in the works so as to fend herself off of people who often criticize her for Amazon’s bad decisions regarding its flopped Fire Phone.

“I said, ‘I have to have that phone in Los Angeles Because I run into a lot of people like you … and myself at some point, you know? I was on the side of criticizing some of that as well. So it’s like where, you know, how can you answer the question of, ‘how is this going to improve?’ And they actually created and sent me a prototype phone that’s in my office, ”Salke says.

Adding to that, she said that the new interface is much more intuitive.

Jen Salke’s statement hinting at a new phone could be supported by a recent finding: in a record-breaking earnings report that Amazon released recently, the company quoted that it wants its “customers to be able to use Alexa wherever they are.” And this incited some analysts, who suggested that a new phone could be in the works.

Currently, Alexa is only available on Amazon’s smart home speakers, and as a  third party virtual assistant on some phones. But, it seems that the leading digital assistant company is visualizing the generalization of Alexa in the tech space. Amazon’s trying to create a monopoly with Alexa here.

This could be a step ahead for Amazon in achieving its goals in the streaming market.

“The new interface is much more intuitive.”

It’s good to see the retail giant compete in the streaming market to actually stand out this time.

Update: Jen Salke’s quotes were about a new software-based service. All hardware related instances are removed from this post.