All ‘You’ need to know about Apple’s new smart speaker: The HomePod 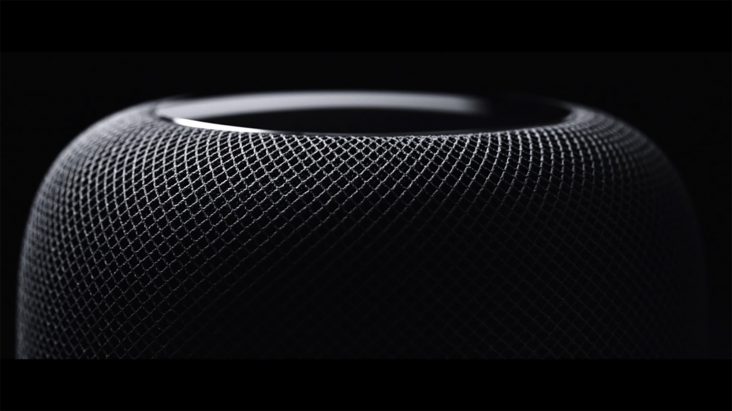 This is clearly an era of IoT (Internet of Things) devices. These devices tend to enhance our lifestyle and kind of,  automate everything. From turning on the pathway lights to toasting a waffle in the toaster, your voice is the only thing needed. With just a particular phrase like “Hey, Siri, turn the shades down to 50%”, it is not a difficult task to control and maintain your home anymore. This makes us remember the time we had to physically get up and change a channel on the television. Well, that process has got much easier nowadays.

Speaking of that, a smart speaker can be counted as one of the many applications from the vast world of IoT. Major companies are stepping into the smart-speaker market with their own iterations of virtual assistants embedded deeply in them. Humans are getting smarter and so are speakers! Amazon’s Echo proved to be a great deal for many users due to an array of good reasons, but mainly because of Alexa: Amazon’s assistant, built specifically for the speaker. At first, this product wasn’t being accepted as much by users just because it was initially a strange concept for them. But, as some started using it and knowing its real capabilities, they couldn’t stop involving it in their daily life.

After Amazon, JBL also launched its own smart speaker. But we aren’t going to mention it a lot in this post. Although, Google recently launched its speakers alongside the Pixel 2 and the Pixel 2 XL. The speakers come in two different sizes, one that could be placed anywhere easily due to its small form-factor, and the other one which basically has the looks of an air purifier; believe me or not! Well, it also has the infamous Google Assistant in its roots.

These assistants are more or less a complete package that you would essentially want for your needs. And these are the sole reasons those speakers are considered to be smart. And yes, they still do play music, if you had a doubt. But now, the super tech giant- Apple is stepping up into the arena with its own speaker- The Apple HomePod.

As compared to the other speakers available in the market as of now, this speaker is far more decorated than any other speaker out there. It looks very good as it is in the hierarchy of Apple to provide best-in-class design to its customers. Well, for those who don’t know, it looks like this: 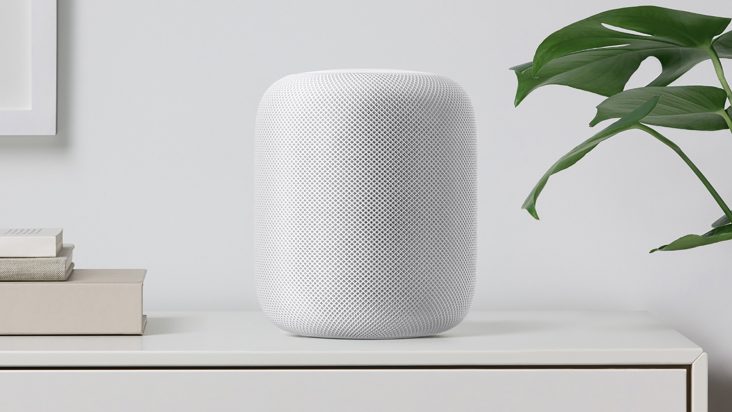 If this were to be described in words, many would call it a bubble! Not just the design, the speaker also sports some of the best in class tech inside it.

It is truly the SMARTEST speaker out there!

According to Apple, HomePod will adapt to the surroundings depending on where it’s stationed. If one has a song playing on the HomePod, which is kept at a corner, it will disperse sound in such a way that you could listen to every beat without distortion, with distinction. Moreover, it detects all the obstacles in its surroundings and based on that it, provides the listener with high-fidelity sound.

I’m sure you might be thinking whether how this all is possible on such a small speaker? Well, first of all, to start with, it has Apple’s A8 chip specifically designed for the HomePod. It has a high-excursion woofer with a custom amplifier. It’s seven tweeter array enables it to produce sound in all the directions and the mesh outer covering fabric enhances the experience even more. For a better Boombastic effect, it has a motor inside which displaces the diaphragm to a full 20mm range which could be considered great for a speaker so compact.

The tweeters, although, have a very complex task to perform. They create an immersive sense of space around the speaker enabling it to spread the sound throughout the room immersively and uniformly. Moreover, if you didn’t make out by this point, HomePod has the capability to produce 360 degrees sound.

The software is what makes it stand out!

Apple’s HomePod has a touch-sensitive panel at the top with an LED waveform that displays the standard ‘Siri’ interface. Siri, it plays the most important role. The only way HomePod can be controlled is using Siri. You can just say ‘Hey, Siri’ from anywhere in the room, and you are sure to get a response from the pod. It’s even more amazing as it detects your sound even when high music is blasting through its speakers. Although, the speaker interacts with the user in a very human-like voice. It has a ‘six’ microphone array that helps the speaker itself to listen to the user carefully.

You can use Siri to do everyday tasks that you perform on your phone using the same. For example, you can note down notes, control your home taking advantage of the HomeKit integration that Apple announced to the iPhone with the launch of iOS 10. Now, what is a speaker without music? Well, you can stream as well as download millions of songs from Apple Music’s vast library. It combines Apple engineered audio technology and mixes it with advanced software to provide you with the best experience ever. It’s not much hard to imagine those speakers used in parties soon after they are launched in the market.

Moreover,  the HomePod has a complex algorithm that continuously analyzes and dynamically tunes the low frequencies for a distortion-free sound. Indeed, all these algorithms are powered by the A8 chip that’s inside. Its main functions are to help buffer the music faster, to mix direct and ambient audio for a better sound experience, forming a beam so that the microphone can hear you throughout the room, and to cancel the echo that most speakers usually produce when they are kept in a room. Finally, one wouldn’t have to intentionally scream at the top of their voice just to interact with the speaker.

Also, did I tell you that the speaker smartly distinguishes the “Hey, Siri” command from your iPhone for itself? With all that, consumers have to sacrifice a lot of their money on the HomePod. It will be available in white and Apple’s flagship “Space Gray” colors. Its height is around 7 inches, particularly 6.8 inches (172mm). Its width is 5.6 inches to be exact (142mm). The HomePod weighs in at 5.5 pounds (2.5kg).

Additionally, this speaker has one more neat feature- when two HomePods are kept in the same room, they amplify the sound experience and work in unison. This is possible because of Airplay 2, which is a basic communicating medium between the two HomePods, just like Airplay between an iPhone and an Apple TV.

The HomePod costs a hefty $349 (Rs. 22,490). Even with this costly tag, HomePod is expected to sell well in bigger markets. Well, it can’t be said if it will do wonders in the smaller markets throughout the world. But, it sure seems to give Amazon and Google a tough competition.

The HomePod is also experiencing a delay and won’t launch into the markets until 2018.